THE Biden administration has blocked access to dozens of websites linked to Iran for spreading disinformation and supporting violent organizations, officials have confirmed.

The White House seized the websites just days after Iran elected the country's former chief judge Ebrahim Raisi as president – a vote US officials have insisted was "pre-manufactured". 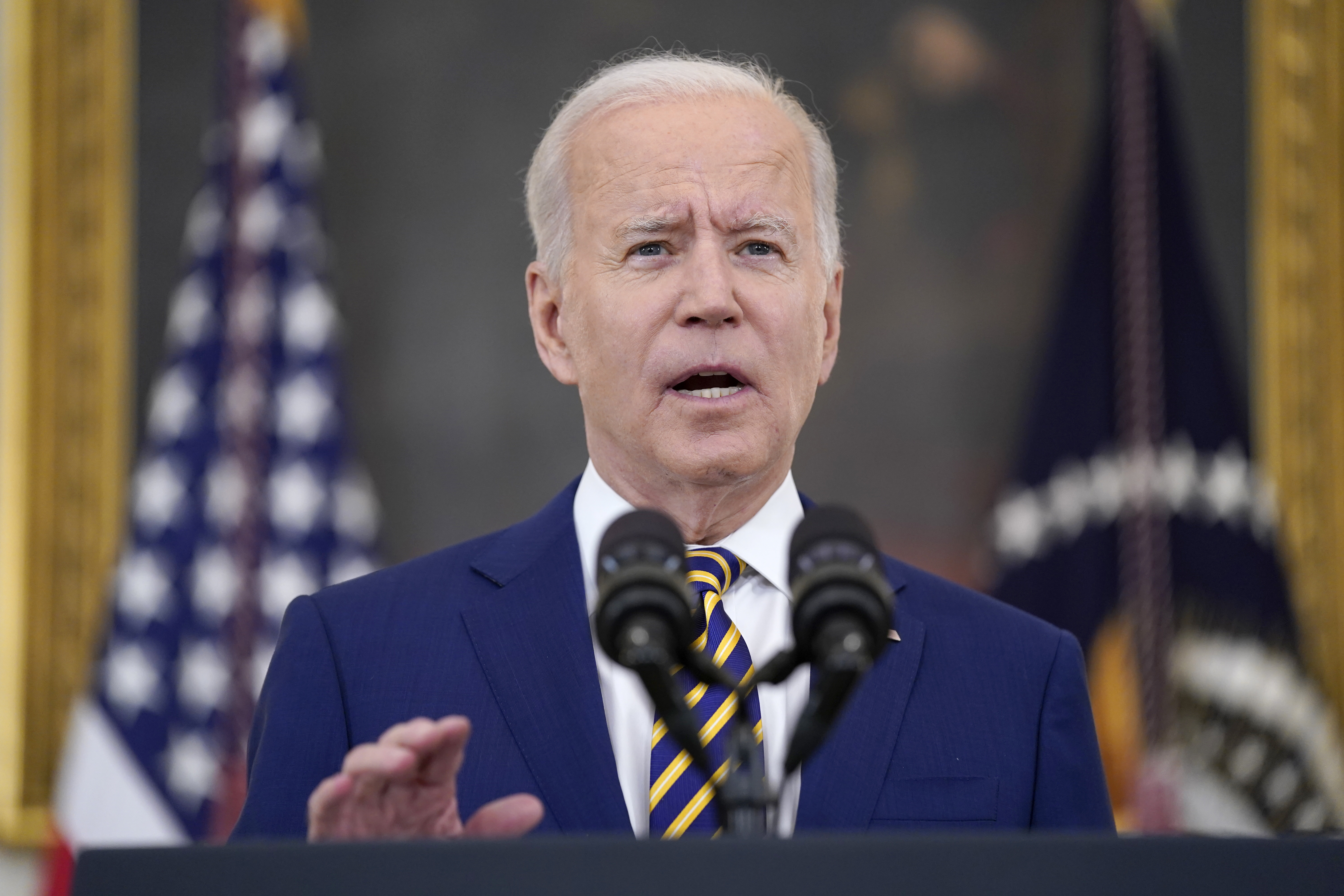 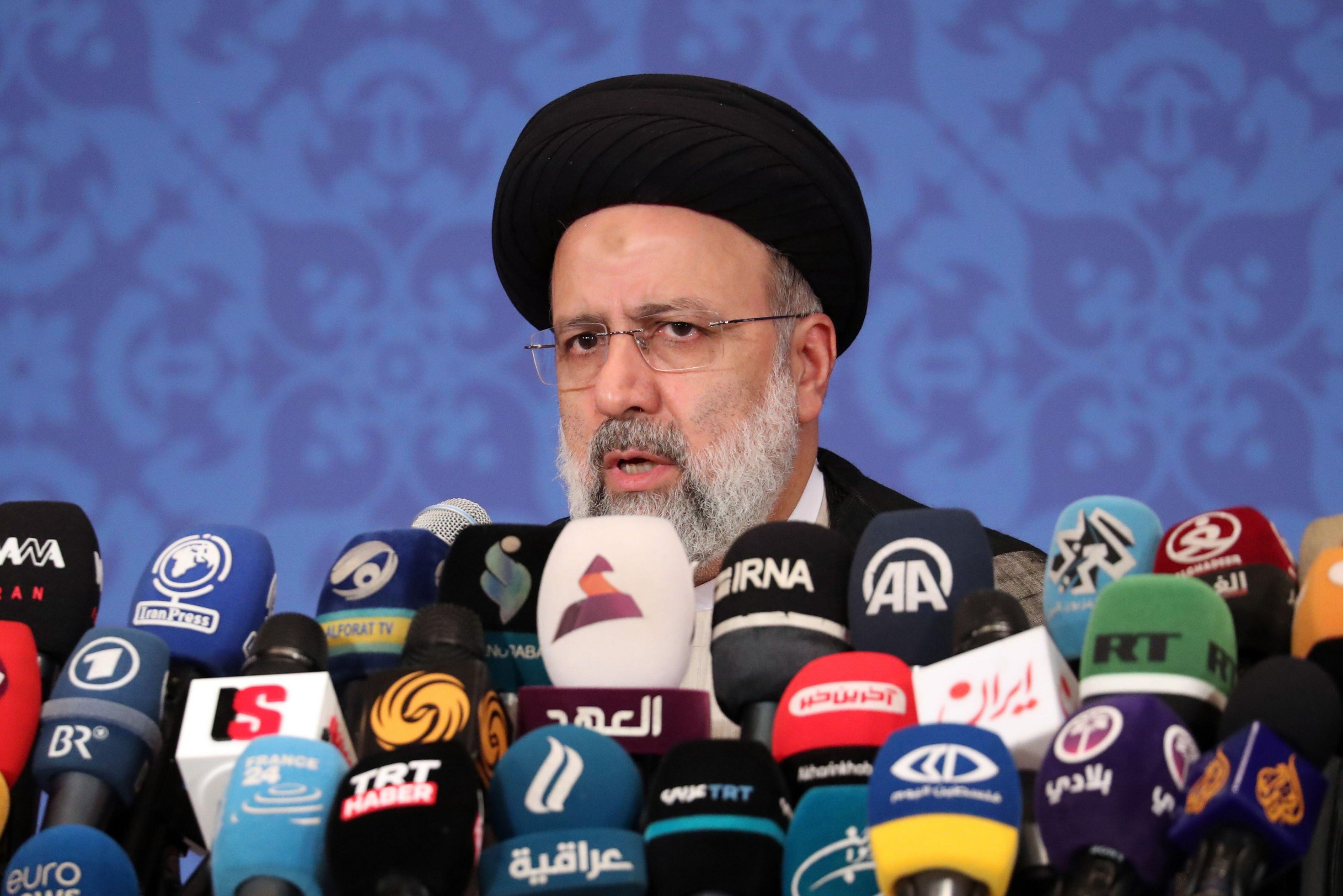 The US has previously accused Raisi of human rights abuses and has also imposed sanctions to prohibit any official dealings with him.

Also spelled Kataib Hezbollah, KH is one of the main Iran-aligned Iraqi militia groups and has been designated a Foreign Terrorist Organization by the United States.

Among the websites seized by the US was Iran's state-owned Press TV, and Al Alam, its Arabic-language equivalent, the department said.

Both came back online using Iranian domain addresses – Alalam.ir and Presstv.ir – within hours.

The Justice Department said the 33 domains used by IRTVU are owned by a US company and that IRTVU did not obtain a license from Treasury's Office of Foreign Assets Control prior to utilizing the domain names.

KH also did not obtain a license, officials said. 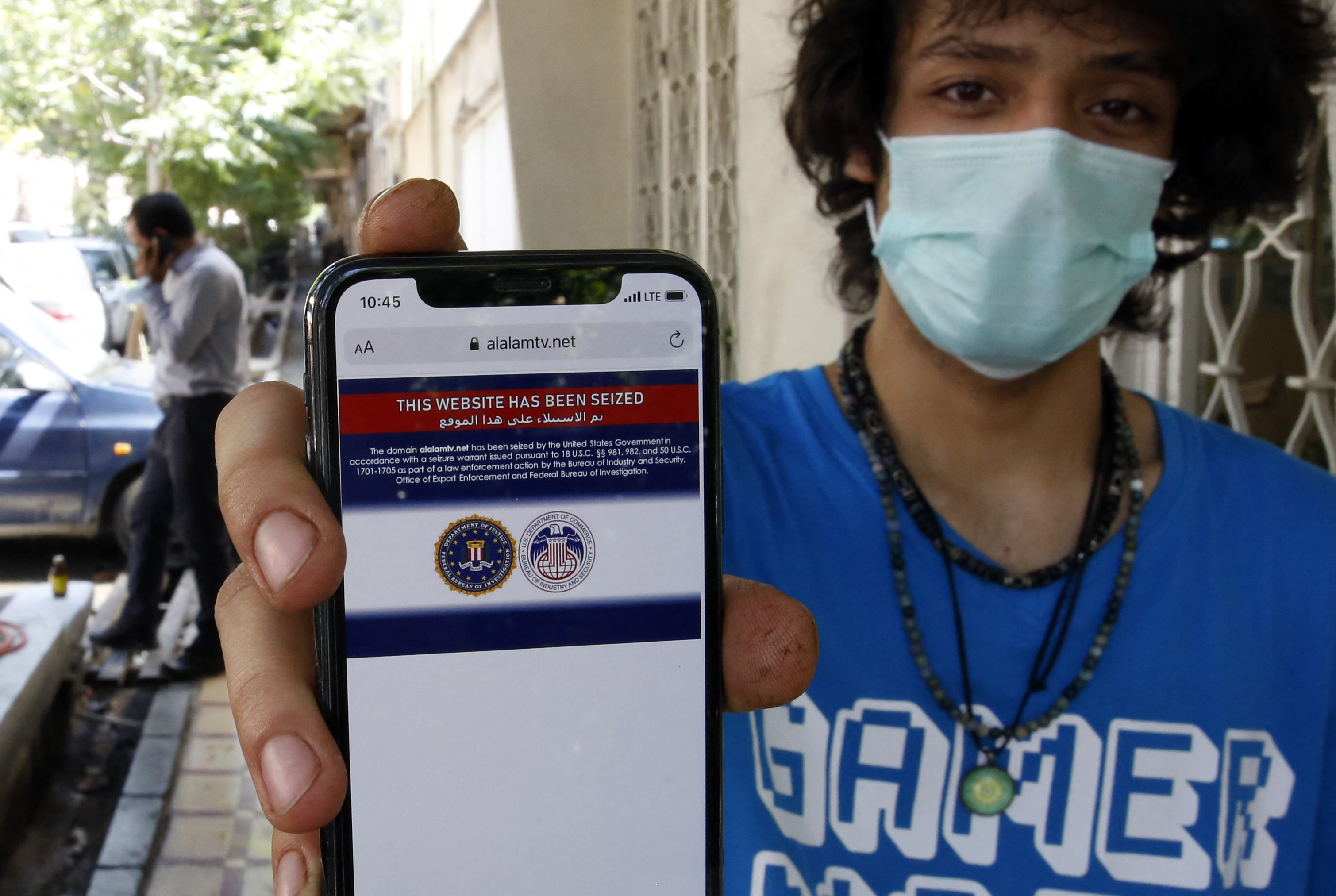 On Tuesday afternoon, a number of the affected sites displayed a red and white banner that warned in English and Persian that the domains were the subject of criminal and intelligence investigations.

Featured prominently in the banners were the seals of the FBI and Commerce Department.

Also seized by the US were websites for Iran-backed Houthi militia in Yemen and satellite and TV news channels that are dedicated to reports from Karbala, Iraq, Iranian media reported.

The website of the Arabic-language Masirah TV, which is run by the Houthis, read:

"The domain almasirah.net has been seized by the United States Government in accordance with a seizure warrant … as part of a law enforcement action by the Bureau of Industry and Security, Office of Export Enforcement and Federal Bureau of Investigation."

A US official told the New York Times that the seized sites were linked to disinformation efforts by Iran and other groups backed by Tehran.

Some of the groups involved included terrorist organizations that targeted coalition forces stationed overseas, the official told the outlet.

The semi-official Iranian news agency YJC agency said on Tuesday the US move "demonstrates that calls for freedom of speech are lies." 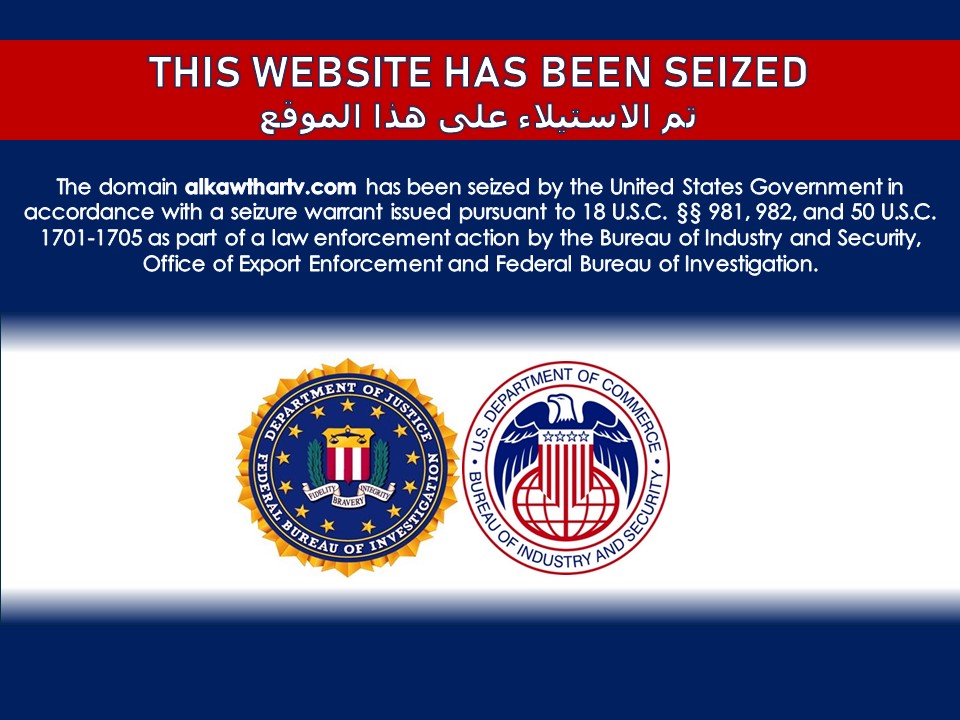 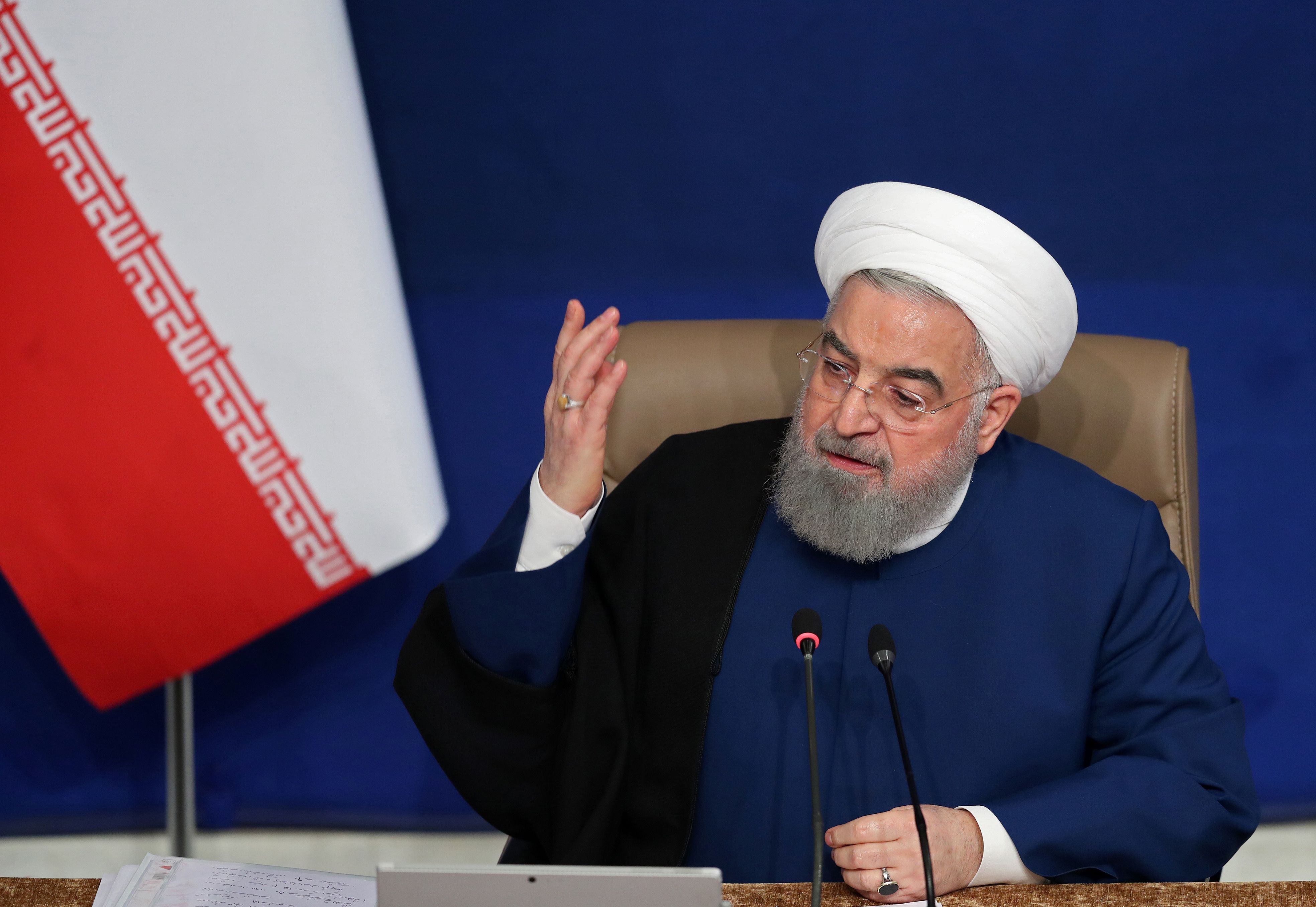 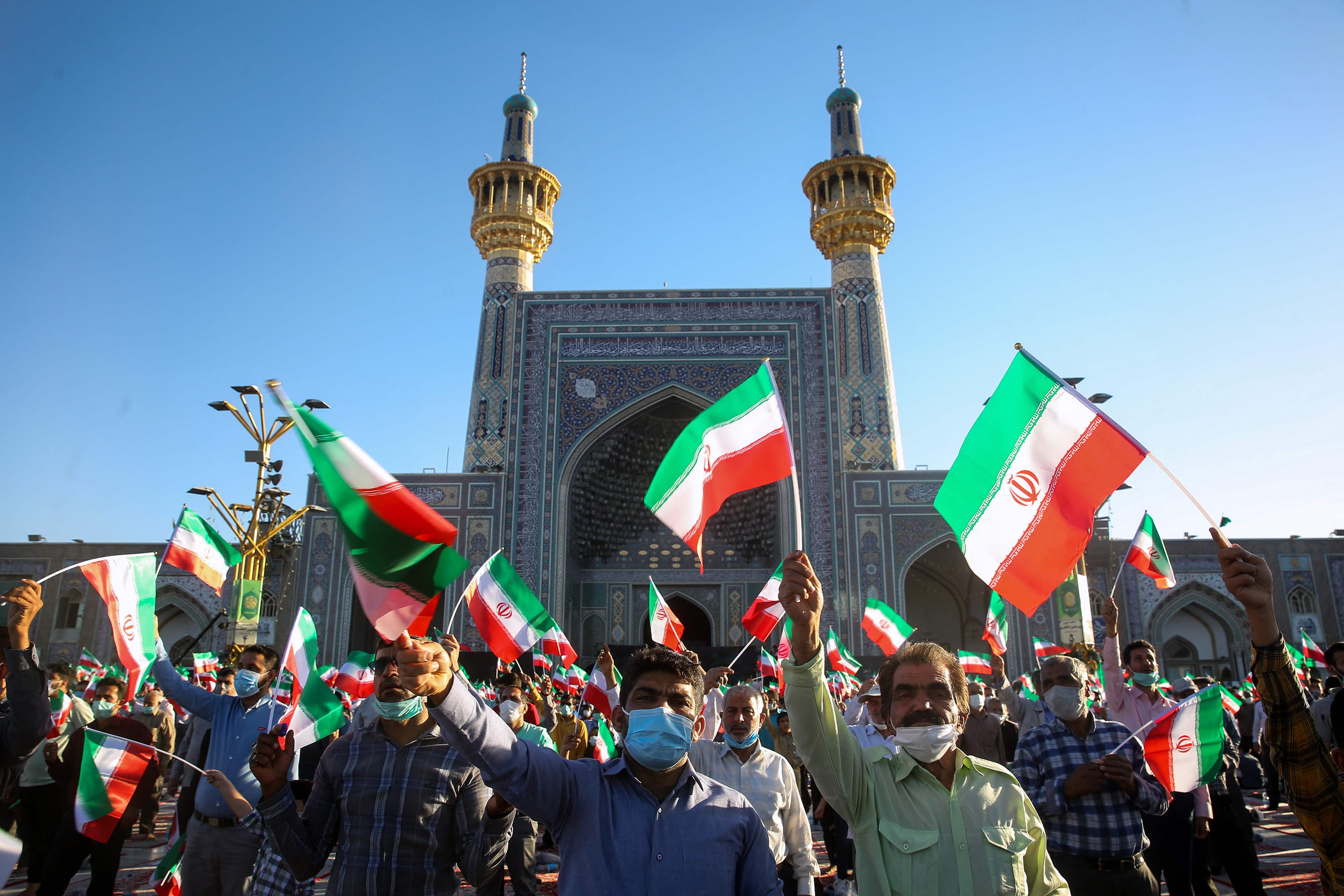 In addition to coming days after the election of hard-line president Raisi, the seizures also come after envoys for Iran and six world powers, including Washington, adjourned high-stakes talks on reviving their tattered 2015 nuclear accord.

The US State Department called the election of Raisi "pre-manufactured", after all of his main rivals were barred from running and overall voter turnout was 48.8 percent – the lowest it's been since 1979, CNN reports.

In a news conference earlier this week, Raisi ruled out a meeting with Biden and called on the US to lift its sanctions on Tehran and join the Iran nuclear deal.

The US government's seizure of the outlets is a potentially provocative move ahead of talks about the nuclear deal in Vienna.

The sixth round of those discussions concluded over the weekend.

America and Iran are not negotiating directly, leaving it to officials from Europe, China, and Russia to serve as intermediaries in the discussions.

Former President Donald Trump withdrew the US from the accord in 2018.

His successor, President Joe Biden, has previously stated that rejoining the nuclear agreement is one of his key foreign policy priorities.

Aides, however, have downplayed the likelihood a deal will be struck.