Could he be any more blatant?

Just days before the midterm elections on Nov. 8, President Biden has called for a baldly political windfall tax on “excess” profits of oil and gas companies. There’s no chance it will happen, which Biden knows. Only Congress can impose new taxes, and Congress isn’t in session right now. When it was in session earlier this year, Democrats who control both houses kicked around the idea of an oil-company windfall tax, and it got nowhere.

Biden says he’ll pitch the idea to the lame-duck Congress that returns after the midterm elections, but that doesn’t raise the odds that Congress will take up this bad idea. Republicans seem likely to win at least one chamber in the midterms, meaning they’ll be able to block Democratic legislation when the next Congress begins in January. But passing a windfall tax in the lame duck session, when Dems still have control, would require 60 votes in the Senate, to overcome the filibuster. Since Democrats only control 50 seats, they’d need 10 Republican votes. HAHAHA! They probably couldn’t even get their own Sen. Joe Manchin, the West Virginia renegade, to vote for the tax, so Democrats most likely don’t even have the votes among themselves for a windfall tax.

Why is Biden doing this? Obviously he’s trying to offload the blame for high gasoline and energy prices onto energy companies, just as Americans cast their midterm votes. But most voters have made up their minds, and some have already cast early ballots. Biden has been blaming energy companies for high prices all year, and there’s nothing about a phony windfall tax proposal that’s going to suddenly convince voters that this time, Biden probably means it. Especially since he doesn’t. 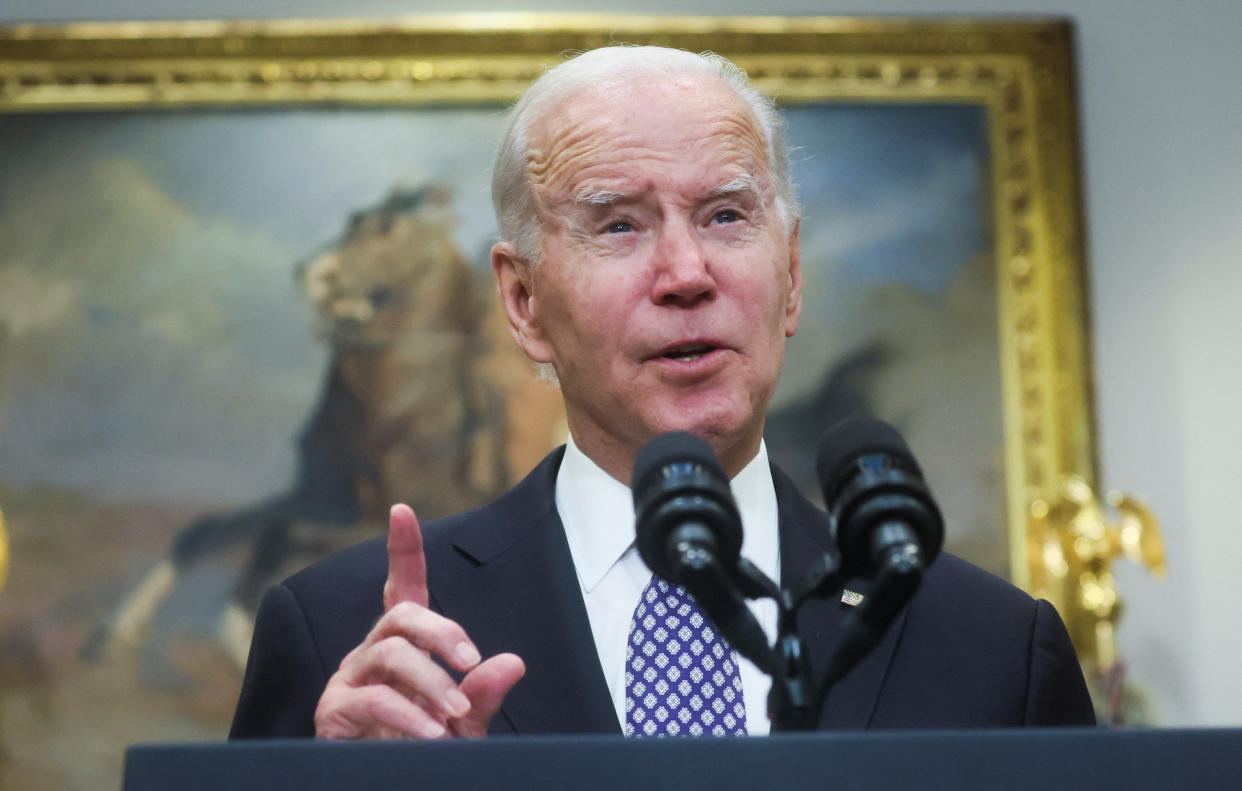 Maybe Biden thinks one last escalation in his verbal war against energy companies will motivate liberal, oil-hating Democrats to vote when they were planning not to. Is this plausible? If liberal voters aren’t motivated by the conservative Supreme Court overturning the Roe v. Wade abortion protections this summer, is an oil tax scheme really going to get them over the hump?

Maybe there’s a crucial sect of climate-only voters who would otherwise stay home on election day, unless a punitive oil-company tax is on the ballot. If so, political strategists will be writing some new rules after Democrats stage stunning upset victories on Nov. 8, thanks to the windfall-tax effect.

If that doesn’t happen, Biden’s windfall-tax idea will die the death it deserves on Nov. 9. Oil companies including Exxon Mobil, Chevron, Shell and BP have been lodging record profits this year for one obvious reason: The global price of oil has been high. But oil companies don’t control the price of oil. It’s determined in markets by supply, demand and exogenous factors such as Russia’s needless war in Ukraine, and its parallel effort to wage an energy war against Ukraine’s allies. When oil prices are high, oil producers benefit. It’s also true that when oil prices plunge, oil producers suffer. Little-known fact: Exxon, which is on track to earn a record $50 billion this year, lost $22 billion in 2020, when the COVID pandemic caused a collapse in the demand for oil. Nobody wants to subsidize oil companies when they lose money, so why should we punish them when they make money?

As Biden probably knows, when production costs rise, through taxes or inflation or anything else, producers try to pass those higher costs to consumers through higher prices. Sometimes it works and sometimes it doesn’t, depending on the nature of the competition. Given that refining capacity needed to turn oil into gasoline is very tight, it’s possible that oil companies could pass tax hikes onto consumers through higher retail prices. Biden’s windfall tax would backfire.

There’s also no rationale for windfall taxes spurring more production, which is what Biden really wants. Why would companies facing higher costs produce more? They wouldn’t. But they might produce less, if they could optimize marginal profit by doing so. Another backfire.

Biden isn’t even targeting the right type of inflation. Gas prices have dropped sharply from the June high of $5 per gallon. The current average is around $3.75. A more persistent problem is the cost of diesel, which is a crucial input cost in the production of food and many other things. Gasoline prices are down 25% from the June peak, while diesel prices are down just 5%, and remain close to record highs.

Diesel prices have spiked, and stayed high, for a variety of reasons. Commercial demand for diesel bounced back faster from the COVID pandemic than retail demand for gasoline. Refining capacity is down, and a US ban on Russian energy imports affected diesel stocks more than gasoline. These imbalances may sort themselves out by next spring, but for now, high diesel prices are one reason food inflation is at 13%, and many other products cost more than they should.

It's very likely inflation will moderate into 2023, as Federal Reserve rate hikes work their way through the economy and demand dries up. There are already signs inflation is ebbing in the wholesale economy, which means price compression should materialize in the retail sector in coming months. Until the midterms are over, however, magical thinking on inflation might be the best voters can hope for.

Click here for politics news related to business and money

Read the latest financial and business news from Yahoo Finance

Download the Yahoo Finance app for Apple or Android