Private providers have taken over from two Melbourne councils to provide in-home aged care despite lacking the staff to service all the additional clients as low wages and poor conditions fail to attract workers.

Aged care giants Mecwacare and Bolton Clarke have taken on the in-home care of elderly residents after the Mornington Peninsula Shire and Boroondara councils stopped providing the services, leaving thousands of residents without care. 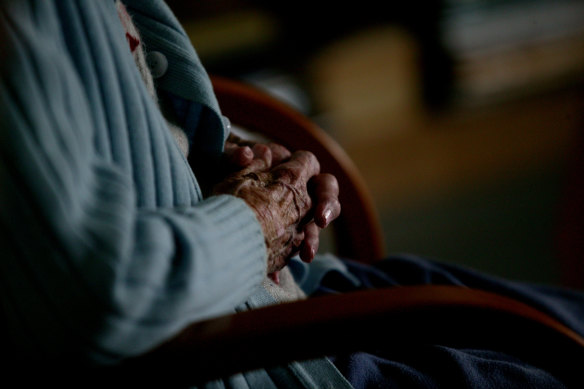 Private providers are failing to recruit staff for in-home aged care in Boroondara and the Mornington Peninsula. Credit:Virginia Star

At Boroondara City Council, aged care staff were paid around $34 an hour, received a travel allowance to get to homes, and were paid to receive training and attend meetings.

By comparison, the Australian Services Union said Mecwacare and Bolton Clarke pay award wages of $24 to $25 an hour and workers have to pay for travel and other costs themselves.

The Municipal Association of Victoria said last week that 23 councils around the state were discontinuing their aged care services or had already done so.

One former aged care worker who was employed by the Boroondara council for eight years said she took a redundancy package rather than a role at Mecwacare.

“I heard that the pay and everything was not as good as at the council,” the former worker, who wanted to remain anonymous, said. “Most [staff] just left. Some people retired and some found another job.”

Another former Boroondara aged care worker, who also wanted to remain anonymous, said he enquired about a job at Mecwacare, but after discovering how low the wages were, he decided to look for work elsewhere.

“The conditions at Mecwacare are not particularly great and most of the carers who did not retire would be looking at other types of work,” he said. “The council provided excellent aged care services with good conditions for workers.”

He said he was shocked neither the council nor the federal government, which is responsible for aged care, did due diligence on Mecwacare’s capacity to take on hundreds of additional clients.

“I don’t know who is more to blame, the council or the government. Maybe it doesn’t matter; maybe they are both to blame.”

The aged care sector has chronic workforce shortages, and the federal government told the Fair Work Commission this week that pay rates in the sector should be “significantly higher”. 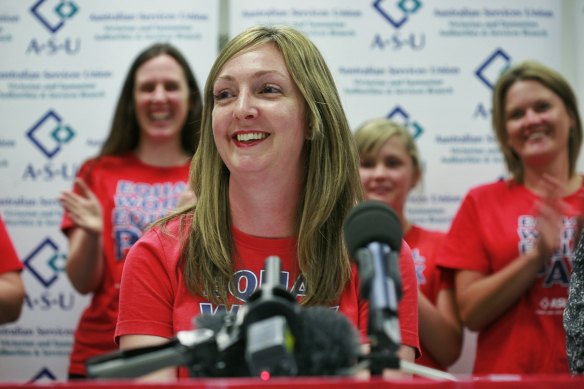 “This is the Uberisation of in-home aged care, with some providers not even paying workers for the time they spend driving from one elderly client to another,” she said.

“There were significant limitations in the ability to manage the transition over a longer period due to the redundancy actions undertaken by the councils, which prevented an orderly transition of clients to any new provider,” the spokesman said. “Mecwacare and Bolton Clarke are onboarding staff and transitioning clients as fast as possible to minimise disruption.”

A Bolton Clarke spokeswoman declined to comment on how much the contract to provide services in the Mornington Peninsula was worth or whether the company was being paid for services it was not providing.

“With the ongoing workforce impacts of COVID-19 across the sector, we are continuing direct outreach into the local community with active recruitment strategies,” she said.

“As part of the transition of services, information sessions were held with council care workers supporting CHSP [Commonwealth Home Support Programme] clients, with all staff encouraged to apply and sign on, and retention bonuses offered.”

Mecwacare did not respond to a request for comment.