Round of change: BMW’s iconic logo gets a minimalist redesign that shows the car’s colour through the outer ring

BMW is redesigning its iconic roundel logo with a more minimalist design.

The basics of the car manufacturer’s emblem remains the same, with the centre still retaining the blue and white colours of the Bavarian state from which the company originates.

But the black outer circle bordering the crest is being replaced with empty space, meaning the car’s own colour will fill the gap.

As part of the redesign, a retro font also spells out the letters BMW to give the logo a fresh and different appearance. 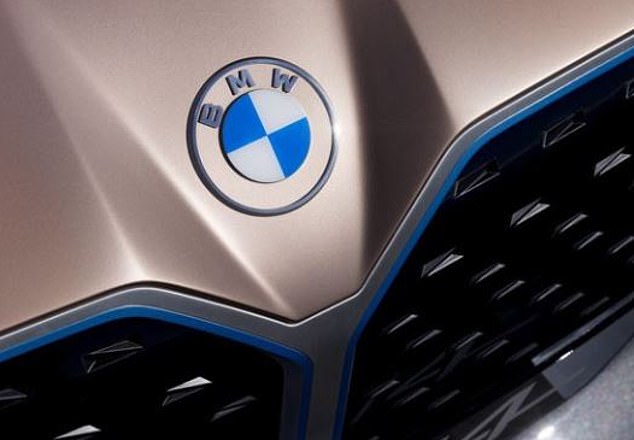 The black outer circle bordering the crest is being replaced with empty space, meaning the car’s own colour will fill the gap 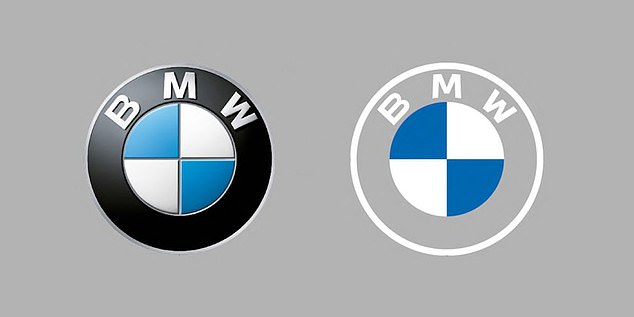 The aim is to make the new battery-powered BMW i4 electric prototype – designed to take on Elon Musk’s Tesla Model 3 – and the German manufacturer’s future cars sound cool.

That’s because while the prototype i4 has dramatic performance, the near silence of the electric drive can risk making the experience feel soulless.

To counter this BMW has sought put some aural heart and emotion into battery-powered motoring to help overcome the lack of sound drivers have grown used to from conventional petrol and diesel engines. 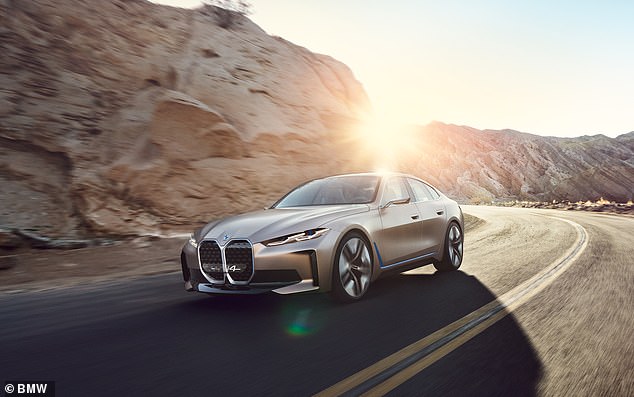 Soundtrack over silence: This is the Concept i4 from BMW – an electric car that makes a sound when it moves that’s been scored by an Academy Award winning film composer

Rather than leave things to chance, BMW has hired the services of the top blockbuster film composer who penned the music to movies including Gladiator, Batman, Pirates of the Caribbean, The Last Samurai, The Da Vinci Code, 12 Years a Slave, and Dunkirk.

He also won an Academy Award for his original score for The Lion King, and has worked on the forthcoming 007 movie No Time to Die and the new Tom Cruise film, Top Gun: Maverick.

He launched the new electric-drive soundtrack for the i4 at its world premiere today.

The ‘ready-to-drive’ and ‘start-stop’ sound for all-electric BMW models and BMW plug-in hybrids will be introduced as a standard feature worldwide from July 2020.