Pen pals: London boy, 6, forms an unlikely friendship with a girl in Yemen who was injured in an airstrike after hearing of her story and writing her a sweet letter

A boy from London has formed an unlikely friendship with a Yemeni girl who was injured in an airstrike, after he decided to write her letter.

Apollo, 6, felt compelled to write to Razan, whose real name has been changed, after hearing of her story in a campaign run by the children’s charity Save the Children.

Born in the war-torn city of Hodeidah, Razan and her family were forced to flee their home during an airstrike. In the attack, shrapnel from a bomb seriously injured Razan’s eye. 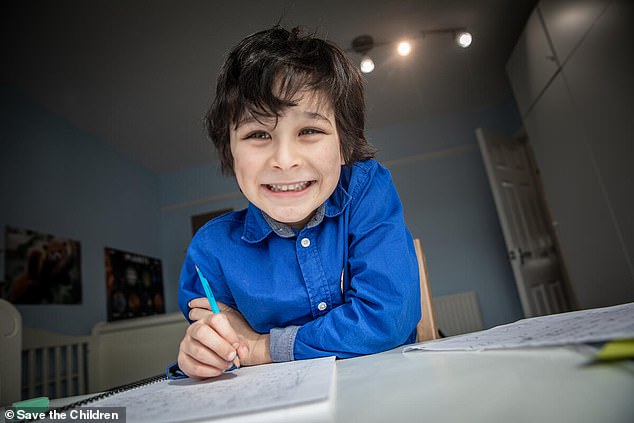 Apollo, 6, writing a letter for his Yemeni penfriend, Razan, aged 8, from his bedroom in London 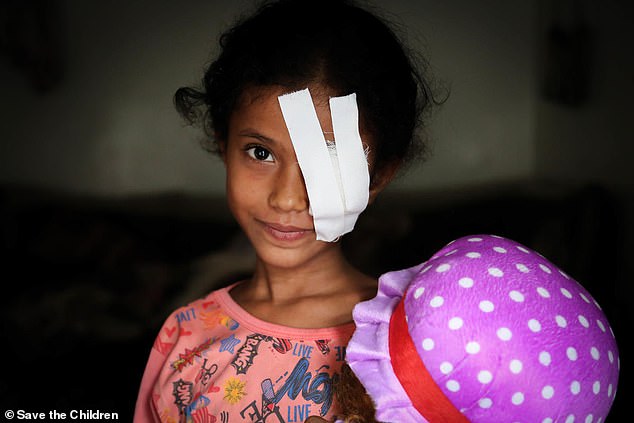 Once recovered from her injuries, Razan (pictured) sat down to return a letter to her new pen pal. ‘I like black and white rabbits,’ she replied

Struck by her story, Apollo decided to put pen to paper and write to the eight-year-old. ‘How are you?’ he asked, adding, ‘Do you like animals too?’

Apollo didn’t expect to hear anything back. But after being transferred to a specialist hospital with the charity’s support, Razan’s eyesight was saved, and, incredibly, she wrote back.

Once recovered from her injuries, she sat down to return a letter to her new pen pal. ‘I like black and white rabbits,’ she replied.

Over the past year, the pair have exchanged touching letters detailing their hobbies, favourite animals and family trips. 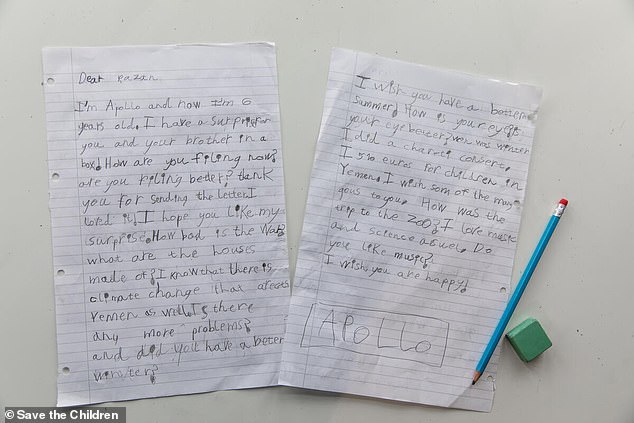 A letter written by Apollo to his Yemeni penfriend Razan. Over the past year, the pair have exchanged touching letters detailing their hobbies, favourite animals and family trips

Apollo’s compassion towards the people of Yemen goes back a long way, according to Save the Children.

When he first learned of the conflict there, aged just three, he began fundraising with his family. On his third birthday, he held a party and asked his guests to donate to Yemen, rather than give him birthday presents. He’s also played the cello at concerts to help raise more funds.

His penpal Razan is still receiving psychosocial support from Save the Children specialists to help her deal with her experiences. However, she said, ‘I’m happy. I’m not going back to the hospital and I’m happy that I’m alive.’

Save the Children’s Children and Armed Conflict Director, George Graham, said: ‘The story of Apollo and Razan’s friendship is incredibly humbling.

‘Despite their differences, separated by a vicious war and living half a world apart, they are united by their human connection.

‘These children serve as a timely reminder to us all that kindness is a universal language.’ 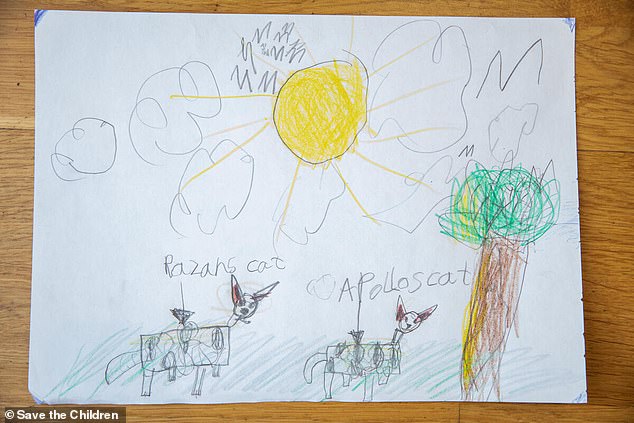 A drawing by Apollo, 6, for his Yemeni penfriend Razan, 8. Save the Children’s Children and Armed Conflict Director, George Graham, said: ‘The story of Apollo and Razan’s friendship is incredibly humbling’

Yemen has not yet detected a case of COVID-19, likely because of its weak disease surveillance systems.

Public health experts have been warning of catastrophic consequences if the illness spreads to the Arab world’s poorest country, which is mired in a bloody civil war.

Mr Graham said: ‘At a time when healthcare in the UK has never been under more pressure, it is sobering to think about the catastrophic devastation that coronavirus could cause in a country like Yemen whose health system has been decimated by war for five years.’