Bright and Hove Council has left residents furious after authorities told them to dispose of their own rubbish because bin collections had been missed ‘because of coronavirus’.

People have been told to take to their own waste to the tip rather than wait for bin lorries.

It has also urged people with cars to take the rubbish of friends and neighbours who are unable to do so.

The move by Brighton and Hove Council has infuriated residents – specially the elderly – who have no means of disposing of rubbish. 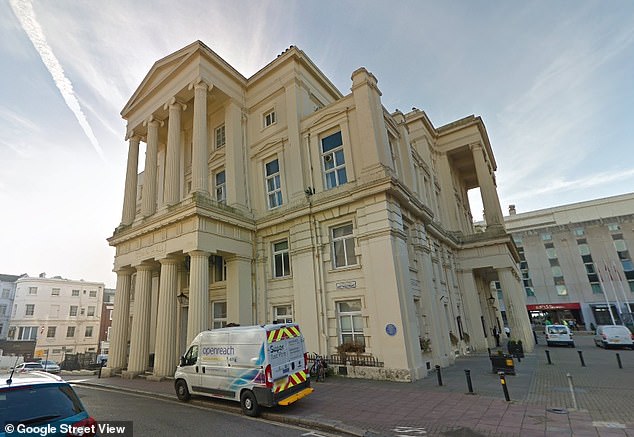 Eileen French, 75, said: ‘What are the elderly supposed to do. We have bins overflowing into the streets and no way of getting rid of it. I think it is disgraceful the council has made this announcement so soon into this crisis.

‘Coronavirus raises all sorts of public health concerns and the council seems to be abdicating responsibility.’

The council made the announcement after a torrent of complaints about missed bin collections this week.

It said Cityclean – which collects household bins – will no longer be able to catch up on missed bins.

It also warned traders may have to place their waste in communal bins if Cityclean’s resources dwindle.

Instead the city council is encouraging residents to take waste to recycling sites in Hove and Brighton. 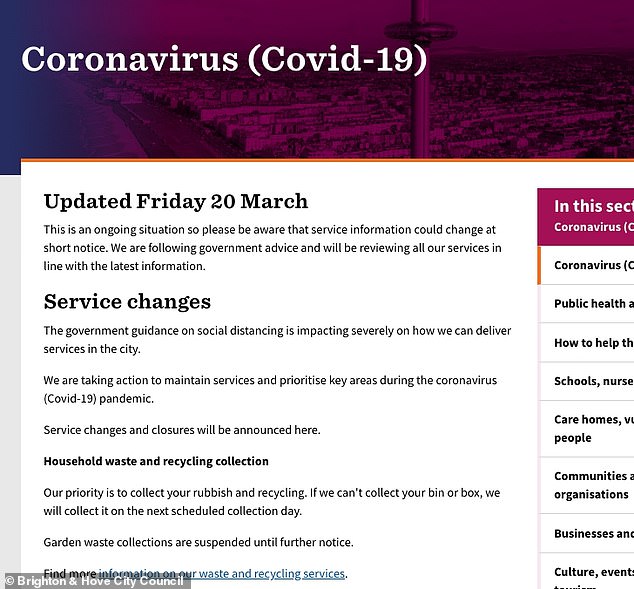 Ellie Wood, who loves in the city, said: ‘At times of stress it is up to the council to try and maintain basic services. Rubbish strewn across streets is a clear sign of civil breakdown.

‘The council has a responsibility to maintain collections not just from a health and hygiene position but also to reassure residents that there won’t be some total deterioration of services.’

Another residents said: ‘This the exact moment they should be going the extra mile, for all of us, including themselves.

‘If refuse starts piling up in the streets, other diseases will spread, put extra strain on the NHS. The bin collectors will not escape these consequences either.’

A spokesman for the council the bin service’s telephone hotline to report uncollected bins will close from Monday.

They said they had also suspended all garden waste collection for two weeks and the cancelled litter enforcement.

A spokesman for Brighton and Hove Council said: ‘We will be unable to catch up on missed work. If a collection is missed, residents’ next collection will take place on their next scheduled collection day if possible

‘Residents can take any type of waste to the two Household Waste Recycling Centres (HWRS). This can include taking friends and neighbours waste if they can’t get there by car.’