A BRIT tourist has died after getting into difficulty while swimming in a pool in Malta.

Chris Dodd, 27, was swimming at Triq it-Trunċiera, St Paul's Bay at around 7.45pm on Thursday when he "encountered difficulties". 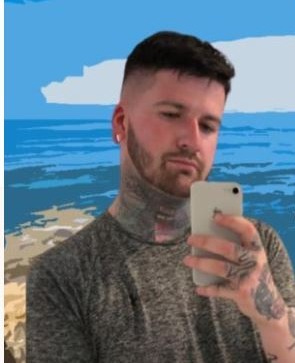 According to local police, attempts were made to give him first aid at the scene before he was rushed to Mater Dei Hospital, where sadly he died.

Pals have set up a GoFundMe page to help cover his funeral costs – with more than £5,500 already raised.

Friend Anthony Cade said: "Chris was 27, and was a warm hearted person who loved life and seized every opportunity to smile and have fun.

"His family are not well off and the significant cost of bringing Chris home and paying for a full funeral could be too large for it to even be a possibility for them.

"Chris was a friend to so many, so whether you donate £1, or £100 we want to raise as much as possible so that his family doesn't have to shoulder the burden of worrying how much it costs to have their son return home one final time."

Chris' younger brother Callum Dodd, who lives in Runcorn, Cheshire, has thanked well-wishers for their support.

The 25-year-old told Runcorn and Widnes World: "The amount of people that have reached out to us saying how kind he was, how nice he was and he was always smiling.

"I’ve not heard one person say anything bad about him so it’s just really nice that everyone’s being super nice to us.

“Everyone’s been unbelievable for us and it’s helped a lot."

A spokesman said: “A 27-year-old man from the United Kingdom has unfortunately lost his life after he encountered difficulties while swimming in a pool at Triq it-Trunċiera, St Paul's Bay, yesterday, at around 1945hrs.

“The man was given first aid by people on site while waiting for paramedics and an ambulance took him to Mater Dei Hospital for treatment but was pronounced dead shortly after arrival.