British passengers were thrown off a flight from Bulgaria to the UK yesterday after other travellers accused them of being possible coronavirus carriers.

The incident took place before takeoff at Sofia Airport at 8pm yesterday on a flight to London.

The video shows several passengers demanding that the British group is removed from the plane before the captain announces his decision to eject them. 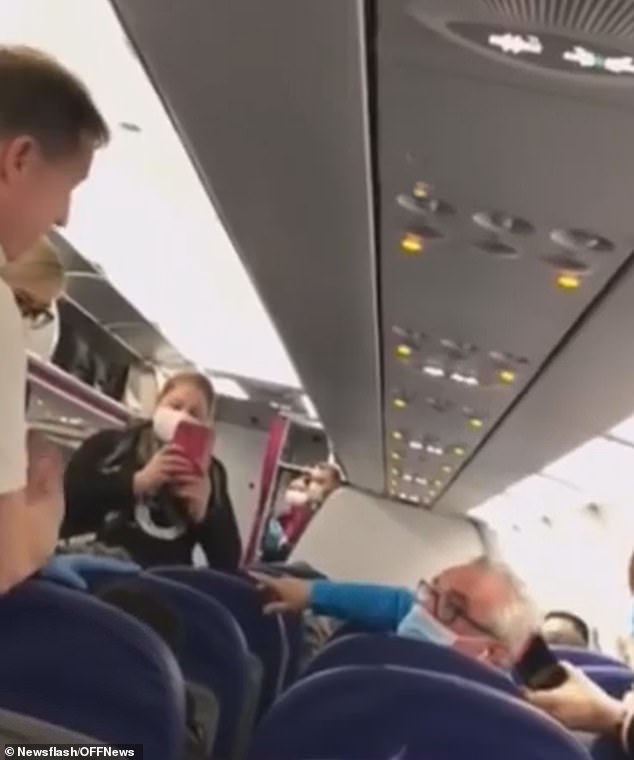 A group of passengers, pictured, returning from Sofia to London, are said to have demanded that a group of six British tourists were ejected from the plane due to coronavirus concerns 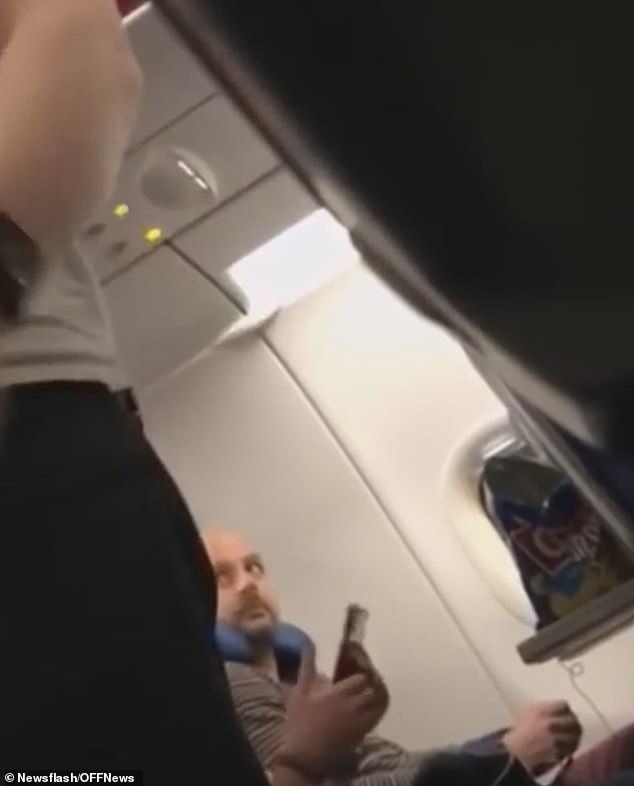 A man, to the left of the screen, can be seen discussing the problem with an unidentified man. The Briton suggests that the group of six people are moved to the back of the plane bound for London, with another space left between them and other passengers. It’s not known whether the man was part of the group of suspected infectees

Throughout the clip, a British man speaks with an unidentified passenger, trying to persuade him to allow the group of six Britons to take up the last rows at the back of the plane.

This, he said, would enable them to keep a safe distance from the rest of the passengers. The man he is talking with rejects the proposal.

One of the passengers even suggests that Ryanair and Wizz Air could organise a separate charter plane for the six passengers, who are suspected of coming from a quarantined ski resort in Bansko.

One passenger says: ‘I understand that you want to go home, but the whole town is under quarantine and they put these people on this plane.’ 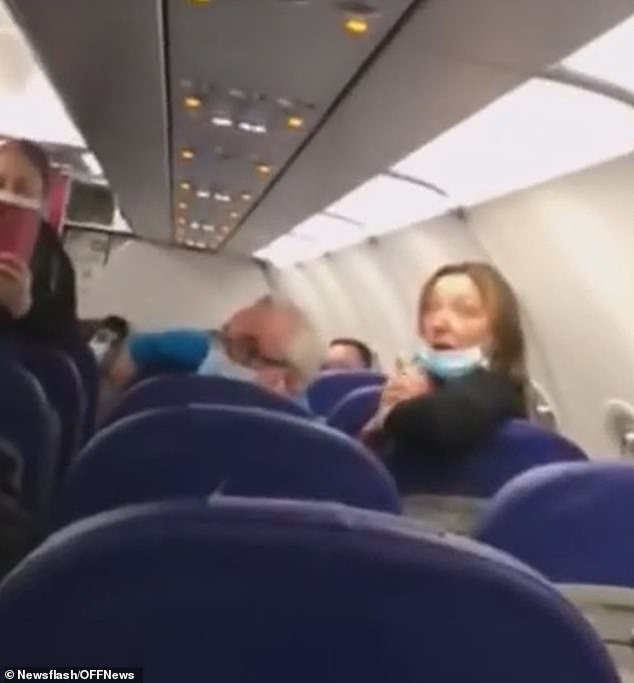 Pictured: A female passenger can be seen saying that the British tourists should be ejected from the flight at Sofia airport last night

Another passenger suggests: ‘The captain needs to make a decision if the people should to stay on the plane.’

Towards the end of the clip, the captain can be heard over the loudspeaker, saying: ‘The final decision is we will depart without these passengers.’

Many passengers applaud the decision and the cameraperson shows the thumbs up to the camera.

According to local media, the Bulgarian ski resort of Bansko has been placed on lockdown after a British tourist infected three Bulgarian nationals with COVID-19.

Earlier this week, a nine-year-old British child reportedly tested positive for the virus while on a skiing holiday there and the family was placed in quarantine.

It is unclear whether the ejected British passengers were associated with the family, but a number of passengers appeared to believe so.