A British soldier has been killed in Ukraine after travelling to the country to help with their fight against Russia.

Simon Lingard, who served in the UK’s Special Forces, died on Monday and is believed to be the third British national to die so far in the war in Ukraine.

The father-of-two, who served multiple tours in Afghanistan with the British military, died ‘fighting for what he believed in’, his family said.

Lingard, who is known as ‘Grimmy’ and described by friends as a ‘warrior’, is believed to have been fighting alongside Ukrainian troops on the front line for months following Russia’s invasion of Ukraine in February.

But his son, Jackson, wrote on Facebook that his father died after his troupe was attacked by Russian soldiers in Ukraine.

He wrote: ‘After years of dedicating his time and effort to protecting our country, my dad, Si Grimmy Lingard, still had more fight in him and left the country to protect the people of Ukraine against the Russian army too.

‘My heart is broken to announce that his troupe was attacked and dad has passed away in battle, a true hero and beloved to so many of us. 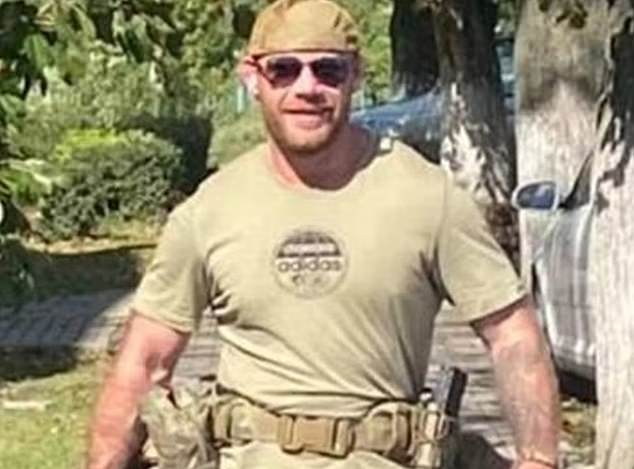 ‘I can’t put into words how much he is (and will be) missed, but I’m comforted to know that this happened doing what he loved and surrounded by friends. I love you dad, I’m so proud of you.’

He added: ‘The Ukrainian military have offered to pay the fees to bring him back home to us, but we still need some support to give him the goodbye he deserves.’

Lingard’s family have so far raised more than £7,000 on GoFundMe for Lingard’s funeral.

One of his children wrote on the crowdfunding page: ‘As most people are aware my Dad Simon Lingard, (Grimmy) sadly lost his life in Ukraine on Monday 7th November.

‘My Dad was an inspiration to all who knew him, a real life hero who died fighting for what he believed in.

‘He was loved and adored by so many a true representation of what a soldier should be. Me and Keane are absolutely heartbroken.’

They added: ‘The Ukrainian Military have offered to bring him home to England but we need help to show him the respect and adoration he deserves by giving him the greatest well- deserved send off.

‘Could you all please find it in your heart to donate anything no matter how small so we can honour our Dad and allow him to finally Rest in Peace.’

This is a breaking news story, more to follow…