Businessman, 51, is fined £10,000 for using dead man’s membership card he bought on eBay in ‘despicable’ bid to get into Lord’s cricket pavilion during Ashes test match 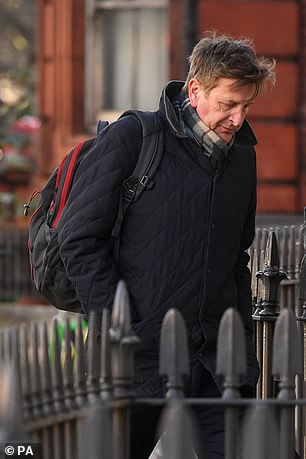 James Lattimer, pictured, used a dead man’s Lord’s Cricket Ground membership card to gain access to the pavilion. He has been fined £10,000 and received a suspended jail sentence

A businessman who used a dead man’s Lord’s Cricket Ground membership card in a ‘despicable’ bid to gain access to the best seats at the venue has been spared jail but fined £10,000.

James Lattimer bought the card on eBay, giving him a ‘passport to a prestigious world’ in which he had access to an exclusive members-only area of the world-famous ground.

Despite not actually being a member, the father-of-one was even sporting a Marylebone Cricket Club tie when he was stopped at the London venue last August.

The 51-year-old had put his photograph onto a card which belonged to a member who died in 2014.

He had bought a general ticket to enter the ground but carried the membership card to get into the exclusive pavilion.

Lattimer, who was stopped by security on suspicion of a separate offence of which he was later acquitted, pleaded guilty to fraud in November.

Edmund Blackman, prosecuting, said: ‘The defendant was visually identified as a suspect for an offence committed at that cricket ground a year previously.

‘He was stopped by security and also police attended and noticed the defendant to be drunk.

‘They attempted to establish the identity and only form of identification he had was a member’s card in the name of DM Bacon, which had this defendant’s photograph on it purporting to be for 2019.

‘Also in his possession was a ticket which gave access to the cheapest area of the ground and would allowed access to the Lord’s.

‘Further examination of Mr Lattimer’s was arrested in relation to a matter from 2018. 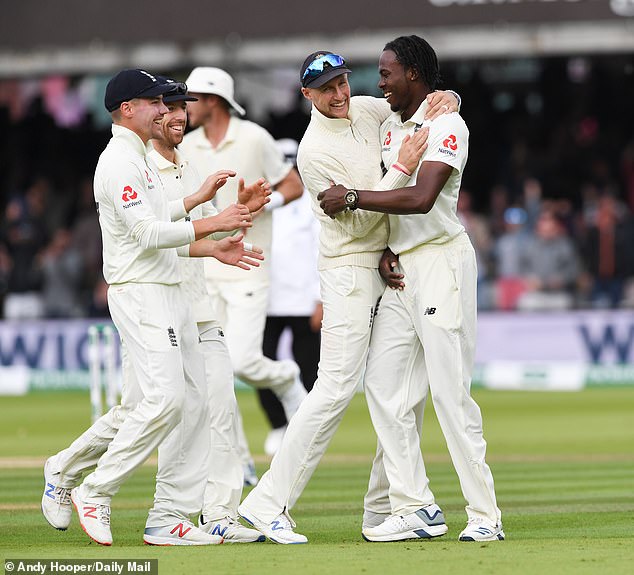 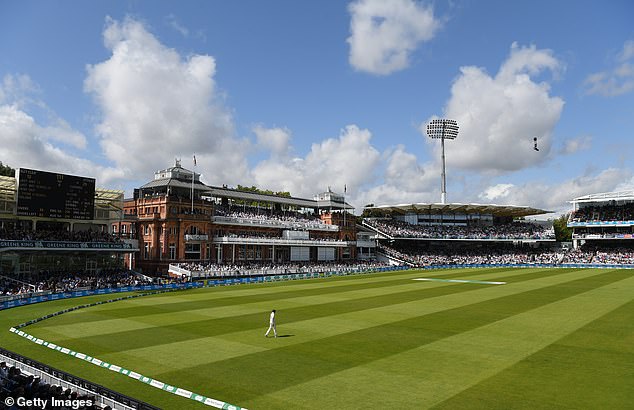 Sentencing Lattimer on Wednesday Judge Michael Grieve QC said: ‘The use of a deceased person’s identity for any purpose is despicable and likely to cause great distress to (their) relatives’

Lattimer told officers he had bought the pass on eBay.

‘A genuine membership card belonging to DM Bacon was also in his wallet, being a member who sadly passed away in 2014.

‘It would appear that the defendant had obtained this genuine form of identification, entered it into a computer and printed it out and put it into his wallet.

‘A genuine card such as this allows access to Lords and also to the member’s pavilion, all matches played at Lord’s.’

Sentencing Lattimer on Wednesday Judge Michael Grieve QC said: ‘The use of a deceased person’s identity for any purpose is despicable and likely to cause great distress to (their) relatives.’

He added: ‘The forged document was your passport to a prestigious world and the best seats in the ground.

‘What you gained was very sought after.

‘You acquired the privilege people wait half a lifetime to acquire.’

Lattimer, of Green Road in Bournemouth, stood in the dock and did not react as he was handed a 10-month sentence, suspended for 18 months.

Suspending the sentence the judge acknowledged Lattimer, who runs a corporate cleaning company, had been ‘very publicly disgraced’ over the offence, but added: ‘You have brought all of this on yourself.’

Jonas Milner, representing Lattimer, argued his client’s fraud had been ‘an unattractive and naive ploy by a cricket fan who let his desperation to experience the pavilion get the better of him’.

He said Lattimer was not aware the card belonged to someone who had died and was remorseful for what he had done.