Businesswoman, 27, faces jail after being convicted for smashing wine glass into the face of Miss England finalist, 21, to leave her needing five stitches

A businesswoman is facing jail after being convicted on Thursday of smashing a wine glass into the face of a Miss England finalist during a pub row.

China Gold, 27, from Aylesford, Kent, attacked Olivia Cooke, 21, by thrusting the glass into the beauty queen’s face causing it to shatter, a court heard.

The businesswoman then pushed it into her face for a second time, leaving her with a deep, 5cm cut to her forehead and glass embedded in a smaller wound above her left eye.

Gold denied unlawful wounding, claiming she acted in self-defence after Miss Cooke, who is also a professional golfer, had hurled a glass at the back of her head. 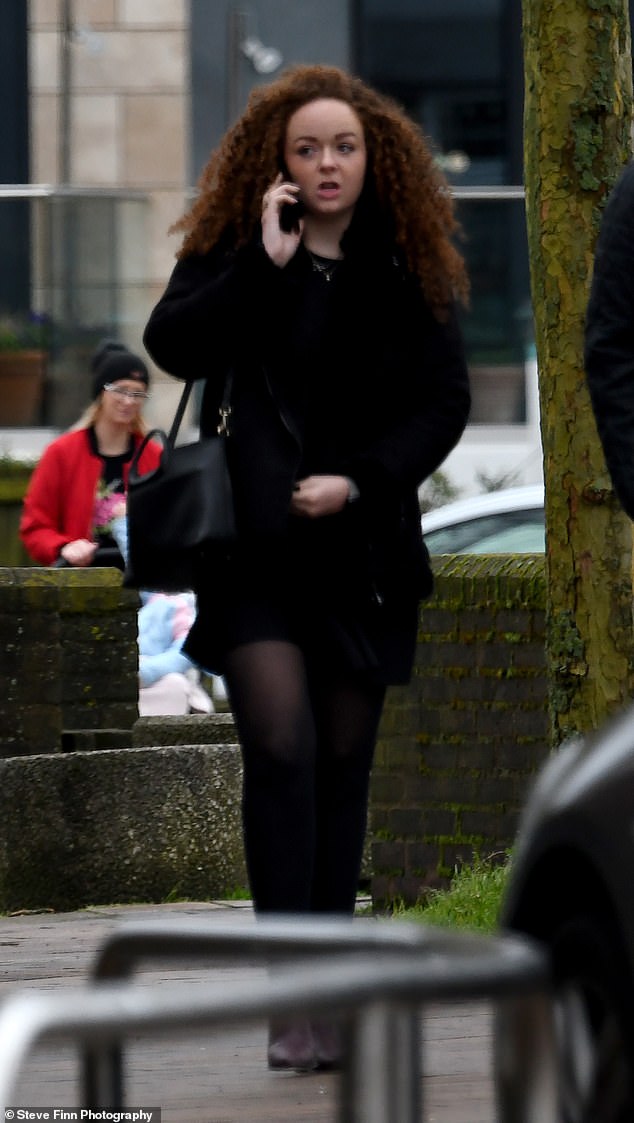 China Gold, 27, pictured arriving at Maidstone Crown Court for the start of her trial

Mrs Cooke, having heard her daughter was injured, turned up at the pub and punched Gold in the face. She is yet to be sentenced.

China Gold told a jury at Maidstone Crown Court, Kent, she ‘instinctively reacted’ by spinning around and throwing her own glass at the 21-year-old.

But Gold, who runs a vehicle recovery firm and a car body repair shop, was found guilty following less than an hour’s deliberation.

Miss Cooke, from Barming, Kent, needed a total of five stitches to her cuts but went on to compete in last year’s Miss England final. However, she missed out on top spot and a place at Miss World.

The court was told she awaits plastic surgery to the resulting scarring on her face, and suffers from severe anxiety and self-esteem issues.

Miss Cooke was in court throughout the trial and began to cry when the verdict was returned.

He added Gold was facing the possibility of a jail term starting at three years before any aggravating or mitigating factors had been considered. 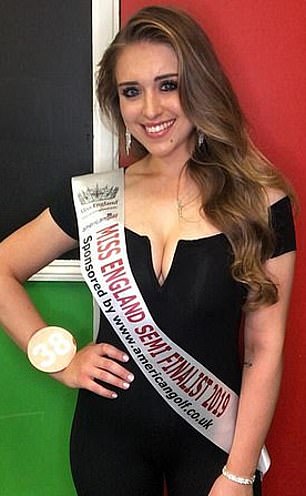 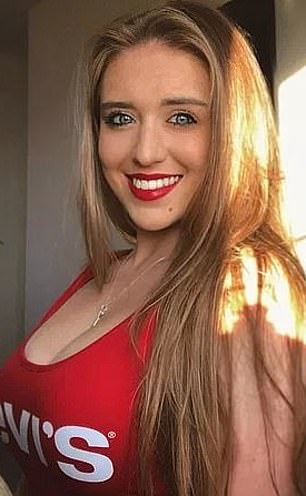 Olivia Cooke (pictured) says China Gold attacked her with a wine glass, leaving a 5cm cut on her forehead 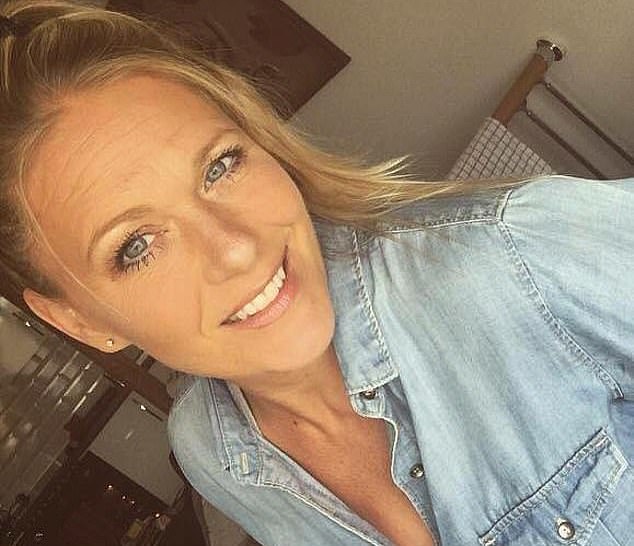 Adjourning until April 27 and releasing a visibly upset Gold on bail, the judge said immediate custody was ‘uppermost in his mind’.

Judge Statman added: ‘This is a very serious matter and clearly crosses the custody threshold by a mile.’

‘I need to know, bearing in mind she was of previous and positive character, working and up until this point a decent member of the community, what is to be done.

‘Uppermost in my mind must be an immediate custodial sentence. The defendant must understand that.’

At the start of Gold’s trial earlier this week (Tuesday, 10 March), the court was told Gold twice struck Miss Cooke with the glass, one blow to break it and the second to cause injury’. 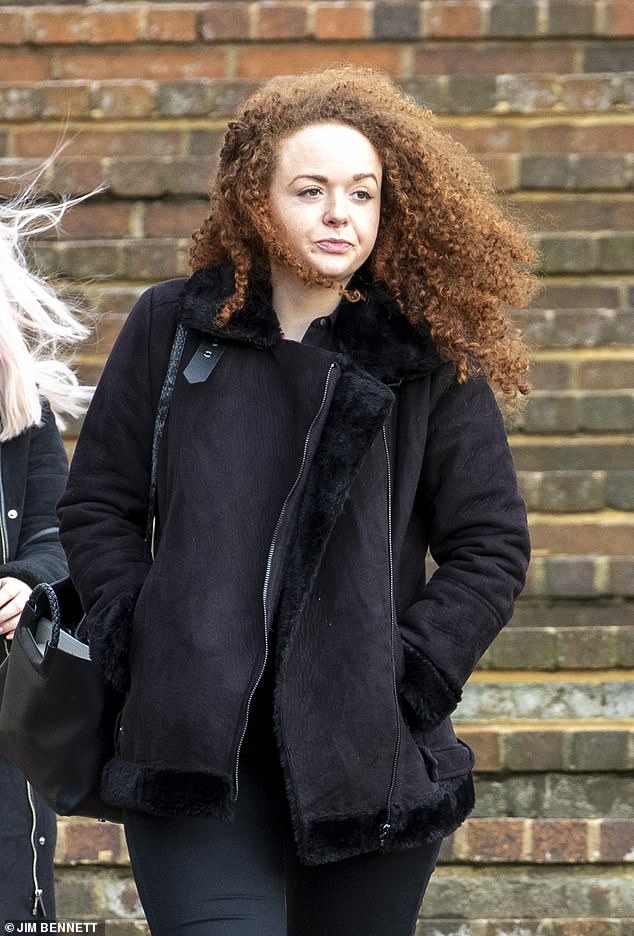 Violence flared after Miss Cooke heard Gold make ‘crude comments’ about her sex life during a night out at The Farmhouse pub in West Malling, Kent, on October 19, 2018.

Giving evidence, Miss Cooke said she tried to ‘laugh it off’ but told Gold, who she had only met once before, that she did not ‘appreciate’ what she had said.

But Miss Cooke said the verbal abuse continued before she was twice grabbed around the throat by Gold and hit with the glass.

Breaking down in tears, she recalled: ‘She basically came at me verbally with a few insults that I didn’t appreciate.

‘I’m not confrontational and she was calling me a s**g and a s**t, and I’m definitely not.’ 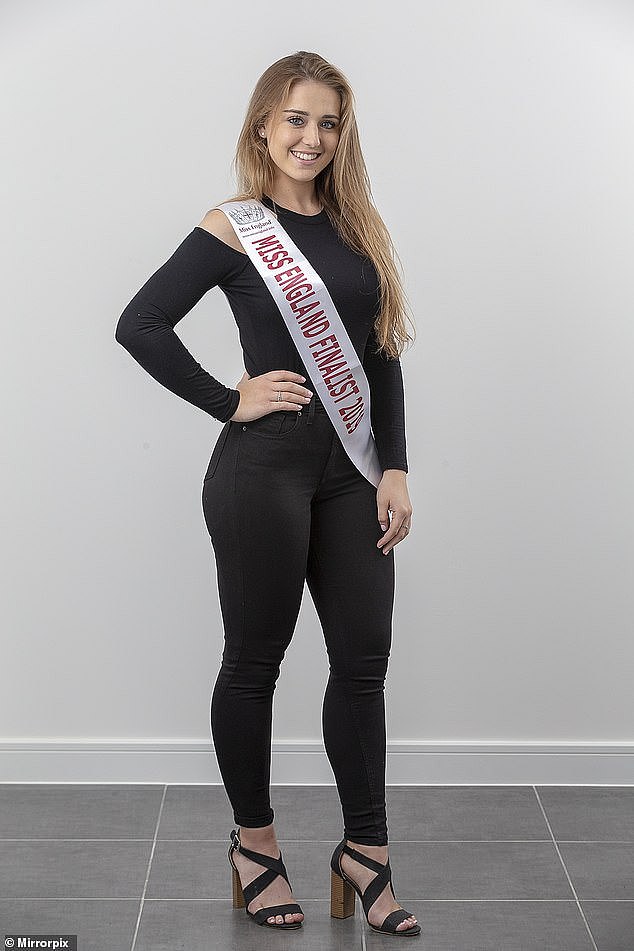 Miss Cooke said she tried to stick up for herself but then went outside into the pub courtyard with another friend when it ‘got too much’ between herself and Gold.

She added that Gold had followed them outside, accusing Miss Cooke of trying to start a fight by ‘calling her out’.

Miss Cooke continued: ‘I just said I wasn’t starting an argument and that’s why I had walked outside when, out of nowhere, she grabbed me by the throat.’

‘It wasn’t a push, it was a grab. She had her wine glass in her other hand. I got her off my neck and pushed her off.

‘She done it for a second time and the glass was still in her hand. I have obviously got my back up and got in a verbal argument, trying to stick up for myself.

‘Out of nowhere she chucked her drink on me and I don’t know what happened but instantly she glassed me twice towards the head.

‘It was one to break the glass and the second to cause injury and obviously it has.’

Miss Cooke said she was not immediately aware she had been physically hurt and only to be stopped by another friend who noticed she was bleeding heavily.

The jury was told Miss Cooke, was herself later charged with assaulting Gold in relation to the allegation she had thrown her own glass.

But she maintained during cross-examination by Gold’s barrister Robin Griffiths that she did not have a glass in her hand during the row.

The case is yet to be dealt with by magistrates but Judge Statman said he expected those legal proceedings now to be reconsidered in light of Gold’s guilty verdict.

Prosecutor Emin Kandola (CORR) told the jury that Gold, from Aylesford, Kent, ‘retaliated in anger and went over the top’ to the possibility of a glass hitting her to the back of her head.

‘You may hear evidence that Olivia Cooke threw a glass first. That is for you to consider,’ she said.

‘Even if you find she did, that doesn’t justify the assault that was committed on her by the defendant.

Gold, who suffered a black eye from the punch by Julie Cooke as well as cuts to her hand from the glass, told the court she was walking away from Miss Cooke when she felt a glass hit her head.

She described spinning around and hurling her own glass in return as Miss Cooke pursued her. But Gold maintained she had no intention of hurting her.

Asked by her barrister why she had reacted in that way, Gold tearfully replied: ‘Out of instinct. It was instinctual, to defend myself.

‘I’m not a confrontational person, I’m really not.’

Gold, who has no previous convictions, added she had not thought of the consequences of her action ‘in that split second’ of throwing the glass.

She said she apologised to Miss Cooke when she saw blood all over her face.

‘I felt bad. It was instinctual, I didn’t go out of my way to do it,’ she told the jury of seven men and five women.

‘She obviously threw a glass at me. I was going to turn round and defend myself…I am just not a horrible person.’

She said she had arrived at the pub at about 8pm, and that there was ‘general chit-chat’ among her friends about two men Miss Cooke had dated.

Gold had had two glasses of wine at her house and shared two bottles in the pub.

‘It wasn’t going to be a wild night. I wasn’t planning on getting drunk because I don’t do hangovers. I wouldn’t have got trashed,’ she told the court.

Having been arrested, Gold declined a solicitor during two interviews. Asked why, she told the court it was because ‘she was telling the truth’.