MUM Anne Yeomans is at home with hundreds of gnomes in her front garden.

She built up the colourful collection of ornaments over 30 years. 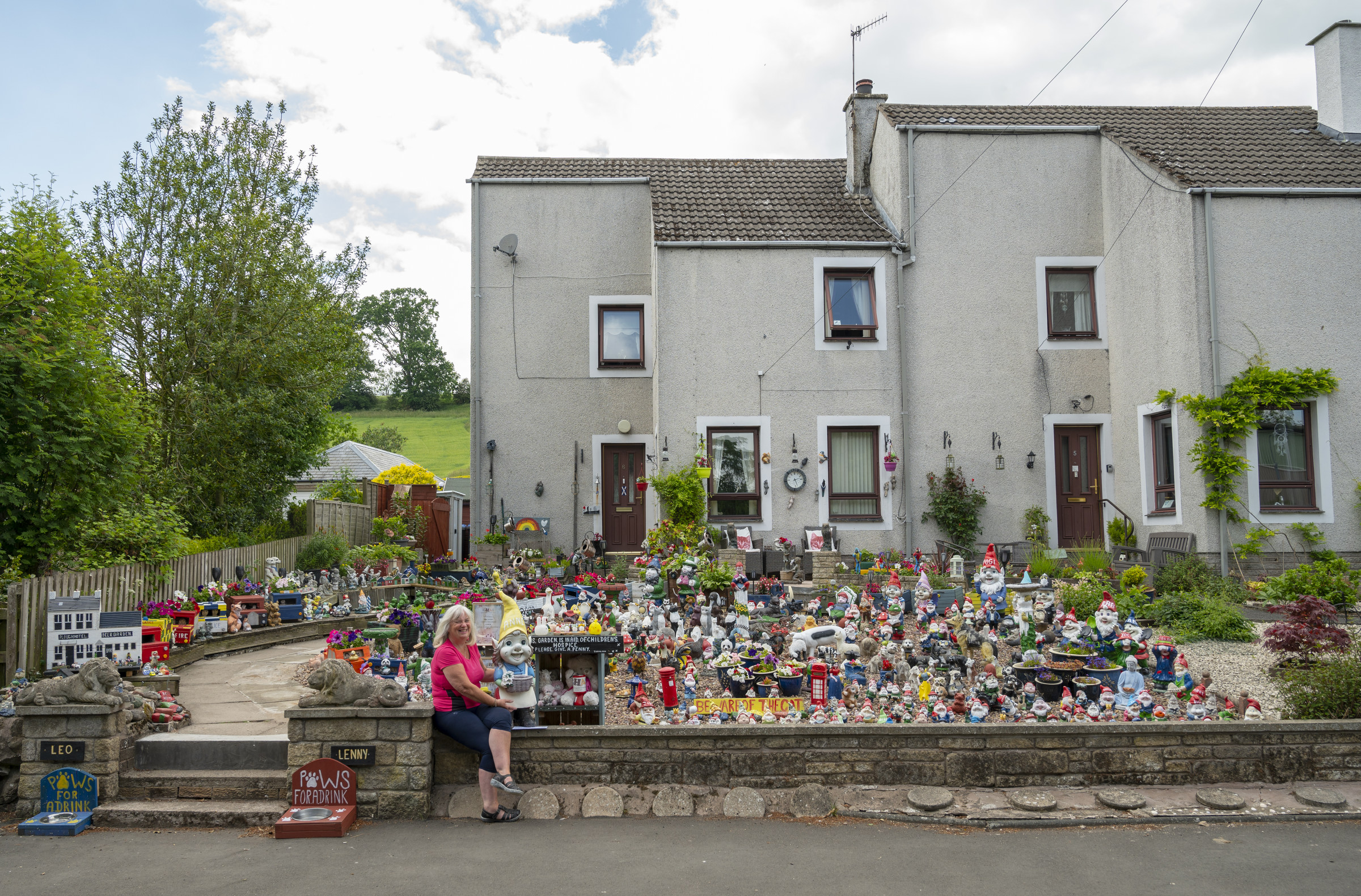 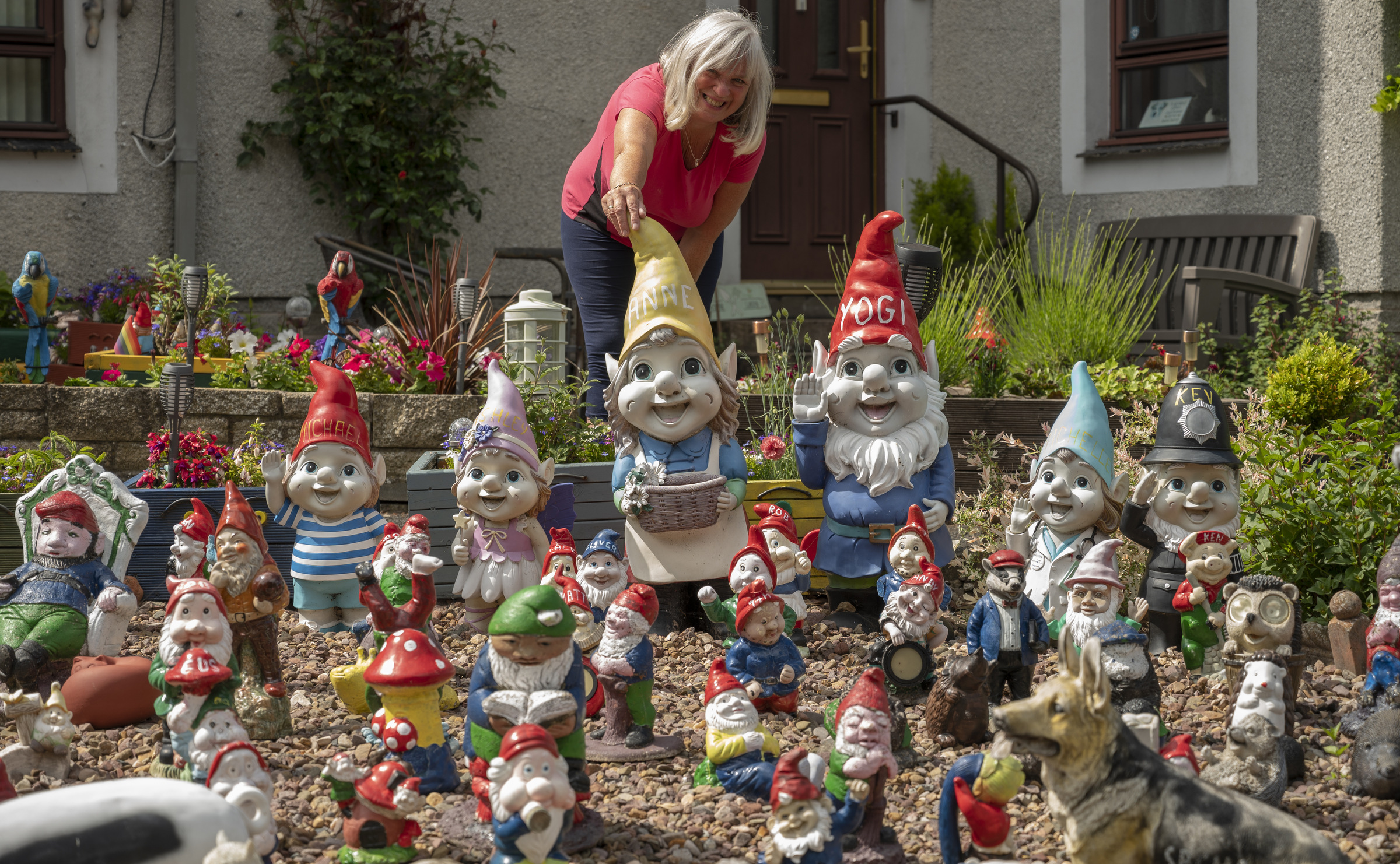 The incredible display has become a local attraction — with visitors and passers-by having their photos taken with it.

Carer Anne, 60, said of the gnomes: “I absolutely love them. They’re my pride and joy.

“It’s built into this fantastic collection.

“The ground used to be covered in flowers and it was a nice garden.”

Anne said she started with a rabbit ornament and then it snowballed into her huge collection.

She said: “I started to name some of the gnomes after locals in the village.

“People think it’s quirky. I think those who move in down the street do double-takes — and so do delivery drivers or people walking by.”

Appreciative locals started to leave coins on the wall at Anne’s home in the Scottish borders town of Yetholm.

Donations have since resulted in the mum of two raising thousands of pounds for a children’s hospice. 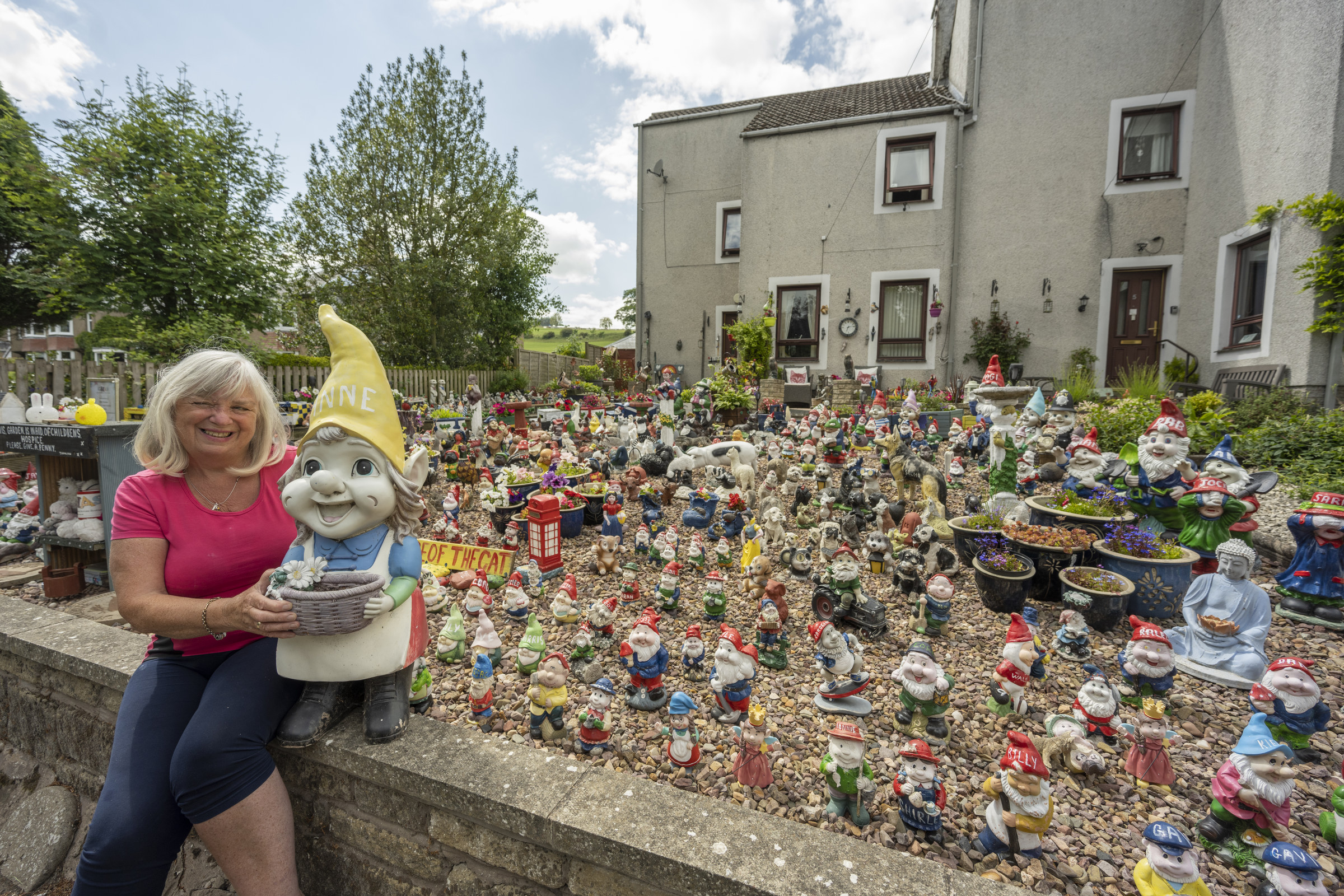 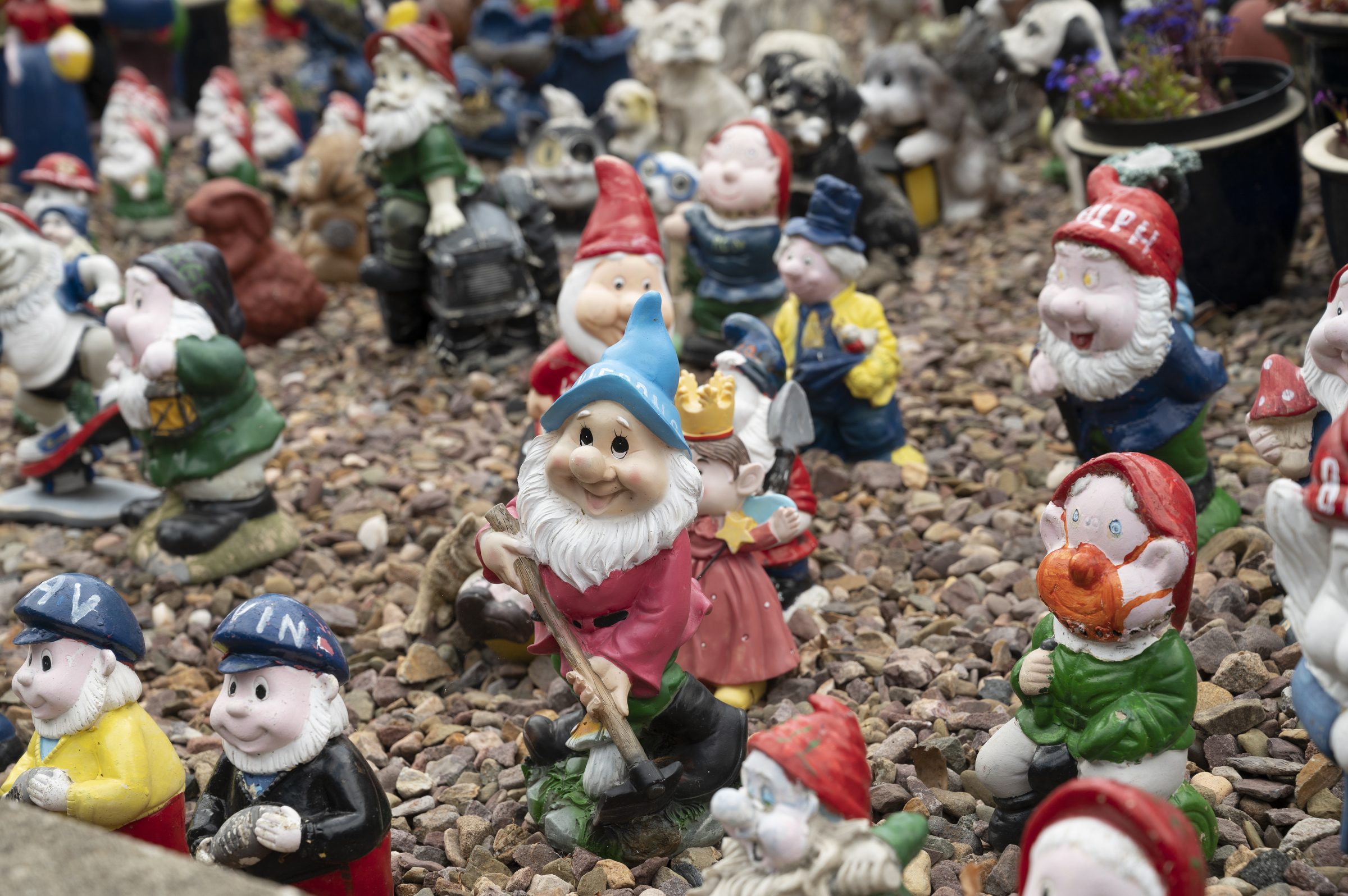 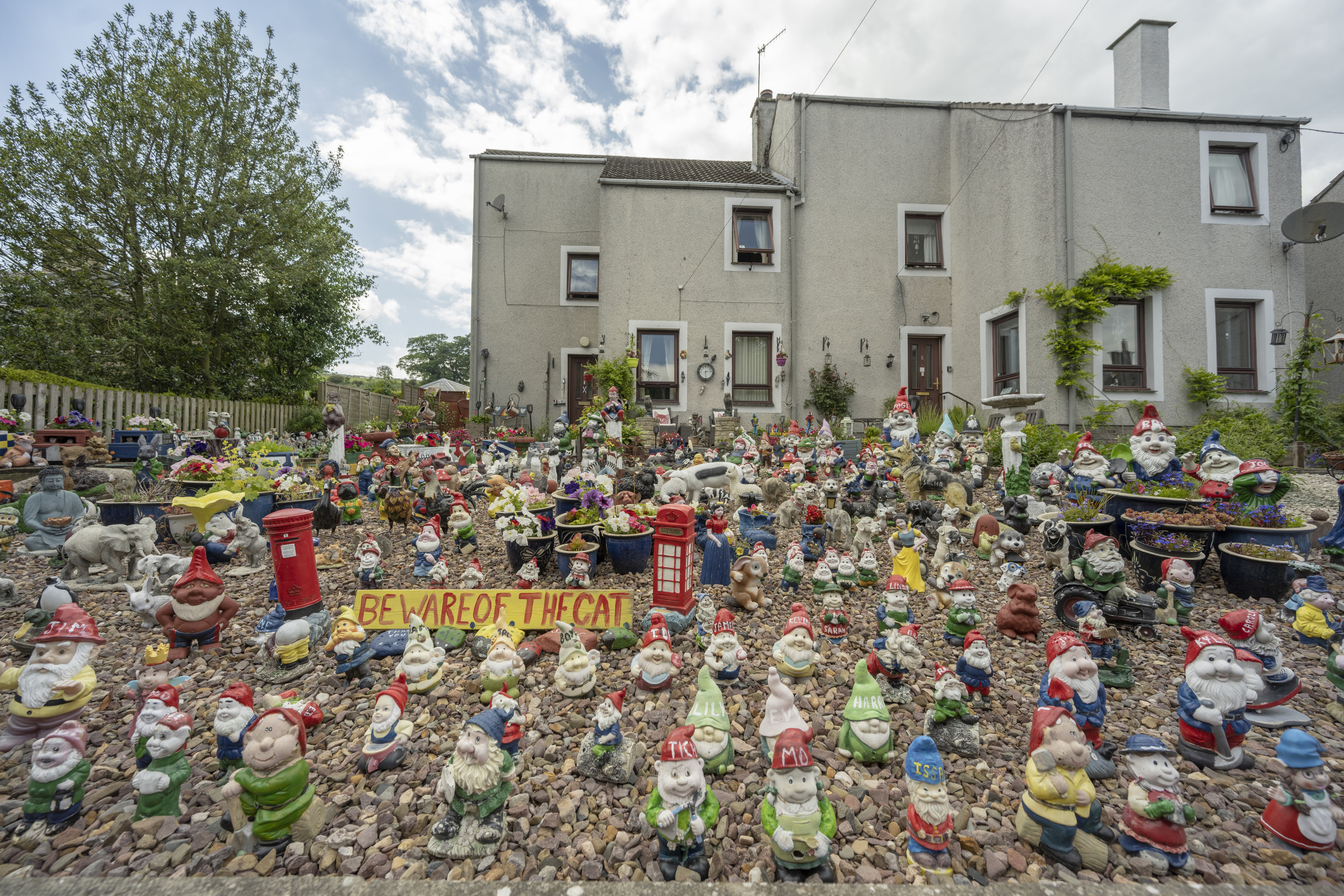 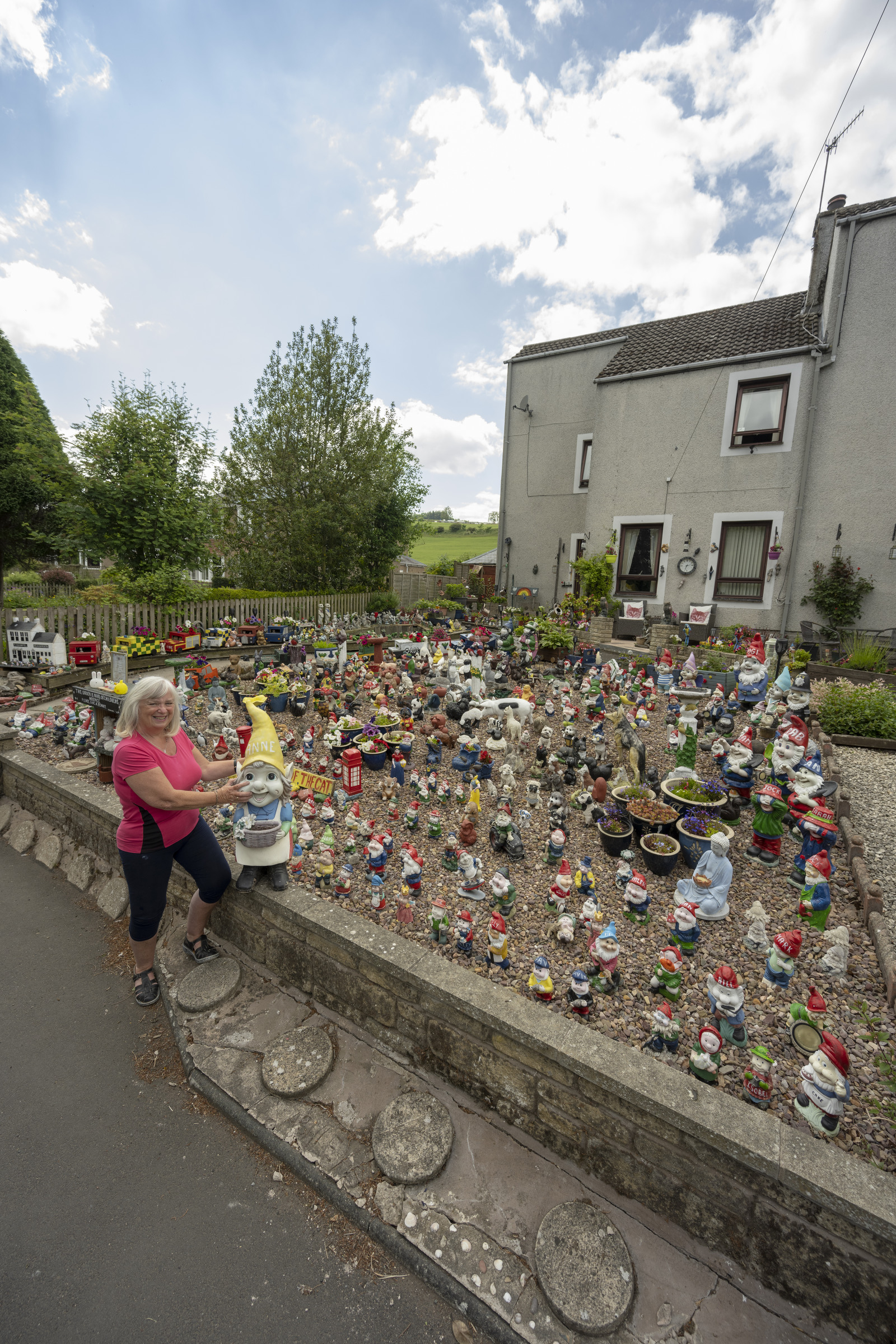 Anne said: “People said they wanted to donate to charity. I’ve even been nicknamed Mrs Gnome-ans. It’s all good fun.”

Locals must wonder how many more figures she can cram outside her home sweet gnome.

Too many and it could become an elf and safety issue!