Kit-nap! Gandalf the cat returns home with note stuck to his collar from an angry neighbour threatening to abduct him and ‘take him far away’

A cat returned home with a note sellotaped to its fur and collar from an angry neighbour who threatened to kidnap it and and ‘take him far away’.

The owners of Gandalf, a white Bengal and Russian blue crossbreed, were shocked to see the intimidating letter attached to their pet when he returned to their home in Bridgend, Wales.

After receiving the threat on Thursday, Chris, 27, and his girlfriend said they are now worried to let the four-year-old cat out of the house after the ‘extreme’ messages. 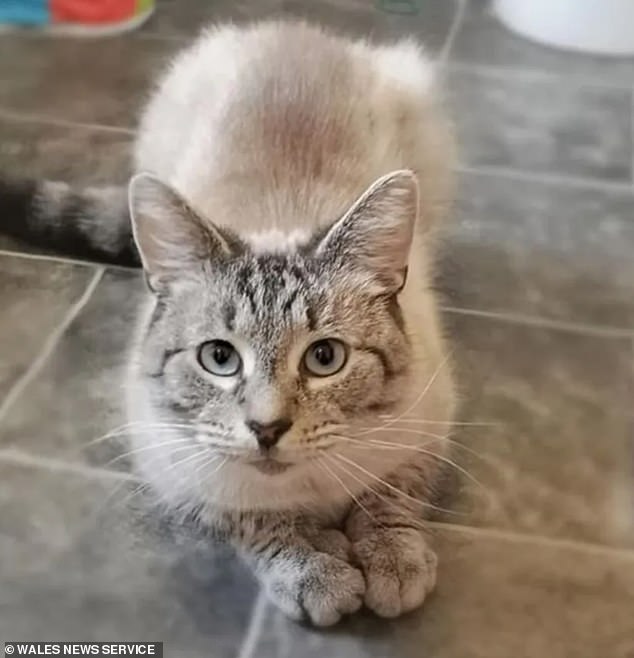 Gandalf’s owner Chris, 27, was shocked to find an angry note attached to the cat when he returned to their house in Bridgend, Wales 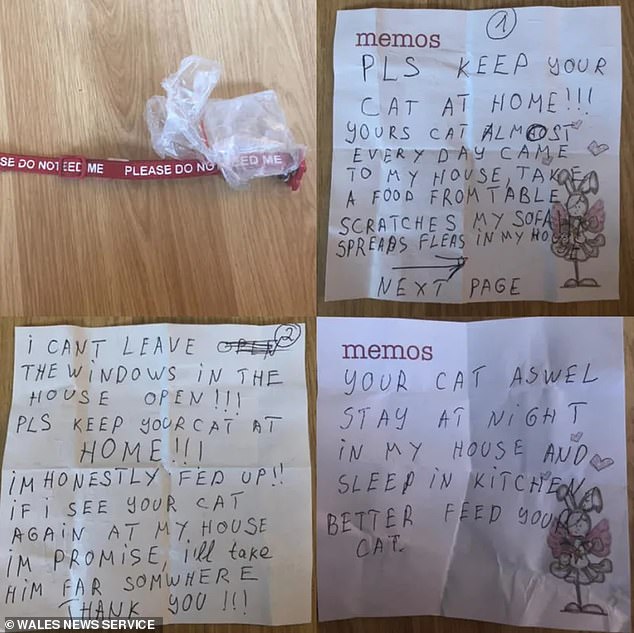 The notes claimed the neighbour could not open their windows and suggested the cat had taken food from their table, brought fleas into the house and scratched their sofa

The irritated neighbour decided to write several messages and attach them to the cat after they claimed they were ‘fed up’  because they could not leave their windows open in their house.

In the notes they also said the cat had come into their home almost every day, taken food from their table, scratched their sofa and spread fleas throughout their house.

The angry messages were placed inside a plastic bag which was sellotaped onto Gandalf’s fur and collar.

The couple said they had never received complaints about Gandalf before but admitted he is a bit nosey. 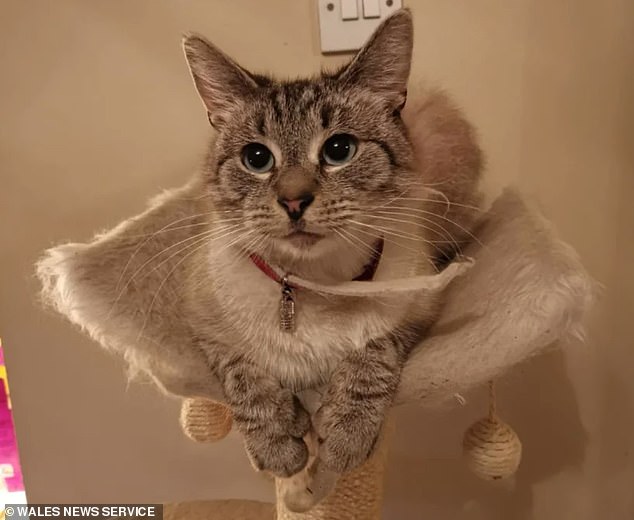 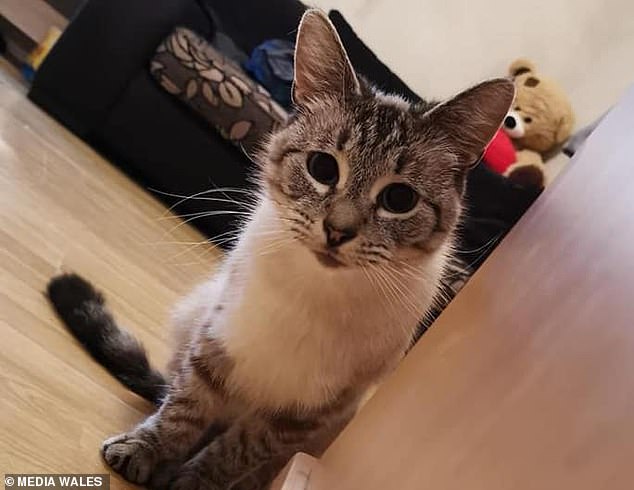 Owner Chris said they take great care of their cat and give him monthly flea treatments. He also dismissed the neighbour’s claims that Gandalf was not well fed.

Before the notes, they decided to place a ‘please do not feed me’ collar on him after they noticed he was getting bigger and feared someone may be feeding him.

Chris told WalesOnline: ‘In the summer he loves roaming around and he wants to go out but he can’t now.

‘I understand that it’s cheeky of him to enter someone else’s home but we also have had no knowledge or control over this up until now, he will now have to be kept inside for the rest of our time living here.’

They hope to speak to the person who sent the note to try and resolve the issue.