It was Mark Twain who said “facts are stubborn things, but statistics are pliable”. The statement that “Australia has become strikingly more godless”, as reported in The Age this week, demonstrates such pliability when addressing the latest census data.

Yes, the proportion of self-identified Christians has dropped. Yes, those who find meaning through formal church attendance has declined. But such facts, although bewildering for current adherents to experience and observe, are not to be equated with a descent into national godlessness. 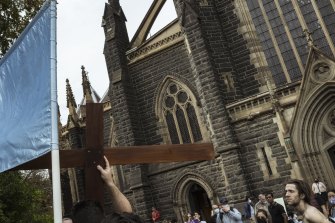 Change is not only inevitable, it is essential if the Christian faith is to be translated into relevancy for an increasingly diverse Australia.Credit:Chris Hopkins

Institutions have a habit of getting between the aims of their founders and the needs of the “consumer”. The church is no exception.

It is growing in some parts of the world and declining in others. It’s conservative in places and progressive elsewhere. Wherever it exists it is influenced by local culture, history, tradition and internal politics.

For more than 2000 years it has provided comfort, spiritual and pastoral support to millions. It has also been a vehicle for abuse, manipulation and gross hypocrisy. Its troubling naivety as to how the world works has alienated it from so many who need its message of healing and hope. Its apparent inability to openly discuss the complexities of human sexuality has backfired spectacularly on its internal workings and its care of others.

Change is not only inevitable, it is essential if the Christian faith is to be translated into relevancy for an increasingly diverse Australia. Any religious body requires the trust of those considering adherence and, to a large extent, in the Australian church at least, that trust has been lost.

To take a wider view, the demographic change across our nation has had a not unexpected impact on religious diversity, even if statistically small in general terms. 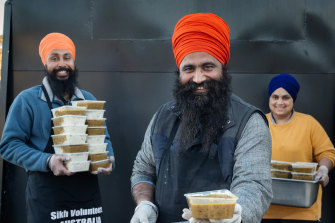 The growth of the Hindu, Sikh and Islamic faiths via migration presents us with the opportunity to attribute a wider inclusiveness to the word “religious”. Our Jewish community has made a wonderful contribution to our religious, cultural and civic life, and members of the Sikh community have been outstanding in their provision of food to the hungry in Melbourne during the COVID pandemic. Isolated examples, perhaps, but much that enriches community life goes on across the religious spectrum.

The words spiritual and spirituality have had a pretty good workout in recent years. Being synonymous with anything from sacred crystals to holy sacraments, the concept of spiritual enrichment has been fragmented in the process. In many respects, our growing awareness of Aboriginal spirituality invites us to think in depth about our Creator, the earth under our feet and the respect we should have for God’s creations, including each other.

So let us be careful in our interpretation of statistics and our use of language. A changing religious landscape is not cause to imply that moral decline is underway. The inter-faith cooperation that binds our religiously diverse nation together is growing more rapidly and harmoniously than most might think; added to which the topic of respect for the spiritual values of the “non-religious” is one to which we might all give serious thought.