CHAOS has emerged as Americans returning from the United Kingdom and Europe are facing up to 6-hour wait times for coronavirus screening at funnel airports.

Passengers flocked to airports over the weekend after President Trump confirmed the US broadened its European coronavirus travel ban to include the UK and Ireland. 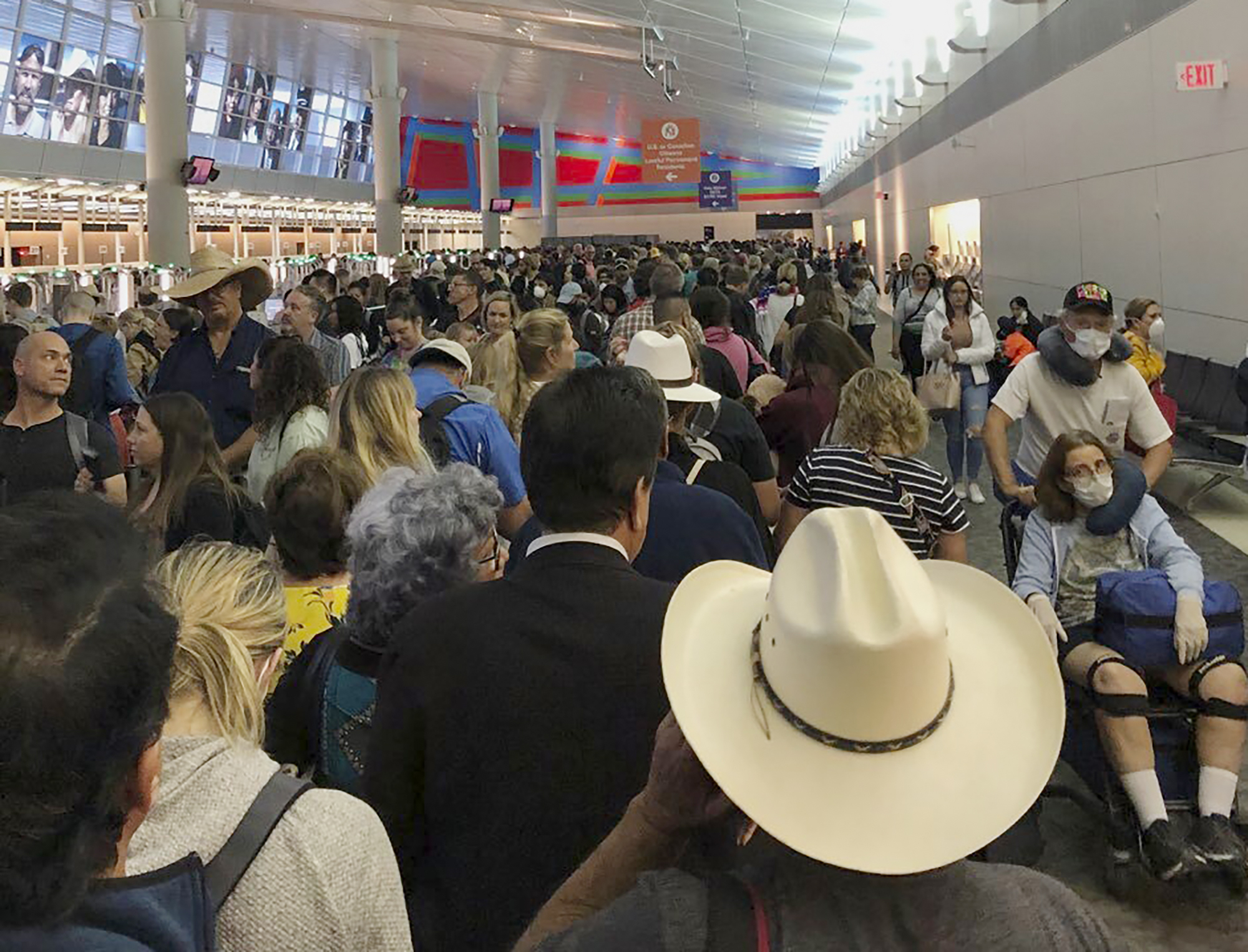 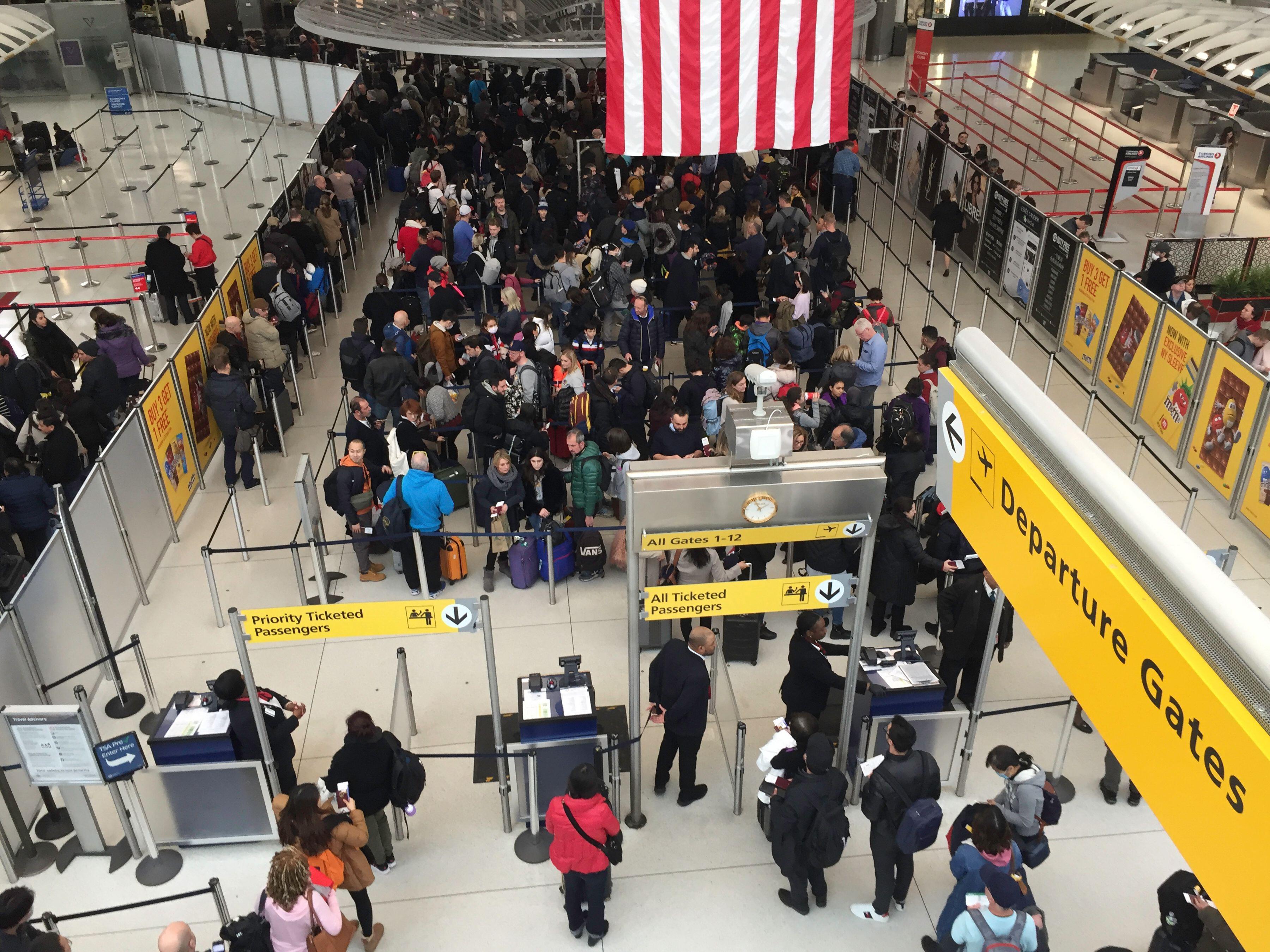 The White House had previously declared a travel ban to Europe, with the exception to the UK and Ireland – but that changes as of Monday.

People flying in from Europe are being funneled to one of 13 designated US airports – where they are subject to health screenings and quarantine orders.

Those allowed to return home easily are US citizens and green card holders.

Travelers stuck in the crowds at the Chicago and Dallas airports shared photos of the stressful situation on social media this weekend.

Photos of Chicago's O'Hare International airport seemed to be the worst.

On Saturday, one traveler claimed it was a "6-hour wait for bags then on to customs for 2-4 more of waiting in shoulder-to-shoulder crowds," reporter Brook G McDonald tweeted.

The footage prompted US Senator Tammy Duckworth voiced her concerns to speak out on Saturday.

She tweeted: “This is unacceptable, counterproductive and exactly the opposite of what we need to do to prevent #COVID19.

“The Trump Administration must send more support to O’Hare immediately.” 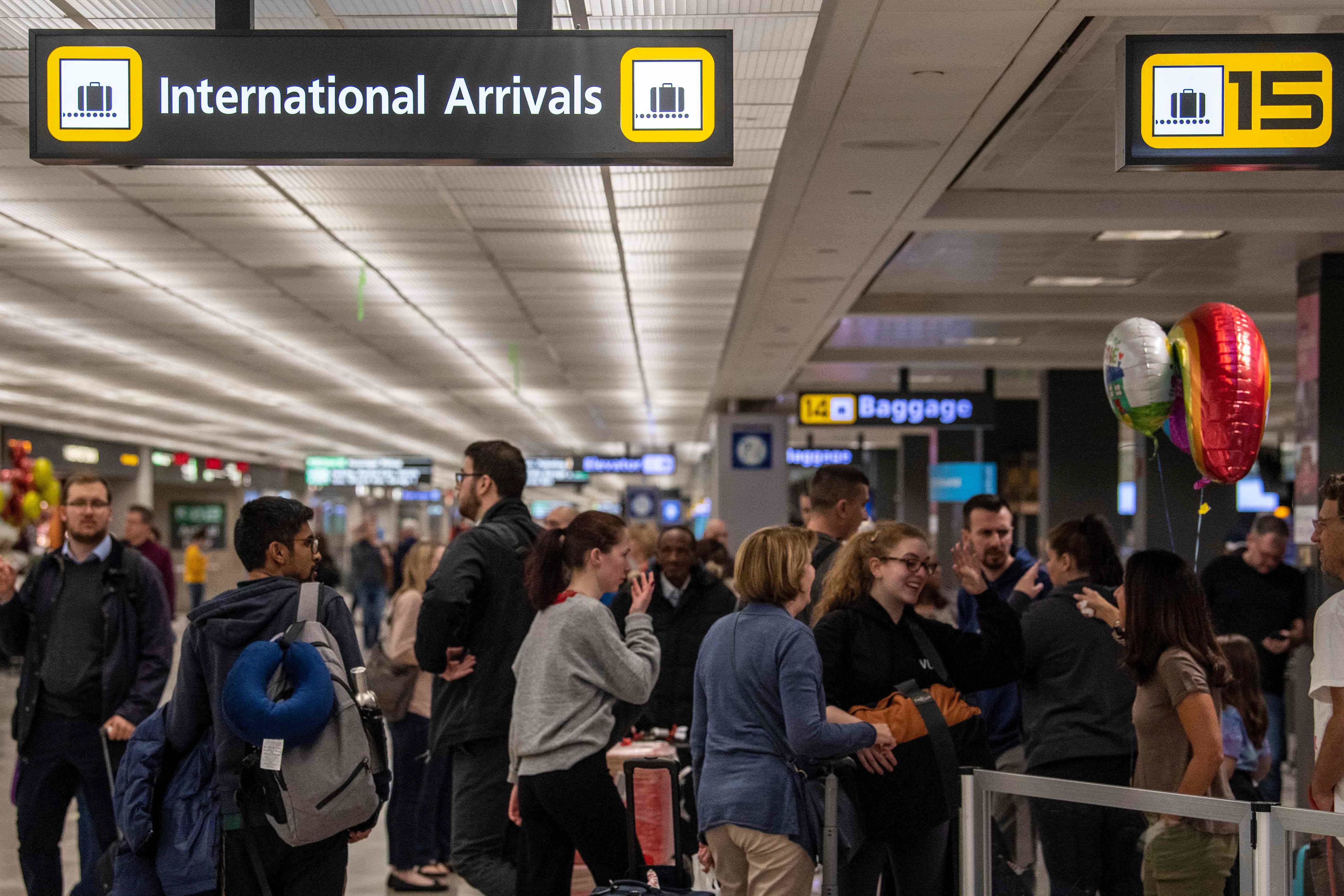 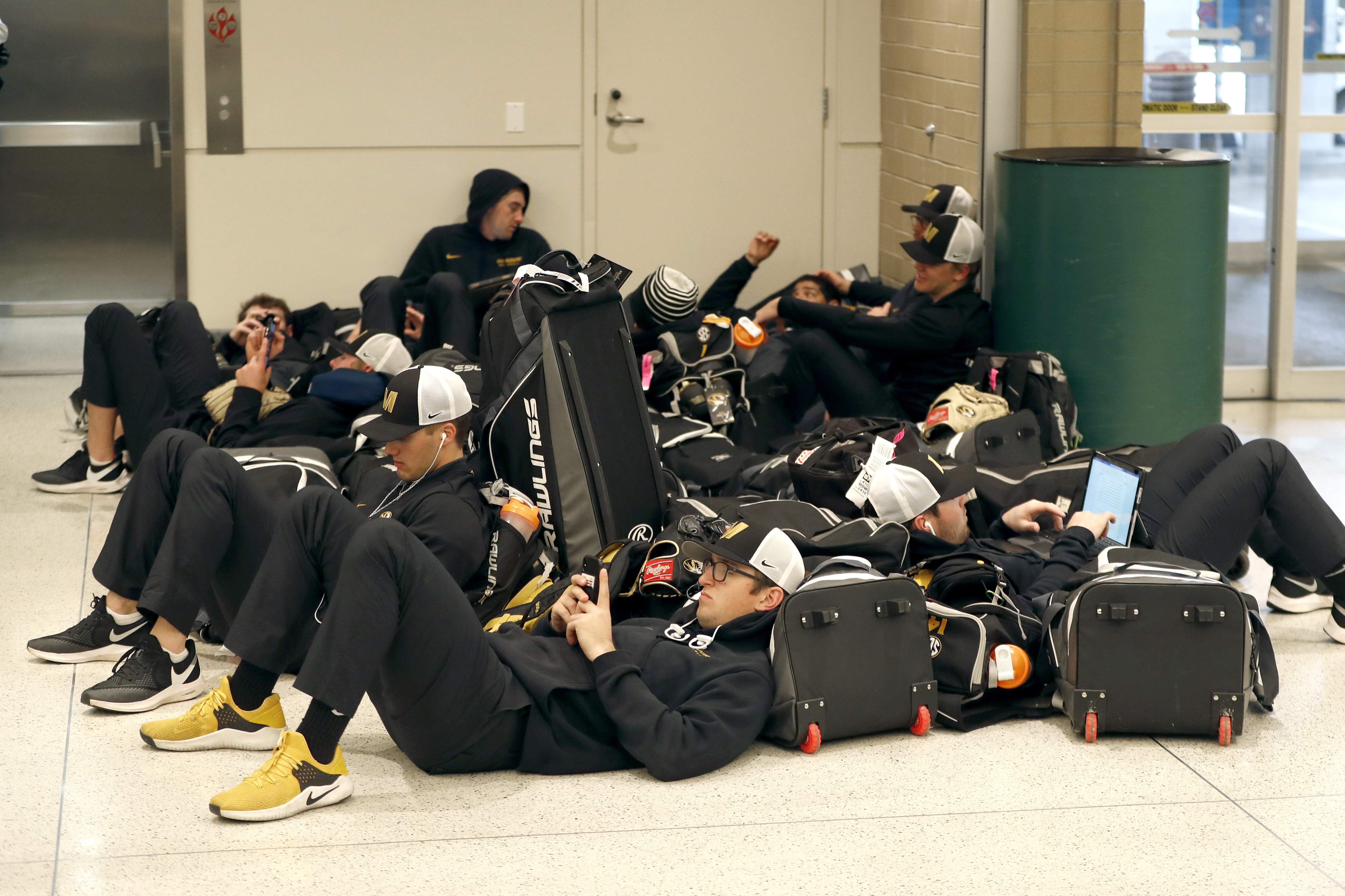 Wolf tweeted, in response to the packed airports: “Right now we are working to add additional screening capacity and working with the airlines to expedite the process."

Dallas-Fort Worth International Airport spokesman Bill Begley said: “DFW Airport is one of 13 U.S. airports identified by the Department of Homeland Security to screen American citizens, legal permanent residents and their immediate families who are returning home from European and other regions.

“These federally mandated enhanced procedures are part of the effort to prevent the spread of the coronavirus.” 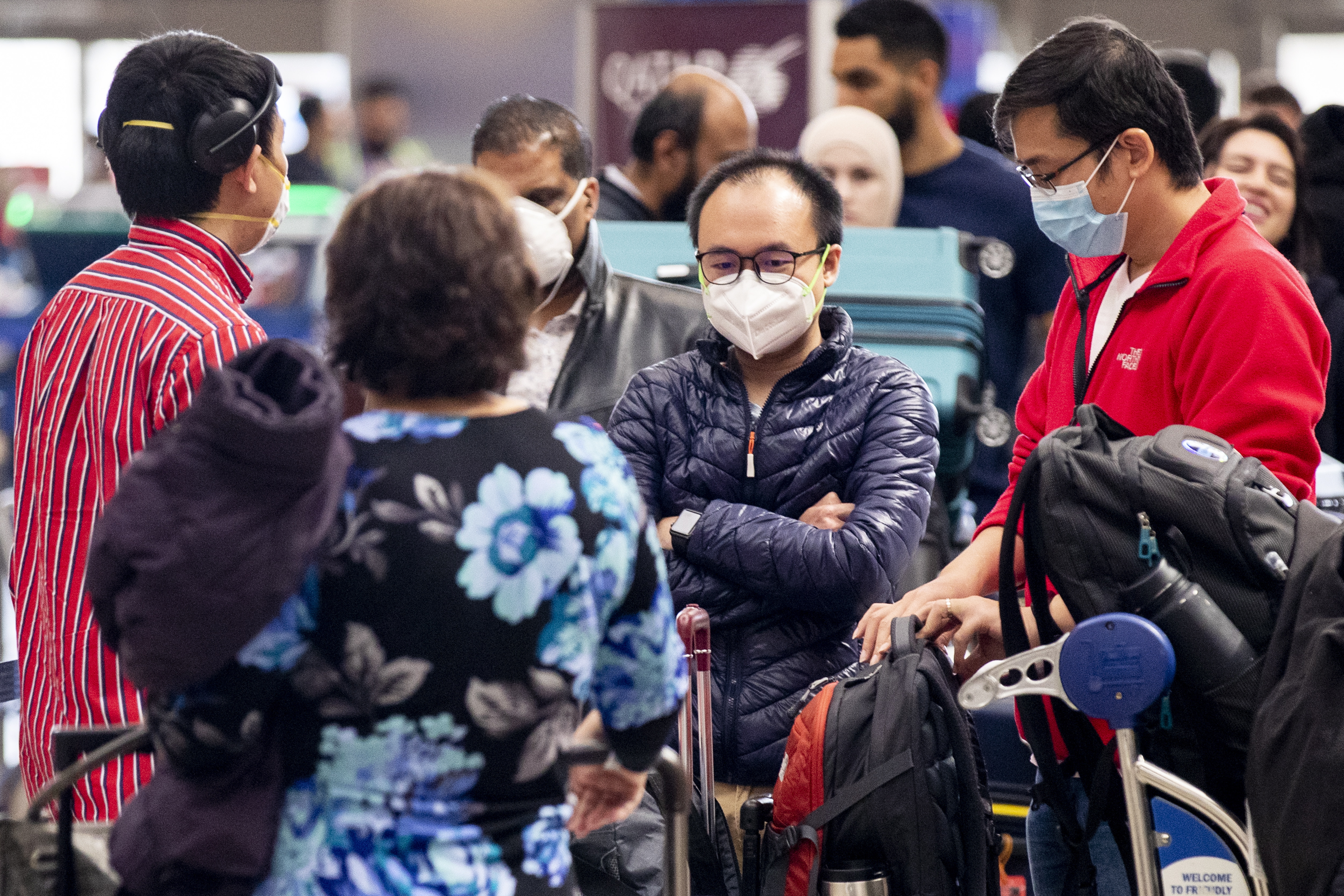 Bur Dorothy Lowe, a Texas-native who was returning from Mexico, told WFAA she still waiting in the customs line three hours after stepping off the plane.

She said: “I can see nothing but people for as far as I can see.

“I’m less concerned about having to stand here for the amount of time that I am, and more concerned about where the people are traveling from that are around me and what they may or may not have been exposed to."

Travelers from restricted countries in Europe, China and Iran are being advised to self-quarantine for two-weeks after arriving at their final US destination.

WFAA tweeted videos of the crowded DFW Airport, and wrote: "There is no hand sanitizer and obviously no way to wash hands. What happens if a single one of these people goes on to test positive?"

He tweeted: "There are no offers of hand sanitizer, gloves, or masks from U.S. Customs / Immigration.

"Travelers say they’ve had no screenings of temp yet and no one following #coronavirus protocols."

WFAA's Jason Whitely said travelers had been "packed into the room for hours. Barely moving.

"Travelers from Europe being pulled out of line and taken… somewhere. It felt apocalyptic.

"Passport control asked no questions. Just scanned our passports and let us in. No screening of whatsoever coming from Mexico." 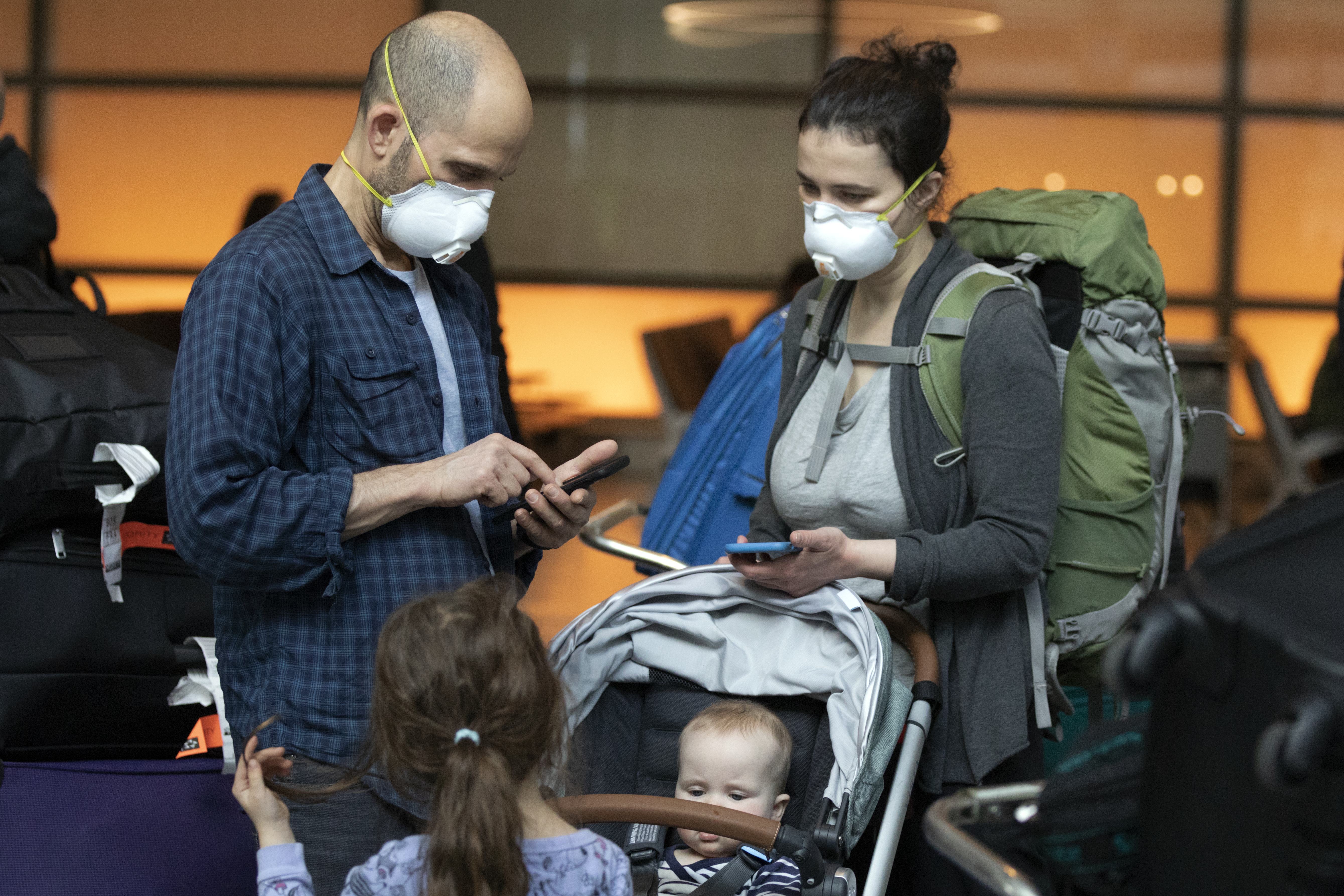 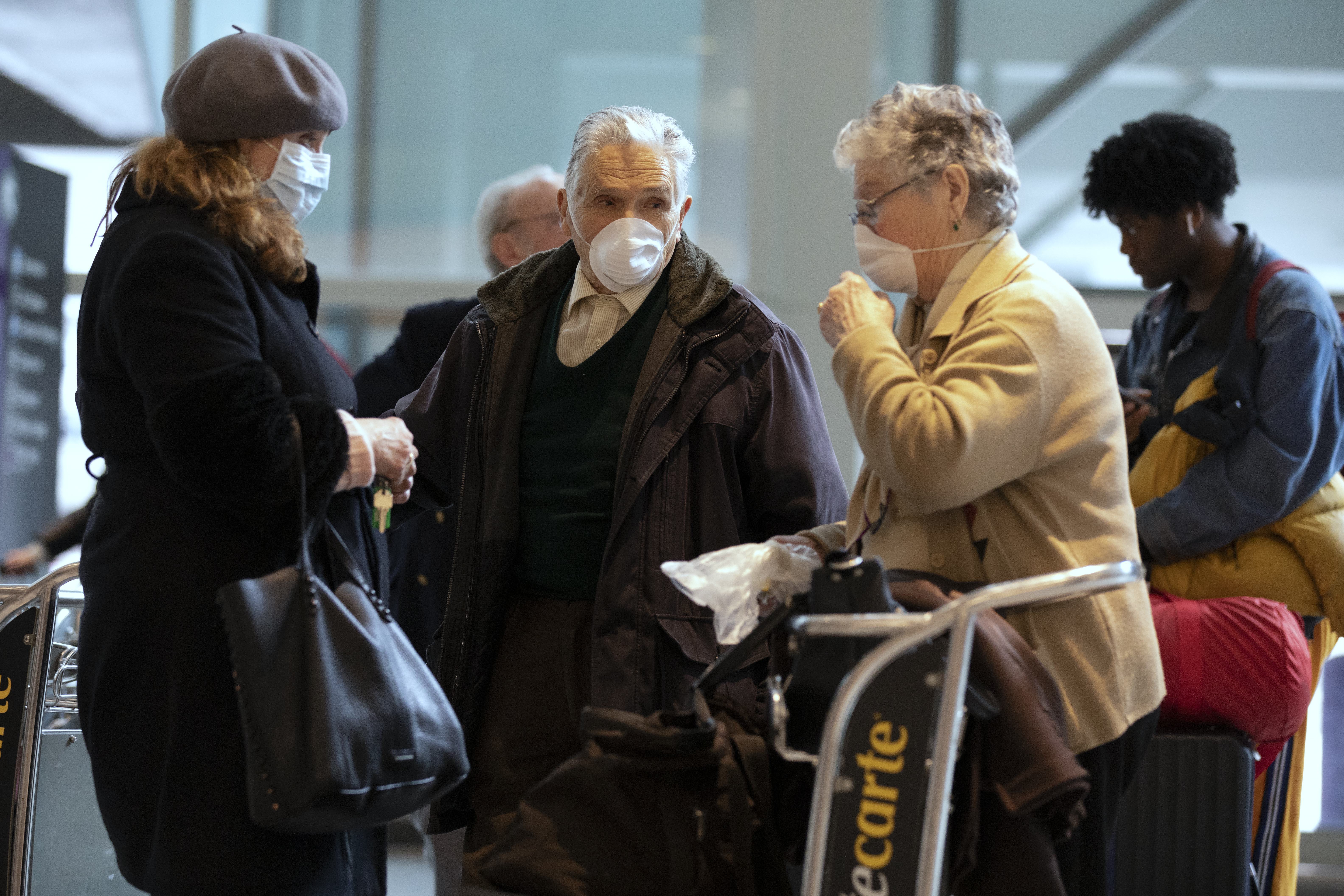 There have been more than 2,000 confirmed cases of the coronavirus in the US.

The deadly virus has spread to 49 states, and President Trump announced that he had tested negative on Saturday night.

On Friday, Trump declared a national emergency in response to the COVID-19 pandemic.

Dr. Anthony Fauci of the National Institutes of Health. “We have not reached our peak.