A second Chinese city has gone into draconian lockdown today after the emergence of a local coronavirus cluster that has fuelled growing fears of a second wave of infections in China.

The north-eastern city of Jilin, with a population of more than four million, shut down its borders and suspended public transport on Wednesday. All residents are not allowed to enter or leave their residential compounds unless it is necessary.

All cinemas, indoor gyms, internet cafes and other enclosed entertainment venues in Jilin must shut immediately, and pharmacies must report all sales of fever and antiviral medicines, the Jilin government said in a statement. 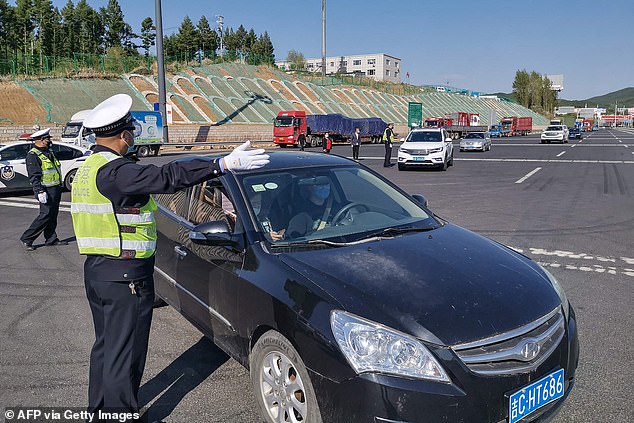 A second Chinese city has been driven into draconian lockdown today after the emergence of a local coronavirus cluster that has fuelled growing fears of a second wave of infections in China. A police officer guides a car driver to register information at an exit of a highway in Jilin 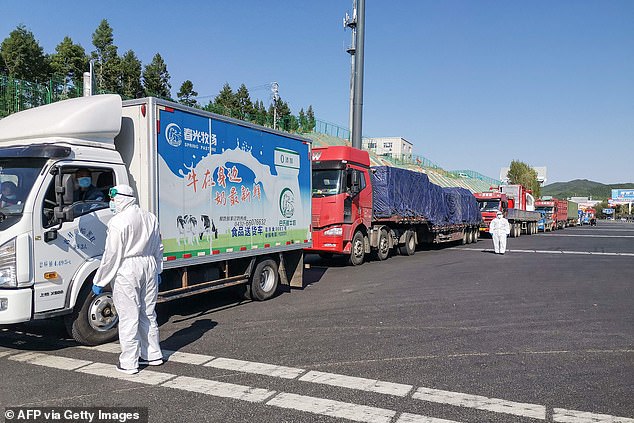 Local authorities also said that residents are only allowed to leave the city if they obtain reports to prove that they have tested negative for COVID-19 in the past 48 hours and complete an unspecified period of ‘strict self-isolation’.

It comes four days after a neighbouring city Shulan, a city of 600,000 people, was put under lockdown over the weekend after registering 12 COVID-19 cases in the space of two days, all linked to the same source.

The cities of Jilin and Shulan are located in the eponymous province of Jilin, which borders Russia and North Korea.

Jilin city reported six new confirmed cases on Wednesday, all linked to the Shulan cluster, bringing the total number of cases linked to a local laundry worker to 21.

A cluster of infections was reported in the suburb of Shulan over the weekend, with Jilin’s vice mayor warning Wednesday that the situation was ‘extremely severe and complicated’ and ‘there is major risk of further spread’.

A total of 14 confirmed COVID-19 cases have been recorded in Shulan, according to official figures.

All of the cases were linked to a local laundry worker, a 45-year-old woman who tested positive on May 7 and was reported as the first confirmed infection. But it remains unclear how the patient contracted the virus.

Shulan shut down public transportation as well as trains leaving the city on Sunday. 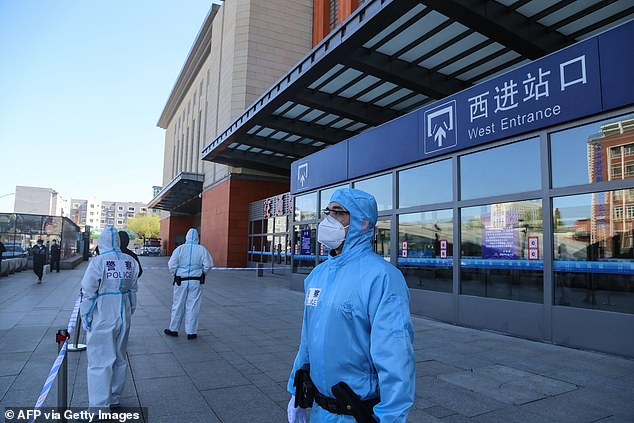 China has largely brought the virus under control, but it has been on edge about a potential second wave as it has lifted lockdowns and restrictions across the country.

The emergence of new cases in Wuhan in recent days, after weeks without fresh infections, has prompted a campaign to test all 11 million residents in the city where COVID-19 first emerged late last year.

A total of 21 confirmed coronavirus cases have been reported in Jilin province. Fourteen of them were found in Shulan and seven were reported in the city of Jilin.

The province has also recorded a total of 12 imported cases and nine of them have recovered, according to the officials. No deaths from domestic and imported infections have been reported.