In 2014 Prince Charles became king – on a London stage.

In the opening scene of Mike Bartlett’s award-winning play, King Charles III is at his mother’s funeral.

“Now I’ll rise to how things have to be,” he says, as the weight of the monarchy falls on his shoulders. “The Queen is dead. Long live the King. That’s me.” 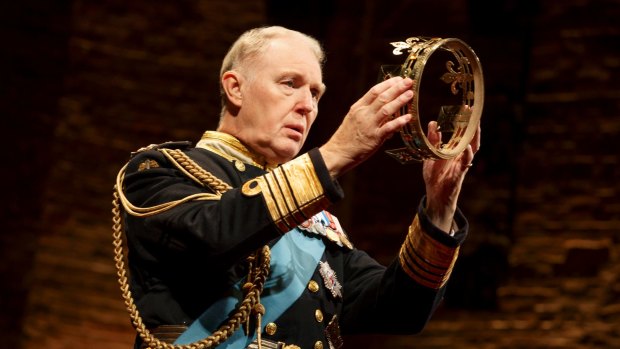 Tim Pigott-Smith during a performance of King Charles III at the Music Box Theatre in New York. Credit:AP

But within days, this fictional King Charles plunges the country into a crisis. Bartlett, like others who have imagined Charles finally on the throne, cannot imagine him as the hands-off monarch his mother was, and suspect it will be his downfall.

This Charles III refuses to sign into law a bill restricting press freedom. He exercises an ancient right to dissolve parliament and the country lurches towards civil war, before William forces him to abdicate and is crowned king himself.

Bartlett said the plot for his play King Charles III emerged because “I knew that Charles would refuse to sign a bill, and I sensed quite early that he might dissolve parliament”.

Bartlett’s powers of prediction are uncanny – his fictional Harry falls in love with a commoner art student and tries to persuade his father to let him stop being a prince and “live a life of normalcy rather than atop the mound with a target on my back”.

But critics found the play’s premise “dodgy” – some years before Britain descended into a serious constitutional crisis when the prime minister used an ancient right to dissolve parliament.

They found the character of King Charles more convincing than his circumstances: a man who found himself incapable of receding into the background as just a face on the stamps.

Whether or not it speaks to the genuine Charles, the fact this premise strikes a chord reflects how entrenched this idea is in the English psyche – that Charles will be a king sorely tempted to stick by his convictions rather than play the constitutional lever, pulled at will by prime ministers, that his mother became.

Bartlett is not the first to imagine Charles on the throne. And, uncoincidentally, others predicted he would cause trouble.

In the early 1990s To Play the King, the second part of the House of Cards trilogy (the original and best TV adaptation of the books, not the Netflix remake), Michael Kitchen plays a newly crowned (and unnamed) king who deeply disapproves of his Conservative government led by the Machiavellian PM Francis Urquhart (played to perfection by Ian Richardson). 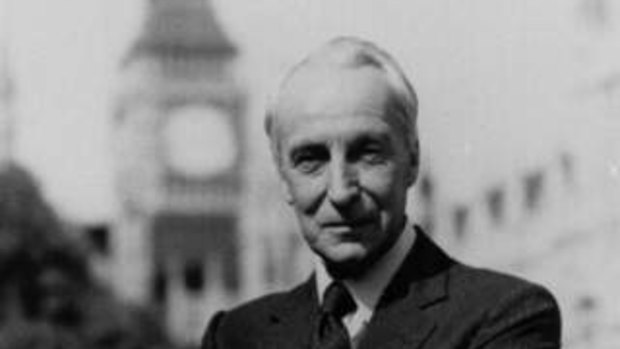 Ian Richardson as Francis Urquhart in the original House of Cards.

This King, too, starts meddling in politics, to the horror of Urquhart, pushing for urban regeneration and making public statements implying criticism of Tory policies.

Urquhart hits back by feeding lurid stories to the tabloid press and manoeuvring to get the next royal generation onto the throne.

Here, again, fiction almost supernaturally predicts real life: the explosion of a public housing tower block and resulting deaths put the Tories on the back foot and allow the compassion of the royal family to come to the fore.

But, again, the writer cannot imagine a Charles on the throne for long – Urquhart has the last laugh by winning an election against the King’s open opposition, and successfully demanding he step down in favour of his son.

Author of the House of Cards books Michael Dobbs was a Conservative Party aide who served as Margaret Thatcher’s chief of staff in the mid-1980s – so he was well familiar with where real power lurked in Whitehall, Westminster and Windsor.

He wrote the book in 1990 “partly because I believed that the royal yacht was heading for turbulent waters”, he said in its introduction. He insisted his fictional king “isn’t simply a version of Prince Charles – there have been many heirs to the throne who have gotten themselves into difficulties, and I took a little inspiration from more than one”. Nevertheless, his king “replaced his complete lack of material concerns with a lifetime of tortured spiritual questioning, and the strain was evident”. Hint, hint.

And this king is desperate to use his power to improve his kingdom. In his first meeting with the PM, he asks him to cancel the “modernist” redevelopment of an old city site.

Urquhart is dismissive, saying: “The King’s job is to give garden parties and to save us the bother of electing someone else president”. Later, in a vicious encounter with the King, he tells him “politics is about the attainment and use of power … no place for a king”.

The King replies: “Did I miss a mention of morality in there, prime minister?”

Urquhart: “Morality, sir, is the monologue of the unexcited and the unexcitable, the revenge of the unsuccessful, the punishment of those who tried and failed, or who never had the courage to try at all.”

Fiction that predicts the future usually underestimates the scale of change and overestimates its pace. If that proves true of King Charles III, we’re in for an interesting few years.