The CNN reporter who was arrested live on air while covering George Floyd protests in Minneapolis has revealed that police told him they were "just following orders."

Omar Jimenez – who detained along with members of his production team in the middle of a broadcast just after 5am on Friday morning – described the incident after his release from police custody. 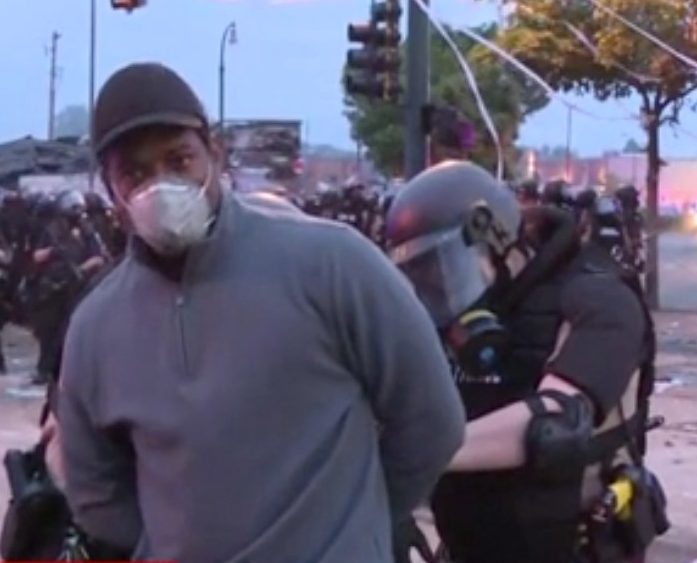 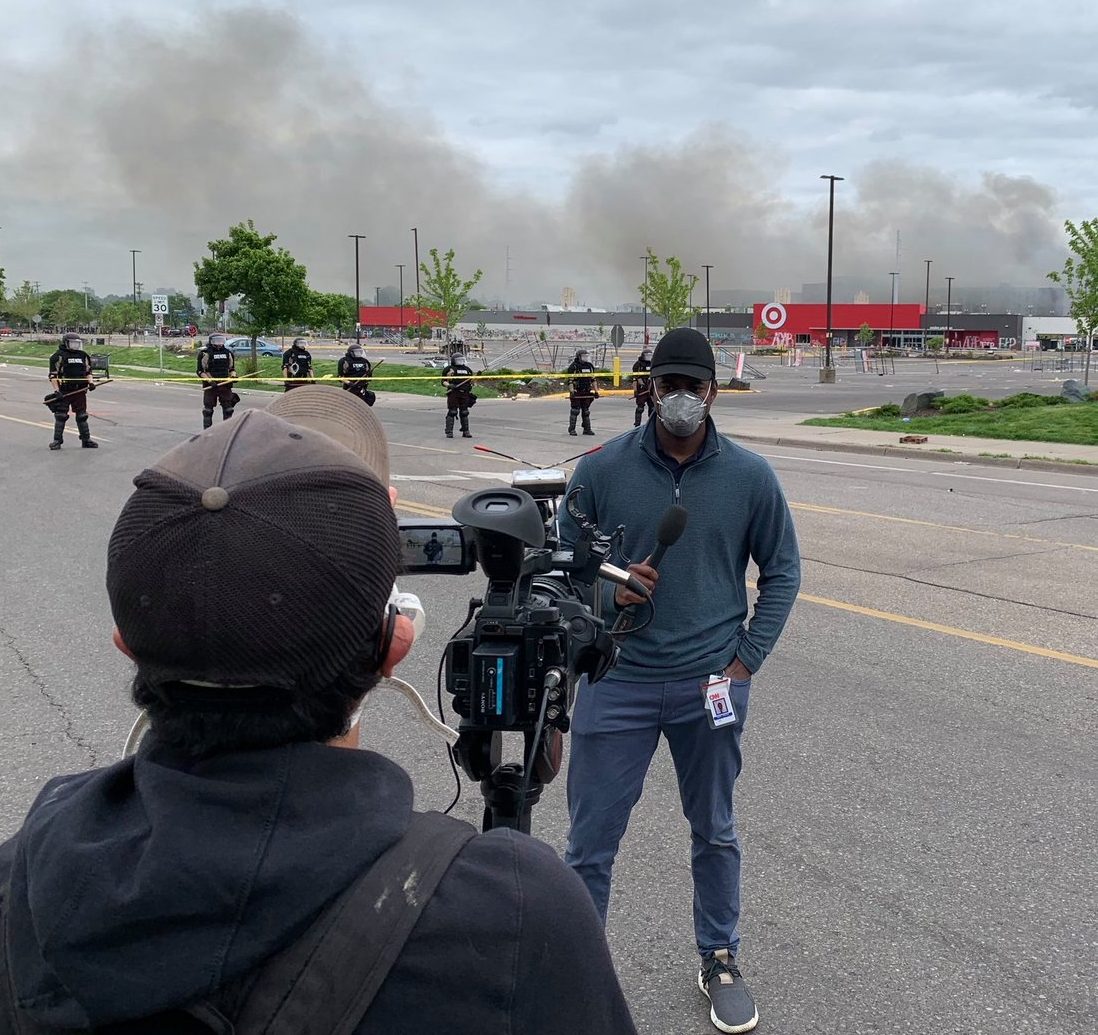 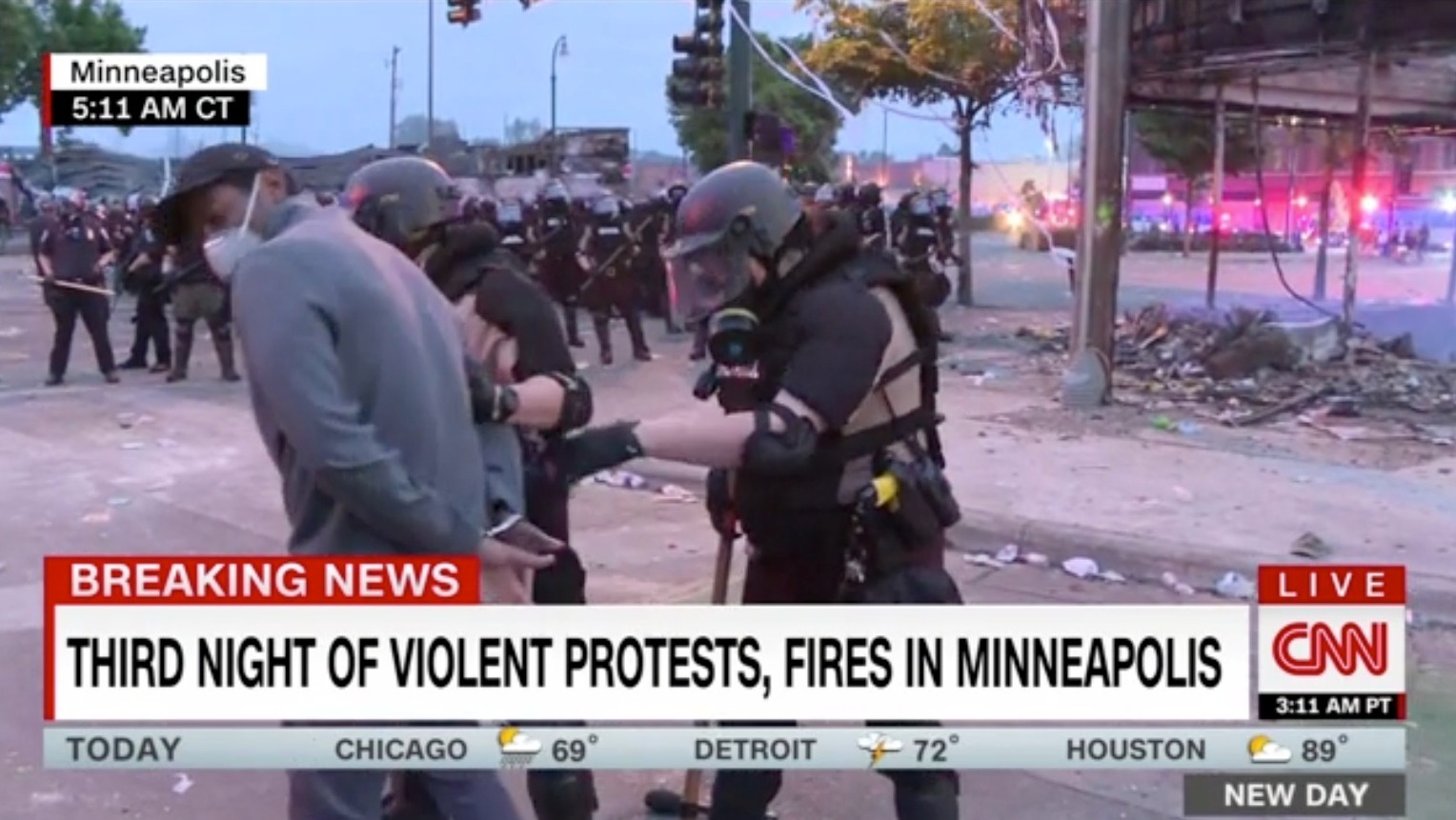 After Jimenez's release, he spoke with CNN on Friday morning and explained what happened.

"There seemed to be a little bit of confusion as to what was supposed to or what was allowed to happen," he said, saying that the reporters had been in verbal contact with police before the arrest.

He said they stepped onto the corner when they saw people coming their way.

"I think the moment before the arrest actually happened, we saw at least one protester – or at least someone who was not media – run past us and that person was cornered by State Patrol."

"After that person was apprehended, they then turned toward us.  And that was the first moment that the police got behind us."

"In a sense we were sort of surrounded by state patrolman and it seemed like Minneapolis police officers as well."

Jimenez said the arrest took place in front of the Minneapolis precinct – which went up in flames last night.

The news anchor praised Jimenez for his professionalism during what happened.

Jimenez added that while he was in police custody, he questioned where reporters should be standing in the future, to which an officer responded: "Look… I don't know, I'm just following orders." 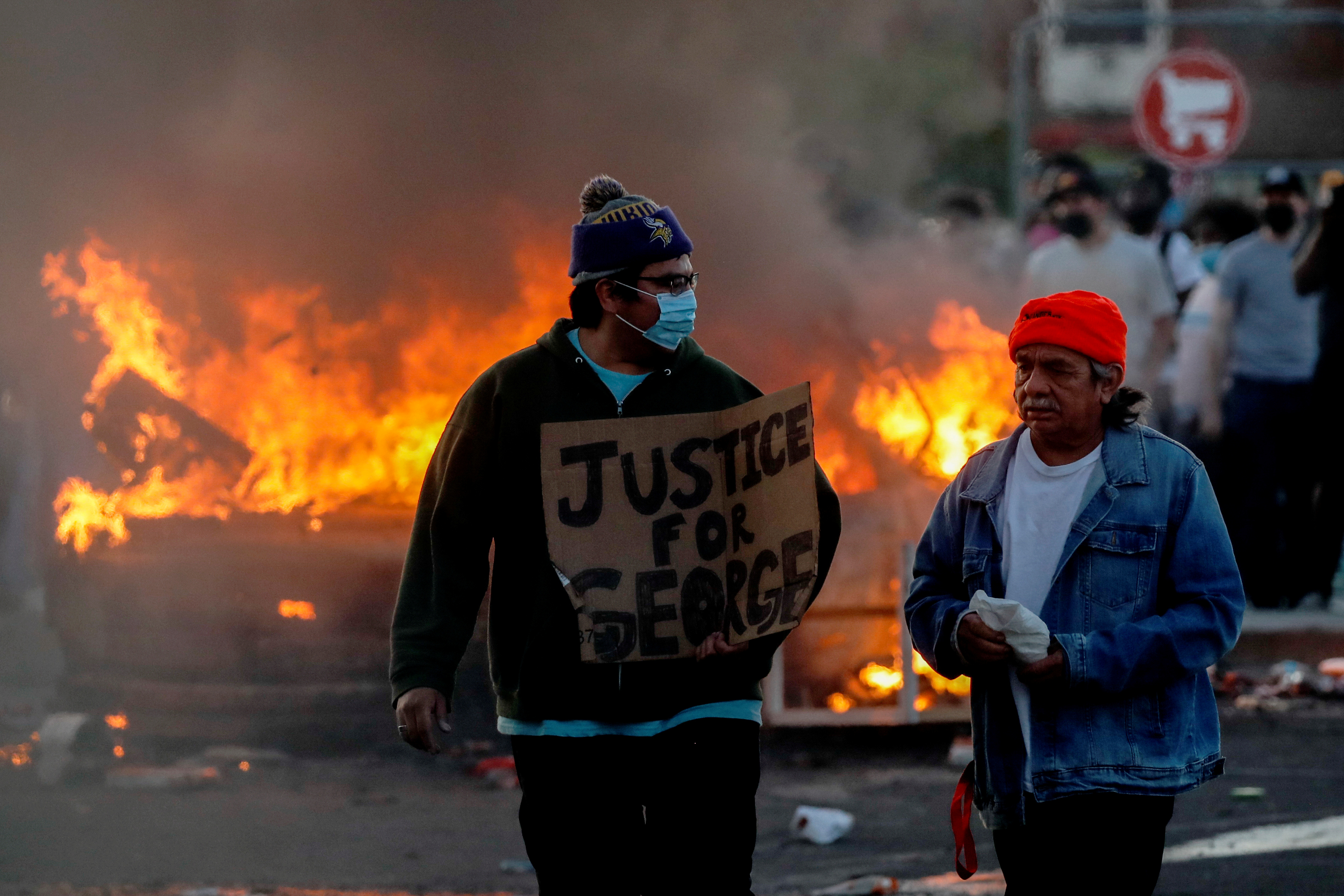 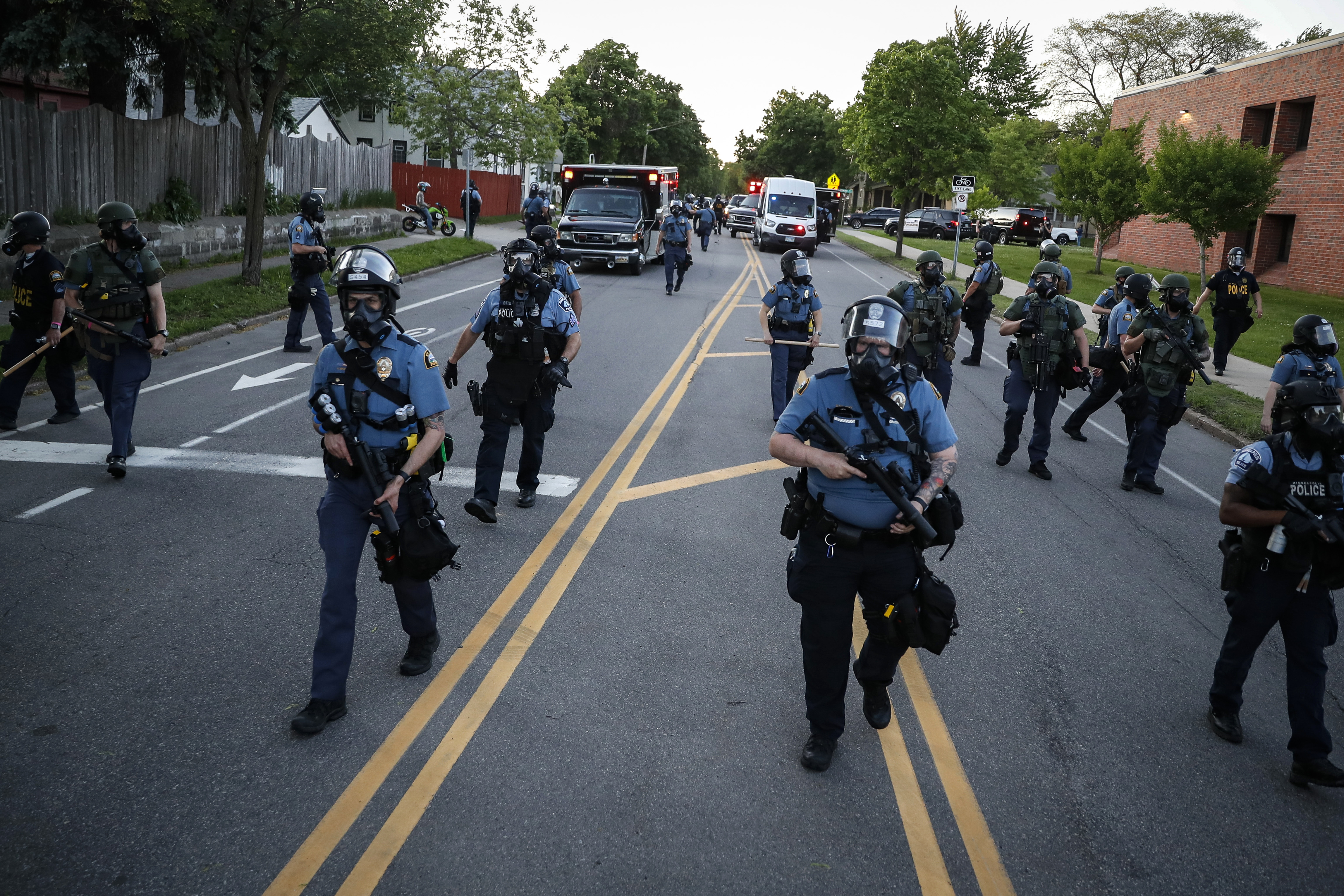 He appears to be having an exchange with one officer about where he and three colleagues should position themselves.

"We are one team. Wherever you want us, we will go," he says. "Just let us know and we gotcha."

He continues reporting on the scene and describing efforts by police to scatter the protests, but is then heard saying: "I'm sorry."

A police officer tells Jimenez, "You're under arrest", while he and a colleague move to put Jimenez's hands behind his back.

Jimenez replies: "Okay, do you mind telling me why I'm under arrest, sir?"

The officers do not appear to offer an explanation before taking a microphone from Jimenez's hands and putting him in handcuffs.

During the arrest, a colleague off-camera can be heard telling the officers that the group are journalists with CNN.

Jimenez stands looking into the camera as a bewildered anchor in the studio says: "You are watching our correspondent being arrested."

Two other members of the group were also arrested.

However, according to CNN: "A black reporter from CNN was arrested while legally covering the protests in Minneapolis. A white reporter also on the ground was not."

On Friday morning, Joe Biden also commented on how the white reporter was not arrested.

He tweeted: "This is not abstract: a black reporter was arrested while doing his job this morning, while the white police officer who killed George Floyd remains free.

"I am glad swift action was taken, but this, to me, says everything." 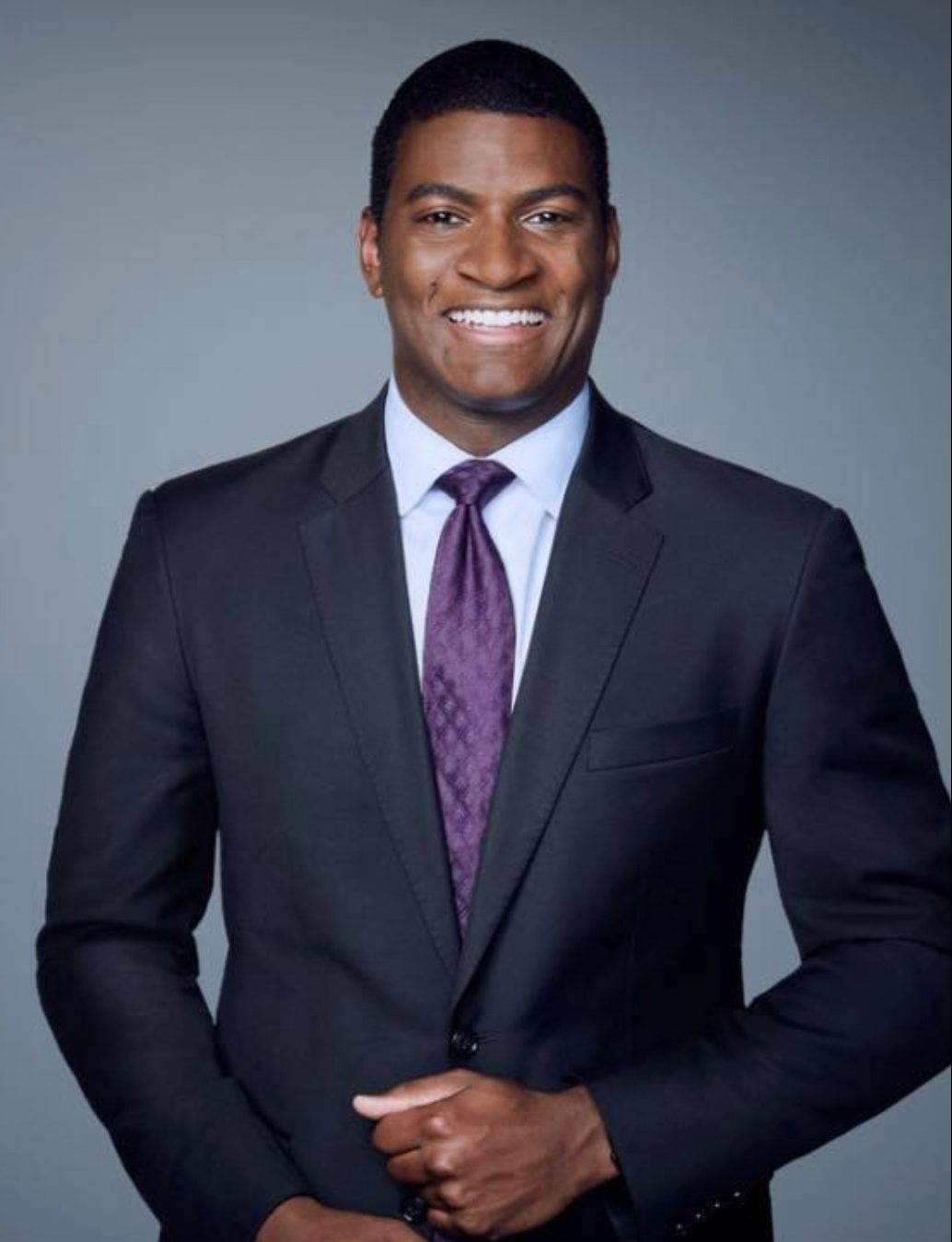 He reportedly told his CNN team: "It's hard to be prouder of what our team did this morning."

About an hour after the arrest, Minnesota Gov Tim Walz "deeply apologized" to Zucker and promised the employees would be released quickly, according to CNN's John Berman.

'A CLEAR VIOLATION OF THE FIRST AMENDMENT'

Taking to twitter, anchor Jim Sciutto wrote: "My colleague @OmarJimenez, reporting calmly and cooperatively, was just arrested on live television along with his crew."

A statement released by CNN read: "A CNN reporter and his production team were arrested this morning in Minneapolis for doing their jobs, despite identifying themselves — a clear violation of their First Amendment rights.

"The authorities in Minnesota, including the Governor, must release the three CNN employees immediately."

Protests and rioting erupted in Minneapolis and other cities following the death on Monday of African-American man George Floyd in the course of an arrest.

The death has been compared to the death of Eric Garner in 2014 and those of numerous other unarmed black men who have died or been shot by police in the course of an arrest in recent years. 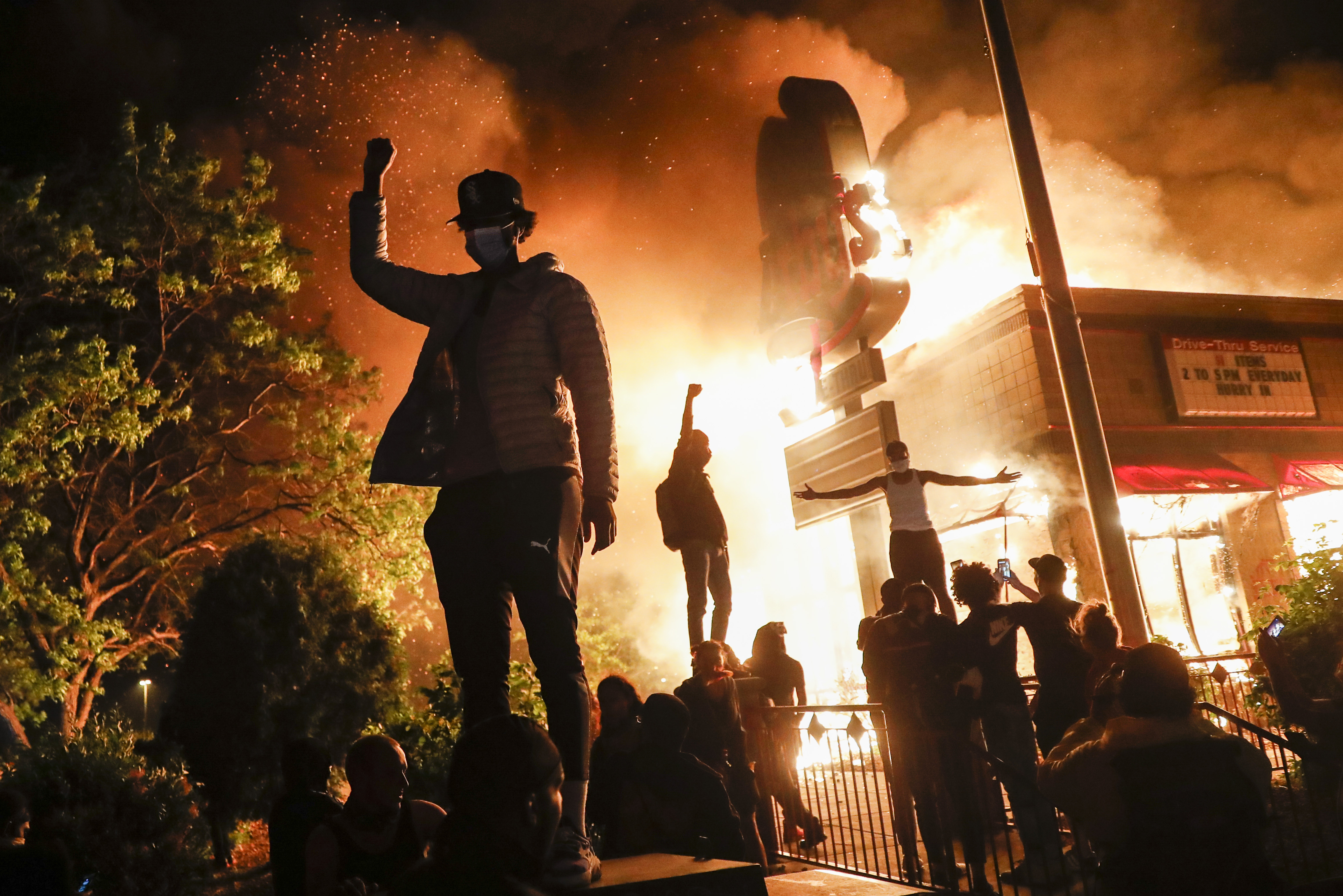