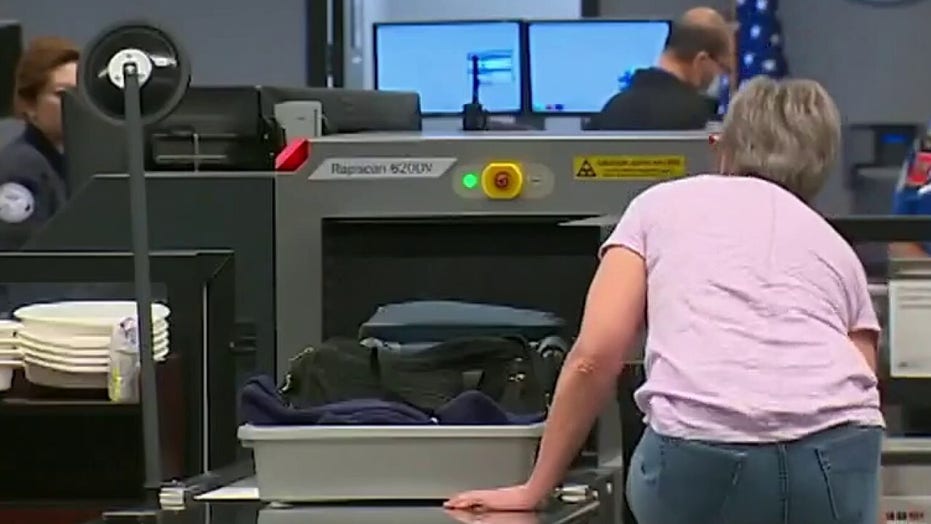 U.S. could be placed on list of origin countries that might be barred from travel to Europe amid COVID-19 crisis; reaction and analysis from Fox News medical contributor Dr. Marc Siegel.

Only weeks after countries reopened their borders for summer vacations, Europe’s tourism revival is running into trouble amid a new wave of COVID-19 infections.

European countries started opening up to each other’s tourists in mid-June, but recent events have shown the perils of reopening travel between countries. Britain had to impose a sudden 14-day quarantine on travelers arriving from Spain, Norway ordered a 10-day quarantine for people returning from the entire Iberian peninsula, and France urged its citizens not to visit Spain’s Catalonia region.

The World Health Organization said the coronavirus pandemic continues to accelerate, with a doubling of cases over the past six weeks. 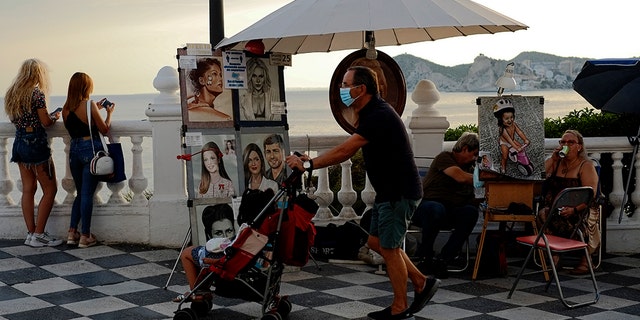 “Every single country where pressure has been lifted on the virus, where virus is still at community level, there’s been a jump back in cases,” he said.

A tally by Johns Hopkins University shows about 16.3 million confirmed cases of COVID-19 worldwide and around 650,000 deaths. The actual numbers are thought to be much higher because of limits on testing and the many minor cases that have gone unreported.

CORONAVIRUS: WHAT YOU NEED TO KNOW

Elsewhere in Europe, authorities in Belgium said COVID-19 cases are growing at an alarming rate amid a surge of infections in Antwerp. Greek authorities said they are likely to extend the mandatory use of masks at churches and shopping malls. 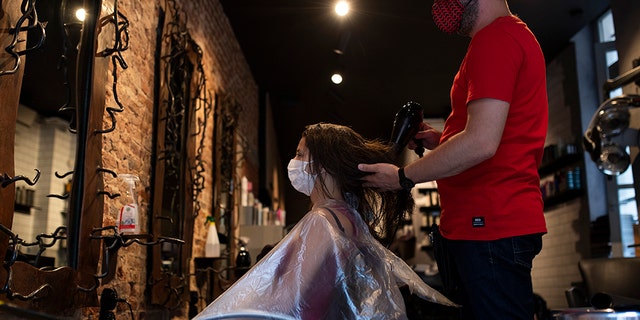 A woman, wearing a mask to protect against the spread of coronavirus, gets her hair styled in a hairdresser shop in downtown Brussels, Monday, July 27, 2020.  (AP Photo/Francisco Seco)

In Austria, the lakeside resort town of St. Wolfgang shortened bar opening hours after an outbreak was detected on Friday. By Monday, 53 people had tested positive, including many people working in the tourism industry.

In Germany, officials decided last week to set up testing stations at airports to encourage people arriving from a long list of countries deemed high-risk — including popular destinations such as Turkey — to get tested. They will also allow people to get tested elsewhere for free within three days of arrival.

Bavaria’s governor, Markus Soeder, said he is worried about travelers returning from vacation. Referring to the Austrian ski resort that was an early European hot spot in March, he said: “My worry is not that there will be one big Ischgl, but that there will be many mini-Ischgls.”

Later Monday, Health Minister Jens Spahn said he had decided to make obligatory the testing of returning vacationers from risky areas, and that the new regulations should come into effect within the next week, the dpa news agency reported.

“We need to prevent travelers from infecting others without it being detected and starting new infection chains,” he explained.

New infections in Germany have been creeping higher from a low level.

In Spain, the tourism industry employs 2.6 million people and generates 12 percent of the country’s economic activity. The sector has lost an average of $5.8 billion per week since March, according to Juan Molas, the head of a national association of tourism companies, Mesa del Turismo.

Tourism Minister Reyes Maroto said the Spanish government is trying to persuade Britain to exempt the Balearic Islands, which have a low infection rate, from the quarantine rule.

“We’re living alongside the virus. That doesn’t mean we can’t travel. We can, if we are careful,” Maroto told The Associated Press.