A coroner has slammed the care of a three-month-old boy who died after doctors waited more than six hours before giving him antibiotics.

Kirsty Link and Aidan Crawford rushed their son, Lewys, to the University Hospital of Wales in Cardiff after he suddenly developed a high temperature.

It later emerged that he was suffering from the early stages of meningococcal disease and was at high risk of developing sepsis.

But the little boy died the following day and his parents have since been told at an inquest into his death how he could have survived had he been given antibiotics sooner. 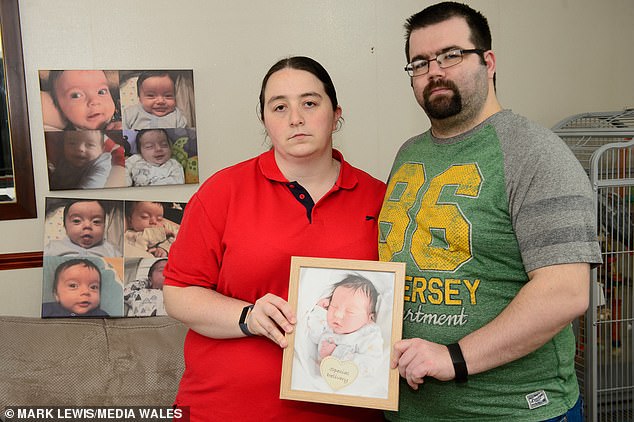 Ms Link had been at the family home in St Mellons, Cardiff, with Lewys on the afternoon of March 21 when his temperature started to rise.

She gave him a dose of Calpol and set him down for a nap but when his temperature was still high a few hours later she and Mr Crawford took their son to A&E.

The family were first seen in the paediatric ward at about 8.15pm before being transferred to a children’s ward just after 11pm.

The couple, both 35, realised clinicians were checking for signs of meningitis when they requested a lumbar puncture.

But Lewys was only given antibiotics at about 3am the following morning.

He was rushed into intensive care a short time later where doctors tried to bring him back to a stable condition.

He died at 11.10pm on March 22 with the cause recorded as Group B meningococcal septicaemia. 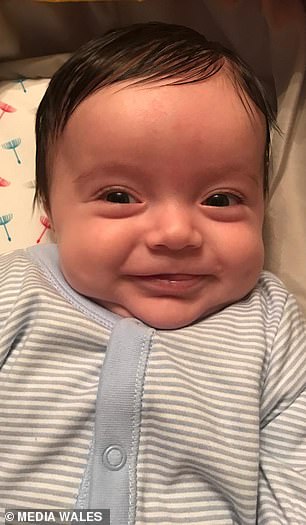 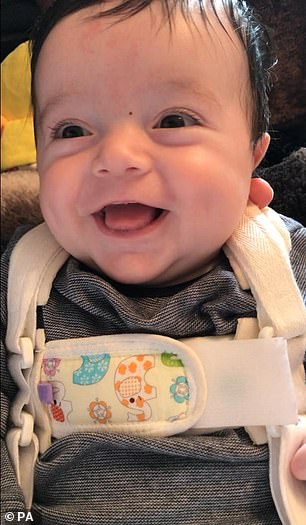 The inquest that was held earlier this month heard that there were ‘multiple opportunities missed’ to administer antibiotics which ‘significantly contributed’ to Lewys’ death.

The jury ultimately recorded a conclusion of death by natural causes contributed to by neglect which was described as a ‘gross failure’ in his care.

Ms Link said: ‘In my eyes he was perfect.

‘He was happy as Larry. He was smiley and I would hardly hear him grizzle.

‘It makes me think “why us?” Every time I see a mother with a baby I just can’t deal with it.

‘I can’t deal with programmes on the telly. I can’t watch my normal programmes. If I do I have to fast forward or skip certain things if a baby comes on.’

‘I blamed myself for seven or eight months thinking “what could I have done? what did I miss?”

‘But I now know I did everything I possibly could for him at the right time.

‘We do think now if we had taken him in at 4.30pm or 4pm we would have been sent straight home.’ 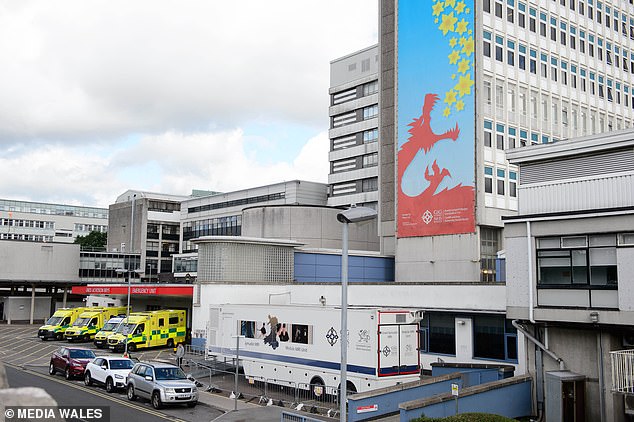 Ms Link said that she has struggled since Lewys’ death to feel confident when attending appointments at the hospital. Pictured: University Hospital of Wales

Ms Link said that she has struggled since Lewys’ death to feel confident when attending appointments at the hospital.

She said: ‘I don’t feel like I have got trust in them.

‘I had an appointment myself last week and I was absolutely petrified to even walk into UHW.

‘For me I have got no trust in them at the moment.’

Mr Crawford added: ‘I would say there is definitely an element of anger.

‘Especially as time went on and we were given more information particularly with the things that were discussed in the inquest with some of the actions that should have been taken or should have been done sooner.

‘The omission of doing certain things.

‘That definitely makes us angry because had they done everything at the right time and been more concerned about treating Lewys than obtaining untainted test results, we wouldn’t have had to go through all this.’

Mr Crawford went on to say that they have been struggling to move past what happened but the inquest has allowed them some closure.

The couple hope to see lasting changes that help prevent cases like theirs from happening again in the future.

‘The failings that happened with Lewys that caused us to lose him we just want to make sure they don’t happen again.’

Ruth Walker, executive nurse director at Cardiff and Vale University Health Board, told the BBC after the inquest that they apologised ‘for the failings in the treatment and care we provided to Lewys’.

She said steps had already been taken to address some of the improvements identified in an internal investigation following Lewys’ death before adding: ‘This will help ensure that the right treatment pathways are in place and followed, for all patients that come into our care that we suspect may have sepsis.’