Britain’s counter-terror police are conducting their first investigation into the activities of a violent ‘incel’ after the suspect posted ‘threatening’ messages online.

A ‘disruption’ operation was carried out last year after an unidentified man, from outside of London, was accused of posting a series of ‘worrying’ statements.

Officers were drafted in amid fears that the suspect, who was arrested but not charged, would turn to – or inspire – violence if left unchecked. He is now being investigated on suspicion of non-terrorism-related offences.

The Daily Telegraph reported that counter-terror police believe the man is a member of Britain’s incel, or ‘involuntary celibate’, movement. 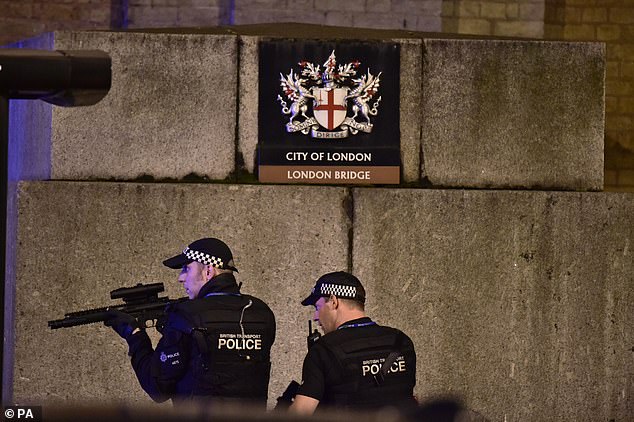 Britain’s counter-terror police are conducting their first investigation into the activities of a violent ‘incel’ after the suspect posted ‘threatening’ messages online (pictured, armed police officers at London Bridge during an act of terrorism in June 2017)

Incels belong to an online subculture of misogyny, self-hatred, racism, and self-pity which defines its adherents as unable to find a romantic or sexual partner.

They are often young, straight, and friendless – primarily white – men, some of whom suffer from psychological disorders including depression and autism.

On the Reddit forum /r/incels subreddit, the incel community became known as a place where men blamed women for their celibacy.

The movement, which experts believe currently numbers around 2,000 in the UK, is accused of inspiring at least four acts of mass murder in North America.

Annie Kelly, an East Anglia University PhD student, said: ‘There are numerous forums out there on which men identifying as incels post, but it tends to be a global network so it is hard to get a sense of the UK picture.

‘Also, men might be posting in these online forums without really being serious.’

She continued that ‘much of the language’ of inceldom is ‘very violent’ and said ‘it was only a matter of time before we saw something’ in Britain.

‘There is nothing in the British culture that sets us apart [from Canada and the US] and makes it less likely to happen here,’ Ms Kelly said. 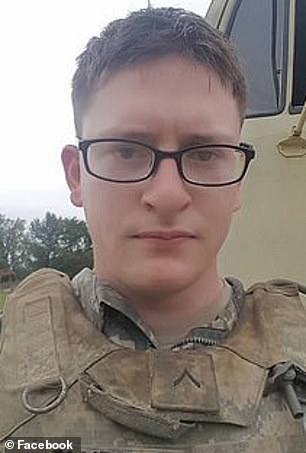 Clyde failed to kill any civilians or law enforcement officers, despite carrying 150 rounds of ammo with him. He was shot dead on site, aged 22.

The former US Army infantryman appears to have self-radicalised online, posting far-Right memes from an incel subculture, including ideas sympathetic to the US Confederacy and to Nazism.

Some posts were called ‘transphobic’ and ‘anti-feminist’.

Clyde’s half-brother had contacted the FBI three years before the shooting, alleging that the incel was suicidal and gun-obsessed. His family believe Clyde’s death was an act of ‘suicide by cop’. 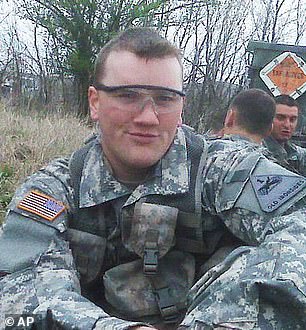 According to his social media accounts, he was a military veteran and ex-teacher affiliated with a number of Right-wing groups. YouTube videos uploaded by Beierle in 2014 showed he identified with the incel movement, and complained of his sexual rejection by women.

He also sympathised with Elliot Rodger, the 2014 Isla Vista shooter.

His other videos involved him ranting about African-Americans, illegal immigration, and interracial relationships. The FBI and the Tallahassee Police Department reported about Beierle’s hatred of women and that he was ‘disturbed’. 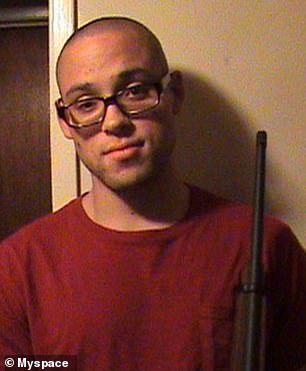 Chris Harper-Mercer killed an assistant professor and eight students at the Umpqua Community College campus on October 1. After being wounded during a shootout with police detectives, he committed suicide.

Harper-Mercer had joined the Army in 2008, but was discharged after five weeks for his failure to meet ‘minimum administrative standards’ of training. Officials linked to the investigation said he was discharged after the result of a suicide attempt, though Army officials did not comment on the claim.

He maintained several Internet accounts; one of his final posts was a documentary on the 2012 Sandy Hook massacre.

On the day of the shooting, Harper-Mercer gave a survivor numerous writings which showed he had studied mass shootings, including the 2014 Ista Villa killing. They expressed his sexual frustration as a virgin, animosity towards African-Americans, and a general lack of fulfillment in his isolated life. 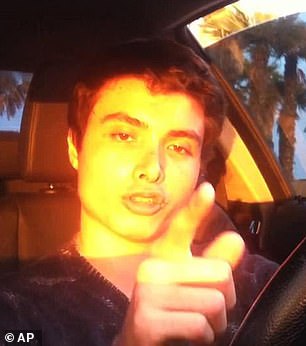 Elliot Rodger killed six people and injured 14 others near the University of California, Santa Barbara campus on May 23, before killing himself.

He stabbed three men in his home, before shooting three women outside a sorority house, and one man outside a nearby deli. Rodger then sped through Ista Vill, shooting and killing pedestrians, and hitting others with his vehicle.

Police found him with a self-inflicted gunshot to the head.

Rodger posted a video to YouTube before the attack, in which he explained his desire to punish women for rejecting him, and punish sexually-active men. His family said that Rodger had suffered from schizophrenia and bipolarity, and had started rejecting treatment as he turned 18. In his manifesto, he bemoaned his own mixed-race heritage, African-Americans, and women.