Cyclist Geraint Thomas raises more than £300,000 for the NHS by replicating nurses’ 12 hour shifts on his bike

Champion cyclist Geraint Thomas raised more than £300,000 for the NHS – by replicating nurses’ shifts on his bike.

Thomas – whose mum Hilary is a nurse – said he wanted to do his bit to help raise money for those putting their lives at risk to help others on the frontline of the coronavirus crisis. 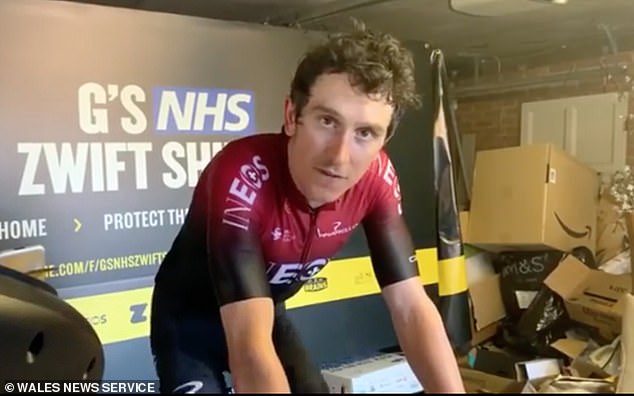 He said: ‘She has retired three times already but has come back so I wanted to help in any way I can.

‘The only thing I know how to do is ride a bike.

‘Nurses work 12 hour shifts so I thought I could replicate them on my turbo.’

He livestreamed his 7.30am-7.30pm rides via the internet and encouraged others to join him on virtual cycling programme Zwift. 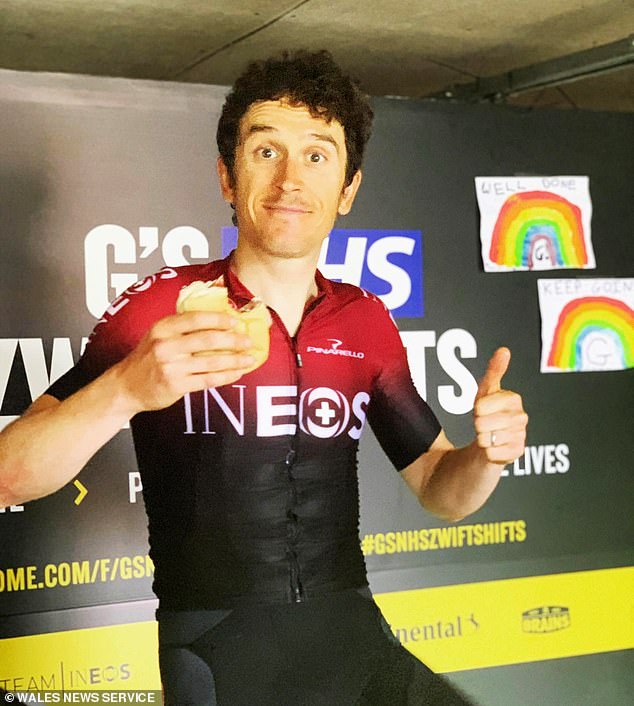 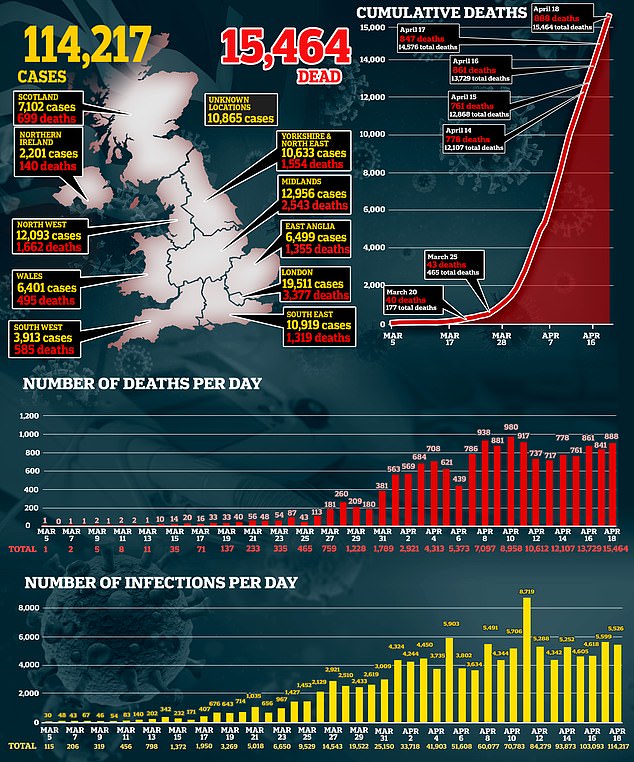 After completing the marathon shifts on Friday night, Thomas said: ‘No exaggeration, the last two hours were the hardest I have ever had on the bike.

‘I could barely sit down.

‘I am going to have a week off to recover from this. It was 36 hours in the saddle over three days which would normally be a big training week for me.

‘The longest ride I have done on the road is eight hours and 20 minutes in a group and that was with a coffee stop. 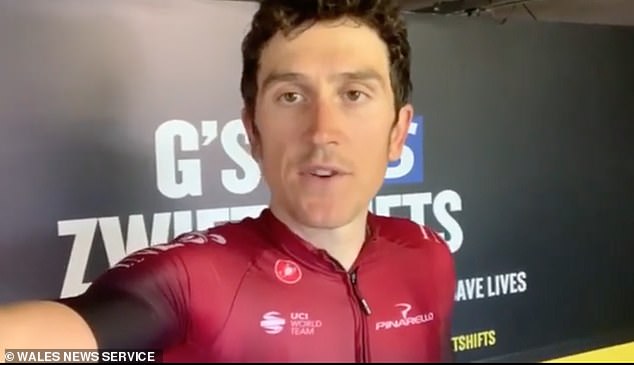 The Tour de France winner, pictured, livestreamed his 7.30am-7.30pm rides via the internet and encouraged others to join him on virtual cycling programme Zwift

‘On a turbo the longest was three hours and there is a lot of difference from that and riding outside where you have the scenery and downhill.

‘Here I am just in my garage.’

He celebrated finishing with a pint of beer in his kitchen.