Demand for office space in Melbourne has surged over the past six months with developers backing a return to the city and renewed interest in working in offices.

The Property Council’s Office Market Report, published on Thursday, showed 45,560 square metres of office space has been taken up by new leases, far exceeding Melbourne’s historical average, which it attributes to big tenants including NAB, Monash College and IOOF taking on large spaces. 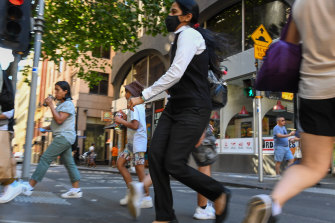 The property lobby group said the report showed underlying confidence in the office sector and represented a significant turnaround from the first six months of 2021 when Melbourne was the country’s only CBD to record negative demand.

Melbourne posted the second strongest demand in terms of metres let for CBD office space, just behind Perth in the latest report.

The Property Council’s Victorian director, Danni Hunter, said the increase in office demand showed the CBD was set for significant rebound in 2022 after the challenges of the COVID pandemic.

Melbourne’s offices remain largely vacant, with state government advice in place since December 23 for all Victorians to work from home if they can.

“The demand story is so incredibly positive and it really does speak to the underlying confidence of the business sector in the office,” Ms Hunter said. “It completely allays these exaggerated views that the office is dead and rather shows us that businesses are keen on the office.”

Ms Hunter said the way businesses and employees used office space had changed since the pandemic and many office workers did not expect to return to the office five days a week.

“[Businesses] are keen on having space [where] people can come together and work together,” she said.

“The way people are using spaces is really different, so there’s not just workstations and smaller areas of collaboration being delivered, but there’s much more of an emphasis on major collaborative spaces, open client spaces, cafe style areas, workshop style areas, and rooms that are really free and open and available to staff.” 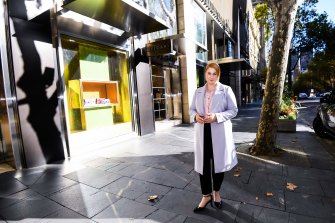 The Property Council’s report found the increase in Melbourne CBD office vacancy was primarily due to an influx of new supply with an additional 185,332 square metres of new office space coming online.

However vacancy rates also increased in Melbourne’s CBD, rising 11.9 per cent in January 2022 from 10.4 per cent in July 2021, with higher vacancies in prime stock compared with secondary stock.

Melbourne’s pre-pandemic vacancy rate was 5.8 per cent in January 2020.

Ms Hunter said the high vacancy level was a result of significant new supply additions rather than declining interest.

“The vacancy level is really being driven by high-quality new office supply,” she said. “We’re seeing a real flight to quality for those buildings.”

Tenant advocate Angelo Pavanello said businesses who had “sat on their hands” in 2020 moved last year to take advantage of high vacancy rates.

“The second half of 2021 saw a big uptick especially when we got out of lockdown and were able to do inspections there was an appetite for companies to appease their growing headcount and lock into new leases,” he said.

Mr Pavanello said the death of the office had definitely been exaggerated and “progressive” tenants were trying to encourage staff to come back in with new layouts and upgrades.

“The old way of fitting out the office and using the office is dead,” he said. “There’s a new way now as to what staff expect and how organisations will use their physical real estate to attract and retain their staff and complement the home office.”