Desperate search for top climber, 41, swept away by avalanche in Scottish mountains

Police are growing ‘increasingly concerned’ for a climber caught up in an avalanche in the Scottish mountains after the search ended with him still missing.

Andrew Vine, 41, was last seen on the West Face of Aonach Mor, in the Scottish Highlands, at around 1pm on Friday.

John Stevenson, leader of Lochaber Mountain Rescue Team said Mr Vine and his climbing partner had finished a climb when it appears they were hit by an avalanche. 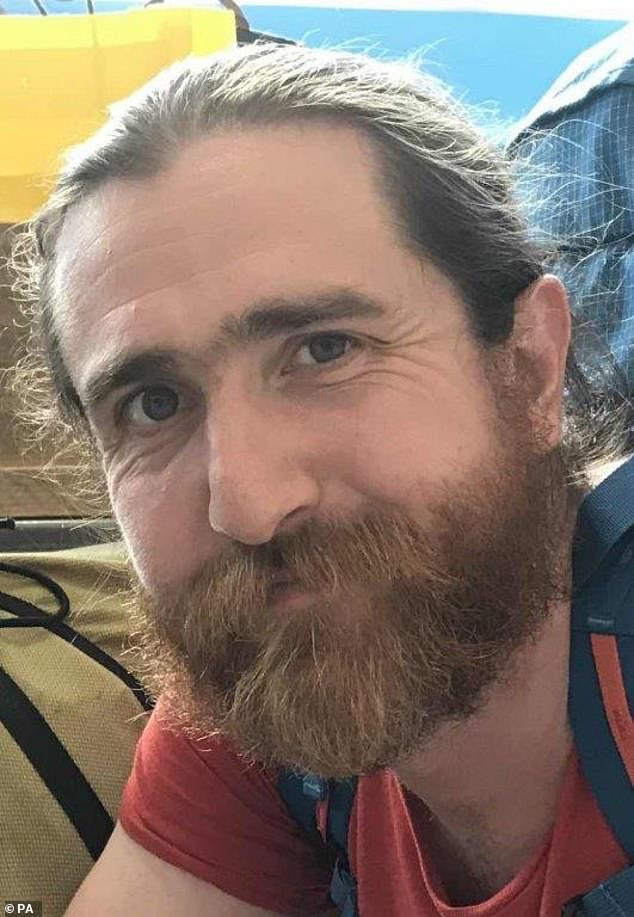 Andrew Vine, 41, was last seen on the the West Face of Aonach Mor, Scotland, at around 1pm on February 28. The man, of Manchester, is thought to have finished a climb with his partner before being hit by an avalanche

Mr Stevenson added: ‘She must have gone several hundred meters – we don’t know how far he went. She may have been partially buried – we don’t know. Either way she is very lucky.’

‘We will have to assess things to see when we can resume the search. We need the weather to settle down.’

Mr Vine’s wife is in the area and being kept informed while the other climber was airlifted to the Belford Hospital in Fort William. Her condition is unknown. 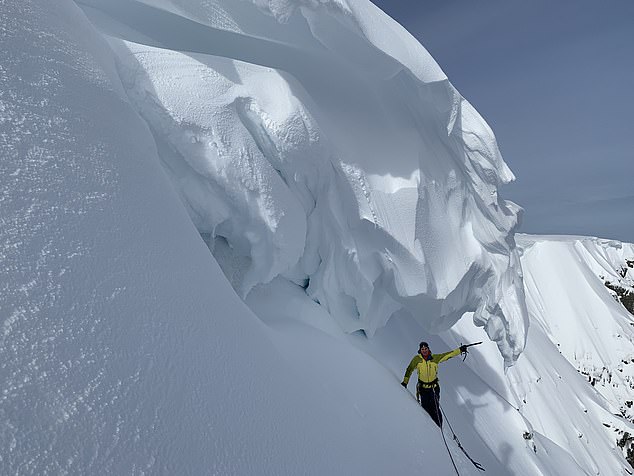 Glencoe Mountain Rescue Team joined the Search and Rescue Dog Association and other rescue teams – for a six-hour hunt on Friday (pictured, file image of a Lochaber mountain)

Mr Vine, who was visiting Scotland with a Manchester-based climbing club, had previous experience of expedition mountaineering in many parts of the world including the Indian Himalaya and Alps.

He is described as white, 5ft 11ins, medium build with ginger/brown hair and beard. 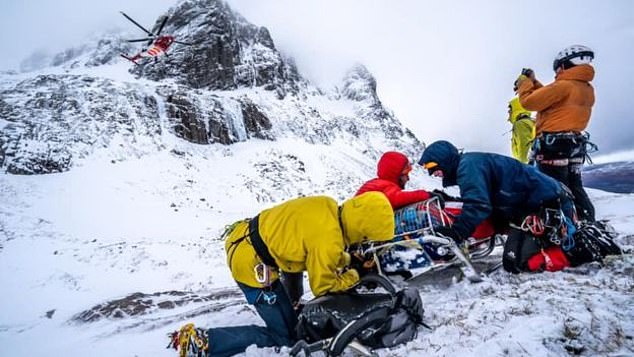 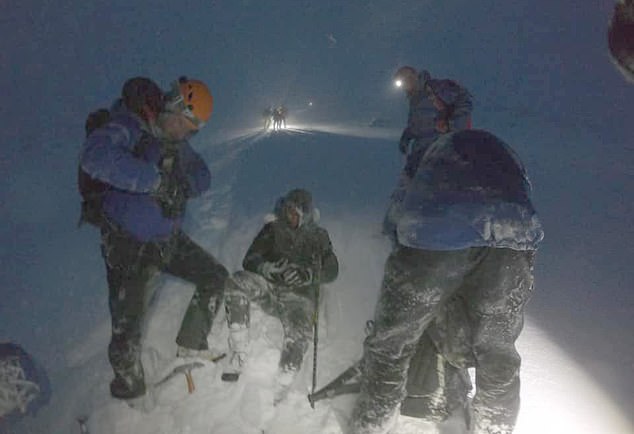 Brian Bathurst, deputy team leader of Glencoe Mountain Rescue Team, said the search for Mr Vine was ‘very difficult’ because of the weather conditions. It comes when there have been three deaths on Scotland’s mountains in the last few weeks, and four walkers rescued without equipment (pictured)

Mr Bathurst and 11 other members of Glencoe MRT searched with the Search and Rescue Dog Association and other rescue teams – for six hours on Friday.

He added: ‘We swept the whole coire and did find an avalanche tip, but it was getting dark. We searched on though, but with no results unfortunately.’

Lochaber MRT resumed the search today after being helped by Cairngorm and Glencoe MRTs using probes to try and find the man who is thought may be buried under snow, yesterday.

What equipment and knowledge do mountaineers need to climb Ben Nevis in winter?

At 4,413ft, the conditions on the summit of Ben Nevis will always be much colder and more treacherous than they are at sea level.

That means that yesterday the summit of the mountain was experiencing winds of 80mph and a minus 20C wind chill while conditions at sea level were a relatively benign minus 4C with 40mph winds.

On the summit it will have been difficult for the students to stand, and their feet would quickly have started to suffer frostbite in trainers.

White out conditions would also have made keeping their bearings almost impossible.

Outdoor experts say that even experienced mountaineers would think twice about going out onto Ben Nevis in such conditions.

Those that do will be equipped with crampons, ice axes, thick mountain boots and several layers of high-tech clothing.

They will also have a map or GPS system and the ability to navigate at night and during a whiteout.

Cairngorm MRT were called out to search for three people lost on the Cairngorm Plateau, on Saturday night.

While the 12-strong team were looking for the lost trio they also came across two others who also reported being lost during the initial call out.

All were safely escorted off the hill.

Team leader Willie Anderson said: ‘We got the call about 9pm and it was getting very windy and very cold. But we found the five in the ski area. They were cold but fine. It really is winter conditions now.’

Meanwhile an injured walker on Ben Nevis was also helped by rescuers on Saturday evening.

Lochaber MRT said the hiker had become ‘temporarily misplaced’ while descending the UK’s highest mountain and ‘ended having a tumble’ in the area of Antler gulley.

There have been three deaths on Scotland’s mountains in the last few weeks.

Four men, three of whom were wearing trainers, were rescued from Ben Nevis last month.

In 2019, there were 11 deaths over the entire winter – including three climbers who died in an avalanche on Ben Nevis.

Anyone with information is asked to contact police at Fort William immediately via telephone number 101 quoting incident number 1915 of 28 February, 2020.