Driver, 28, is jailed for 30 months after killing 19-year-old clubber and injuring her two friends in M1 crash when he ploughed into their car after taking cocaine to stay awake 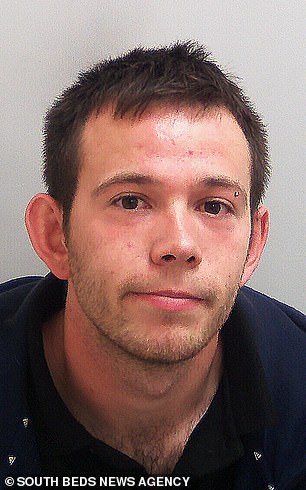 Bradley Lane, 28, pictured, was jailed for 30 months after he admitted causing death by dangerous driving after a collision on the M1 at St Albans Crown Court

A driver who took cocaine to stay awake lost control of his vehicle on the M1 motorway and crashed into a car on the hard shoulder killing a young woman and injuring two others.

Nineteen year old Chloe Palmer, who was sitting in the rear of the stationary Renault Twingo, suffered a severe brain injury when the Isuzu D-Max driven by Bradley Lane ploughed into it.

Two other young women in the car suffered serious injuries in the collision.

A fourth woman, who had got out of the vehicle and was leaning against a metal barrier beside the car, was uninjured.

All the women had been out clubbing that night in Watford and were making their way home when the crash occurred in the early hours of Saturday, November 25, 2017 close to junction 6.

The court heard they had been heading north towards St Albans when the car pulled over onto the hard shoulder just south of junction 6, which was the Bricket Wood exit.

At St Albans Crown Court today, Lane, 28, from Basildon, Essex, admitted causing the death of Chloe by his dangerous driving.

He also admitted two further charges of causing serious injury to the other women by his dangerous driving.

The 19 year old driver had been flung out of the car in the impact and suffered serious injuries.

Another young woman seated next to Chloe on the back seat suffered a head injury and an injury to the right side of her chest wall.

The court was told that Lane had admitted that the crash happened as he was driving home after working a double shift as a driver, during which time he had taken cocaine some eight hours before the crash to help him stay awake.

The court heard the crash had occurred when tiredness eventually caught up with Lane during his drive home and a loss of concentration and alertness meant he drifted across the carriageway and onto the hard shoulder colliding with the stationary car.

Judge Michael Simon, hearing the case, was told Lane had immediately admitted his guilt to police when they interviewed him. 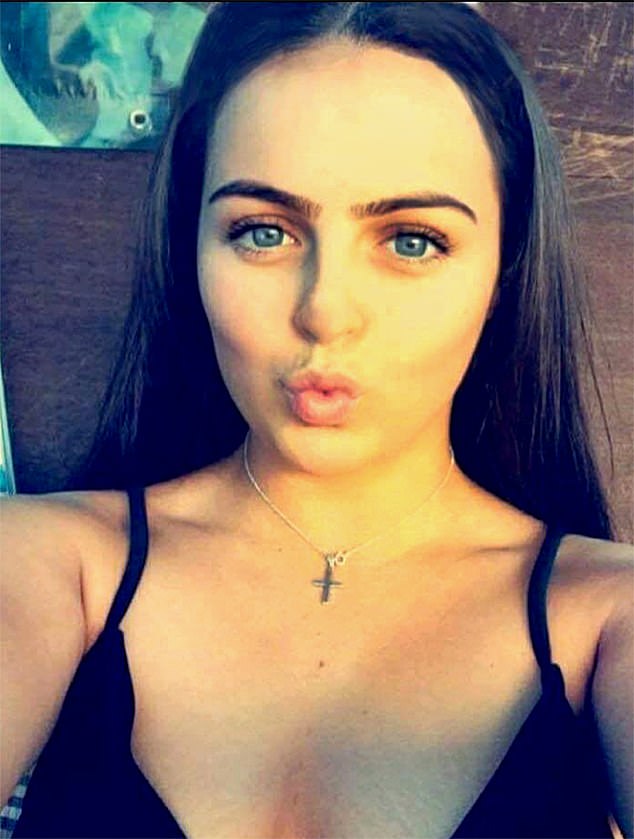 St Albans Crown Court heard Lane apologised to the family of Chloe Palmer who died, and her friends who were injured in the crash 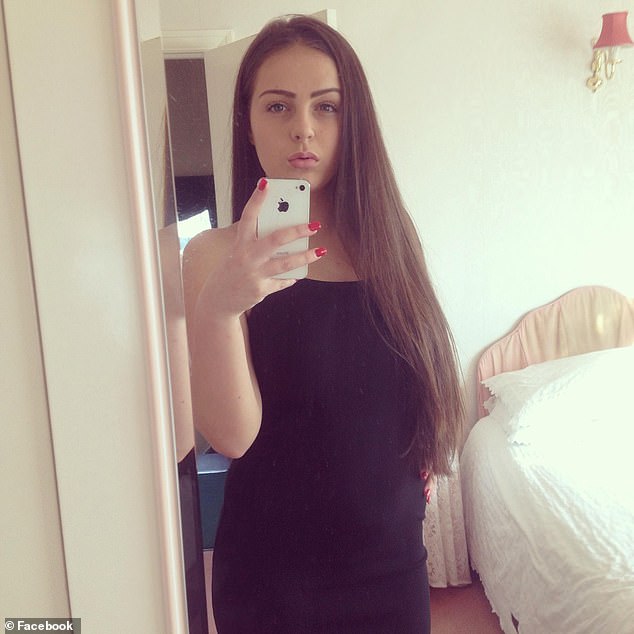 At his first appearance before magistrates in May 2019 he had asked to be remanded in custody and since then had been held in Bedford Prison.

His barrister Malcolm Galloway said his client wanted to make a heartfelt apology to the family of Chloe, who lived in north London.

He said he had taken the cocaine not for recreational purposes, but for it to act as a stimulant and help him stay away as he completed a double shift as a driver.

Passing sentence, Judge Simon told Lane he should never have got behind the wheel of his vehicle that night to drive home and said his tiredness meant he was not in a ‘fit state’ for the journey.

He jailed Lane for 30 months and disqualified him from driving for two years.

Because of the time Lane has spent on remand, the sentence means he will be released from prison in the next few weeks.