Princess Beatrice’s new husband and a VERY cosy arrangement with his ex: Edoardo Mapelli Mozzi’s former-fiancée moves into the office below his in Kensington

When Princess Beatrice secretly married Edoardo Mapelli Mozzi at Royal Lodge in Windsor last week, she could have been forgiven for thinking she would now have him all to herself.

Instead, she will have to learn to share him with his ex-fiancée, Dara Huang, who has moved in with him – at work, at least.

The Chinese-American architect, who has a three-year-old son with the property developer, has relocated her London office from Clerkenwell to the same Kensington building where Mr Mapelli Mozzi bases his company. 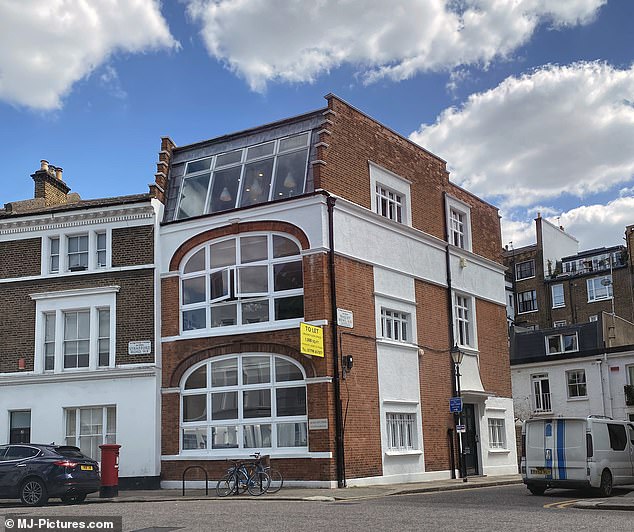 Dara Huang, the ex-fiancée of Edoardo Mapelli Mozzi, has relocated her London office from Clerkenwell to the same Kensington building (pictured) where the property developer bases his company 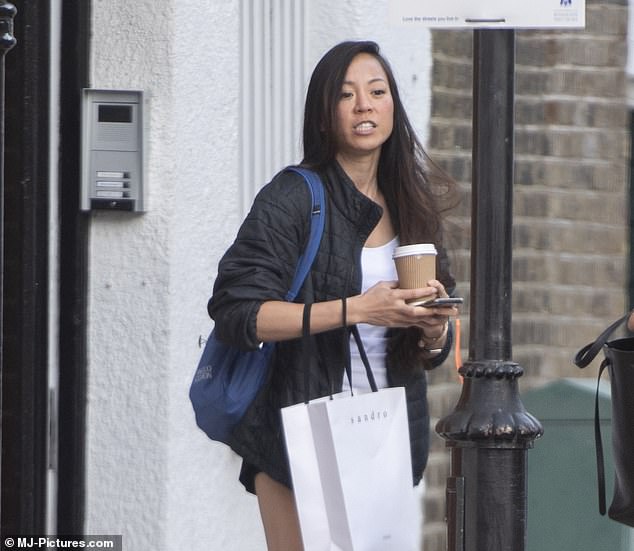 Chinese-American architect Dara Hung (above), who has a three-year-old-son with Mr Mapelli Mozzi, was pictured leaving the commercial building this week

Miss Huang, who was in a relationship with Mr Mapelli Mozzi for three years, was pictured leaving the commercial property this week dressed casually in shorts and a jacket.

Mr Mapelli Mozzi, photographed previously, was seen smiling outside the same building in a pair of jeans, a black coat, and trainers.

The name of Miss Huang’s company, Design Haus Liberty, is now listed on the intercom by the front floor of the building, underneath Mr Mapelli Mozzi’s business, Banda Property.

Friends claimed Beatrice, 31, was disconcerted when, after moving back to London from New York, she found that her then-fiance was still regularly seeing Miss Huang, 38, and learned that Miss Huang was even helping him buy clothes and pick outfits to wear. 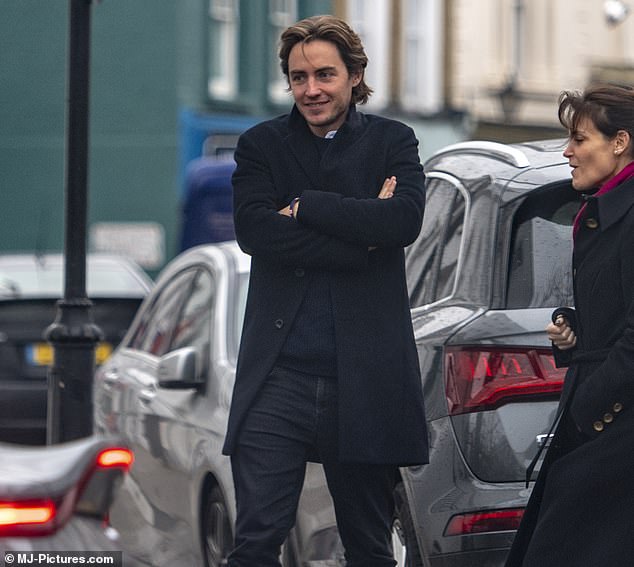 Miss Huang’s company, Design Haus Liberty, is now listed on the intercom of the building, under Mr Mapelli Mozzi’s business. Pictured, the property developer was previously seen smiling outside the Kensington building

‘Edo was already a tenant there and when the space below him became available, he recommended it to Dara,’ the friend said.

‘He felt like it made a lot of sense: They get on very well and intend to stay close as they are raising a child together.’

But as Miss Huang continues to enjoy a friendship with Mr Mapelli Mozzi, Beatrice might have even more reason to be concerned.

‘Having initially been very cool about their friendship, Bea would rather there was a little more distance between Dara and Edo after all,’ a source close to the royal said earlier this year.

‘Edo may disagree, but Dara personally believes they would still be together were it not for Bea. But Bea has nothing to worry about – Dara styles Edo because she’s a tiger mum. She has no secret wish to get back together. Plus, she actually quite likes Beatrice.’

Mr Mapelli Mozzi started dating Beatrice in late 2018, six weeks after his split from Miss Huang, who was still living with him at his home in London while he began courting the royal. 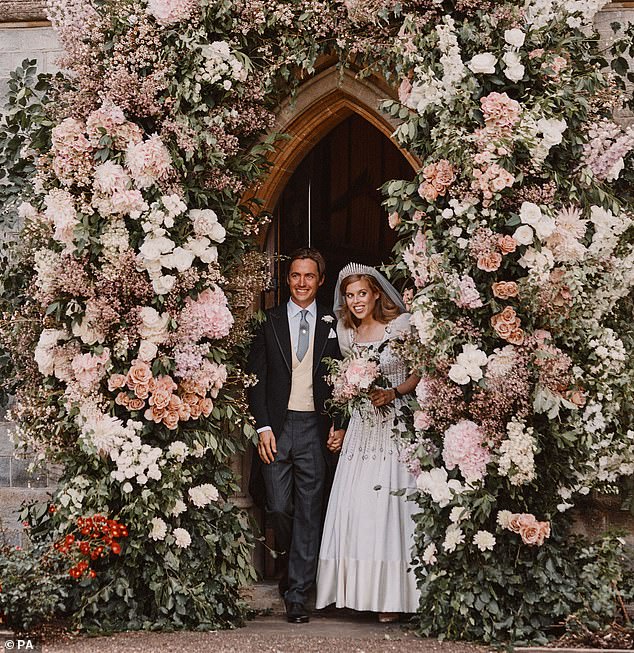 When he proposed to Beatrice the following year, Miss Huang wrote on social media: ‘I wish the best for Edo and Beatrice and look forward to uniting our families.’

Her positive attitude might seem surprising to some given the nature of their split, which was so sudden that she didn’t tell her mother, Lily, who found out only after seeing pictures of Mr Mapelli Mozzi and Beatrice in the press.

At the time, Lily said the break-up was so unexpected that Miss Huang had been reduced to sleeping on a friend’s sofa.

Despite the abrupt ending, Miss Huang and Mr Mapelli Mozzi have remained on amicable terms and share custody of their son.

Proving she was in good spirits when Mr Mapelli Mozzi married Beatrice last week, Miss Huang was spotted laughing with friends in a Knightsbridge cafe just hours after the service at Windsor, which, in accordance with social distancing measures, was limited to just 30 guests, the Queen and Prince Philip among them.