EPHRAIM HARDCASTLE: Will Liz Truss, who once campaigned to abolish the Royal Family, spend the traditional weekend at Balmoral if she becomes Prime Minister?

One of the first decisions that the seemingly shoo-in prime minister Liz Truss will have to make is whether to spend the traditional weekend at Balmoral, with courtiers pencilling in the second weekend of September. The occasion can be a trial for both sovereign and PM, although having a new face at the dinner table stimulates the monarch, who is still at her best when meeting new people. But conversation could be a bit strained. In 1994 Liz campaigned for the abolition of the Royal Family. After the ritual bagpipes, Liz can assure HM that, like her Lib Dem loyalty and support for Remain, her Republican views have been ditched and replaced with fervent loyalty to the throne. 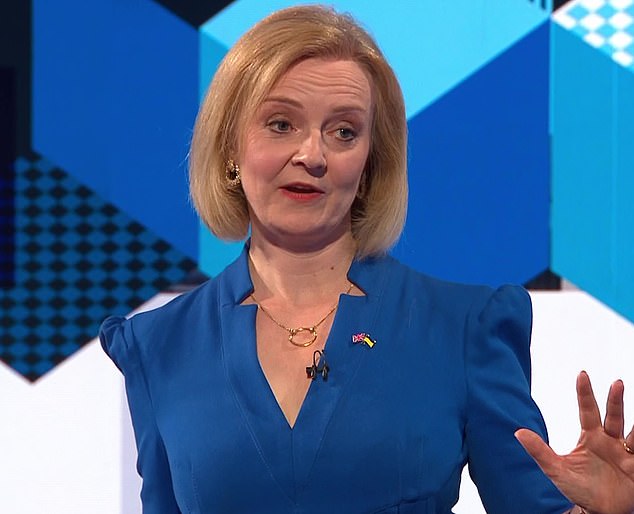 If she becomes PM, will Liz Truss spend the traditional weekend at Balmoral – after it emerged she campaigned against the monarchy in 1994?

Exciting for Princess Charlotte to be flown by dad William to the Commonwealth Games in the £5.4million Bell 429 GlobalRanger helicopter he occasionally borrows to keep up his pilot hours. Last year a friend said: ‘William wants to keep his licence. By doing so he would be ready and prepared to be called up again if needed.’ Kate arrived by car and met him and Charlotte after they landed. All fine and dandy – but please, no more lectures on global warming. 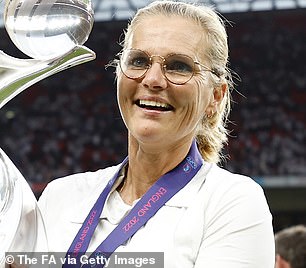 Headaches at the honours unit over gongs for the Lionesses. MBEs have been mooted for the squad, an OBE for captain Leah Williamson and possibly an honorary CBE for coach Sarina Wiegman But with the World Cup looming, the unit is apprehensive that an England win would inevitably lead to a clamour for more medals. This time round officials would prefer to hand out a gong or two to selected players and wait to see what happens next year. But the reflected glory of honouring the history-making female footballers may be too much for the departing PM. What are the odds on Boris forcing through a special list, possibly issued alongside his Dissolution Honours in September?

Enjoying Gary Lineker’s discomfort after he deleted his lame bra-related joke about triumphant Lioness Chloe Kelly from Twitter, Piers Morgan tweets: ‘Oh dear… have you been making a t*t of yourself again?’ After touchy Lineker responds, ‘Not at all’, Morgan adds: ‘Admire your bra-vado. Don’t worry mate, just a storm in a D-Cup.’ Boys!

Bunter Worcester, alias the Duke of Beaufort, claims that every Conservative voter he meets does not want Liz Truss as leader, adding: ‘Most of them have not bothered to join the party and get a vote. For God’s sake, do this now so at least next time the leader will not just be nominated by swivel-eyed loons.’ That’s no way to describe Tom Tugendhat, surely!

Apropos yesterday’s item about Edinburgh-bound Mark Bor­kowski’s sacked human cannonball from Gerry Cottle’s Circus. Perhaps he was the wrong calibre for the job?