Brexit talks erupted into a furious war of words today as the EU’s trade chief claimed the UK does not have a plan to make discussions a success and is preparing to blame coronavirus for any economic damage if no deal is agreed.

The EU’s Trade Commissioner Phil Hogan said there had only been ‘very slow progress’ in the talks to date.

He claimed there was ‘no real sign’ Downing Street is taking negotiations seriously with the current outbreak being lined up to be ‘blamed for all the fallout from Brexit’.

The bombshell claims prompted a swift rebuttal from Number 10, with the Prime Minister’s Official Spokesman insisting the UK is working ‘constructively’ with Brussels.

But the spokesman said just because the UK is willing to talk that ‘doesn’t make us any more likely to agree to EU proposals in certain areas’.

The UK and EU are currently in a ‘standstill’ transition period lasting until the end of the year during which a trade deal is expected to be hammered out.

Downing Street has repeatedly said the transition period will not be extended despite coronavirus disruption. 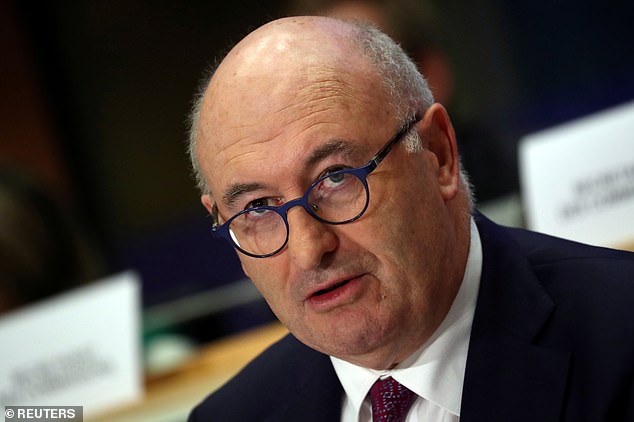 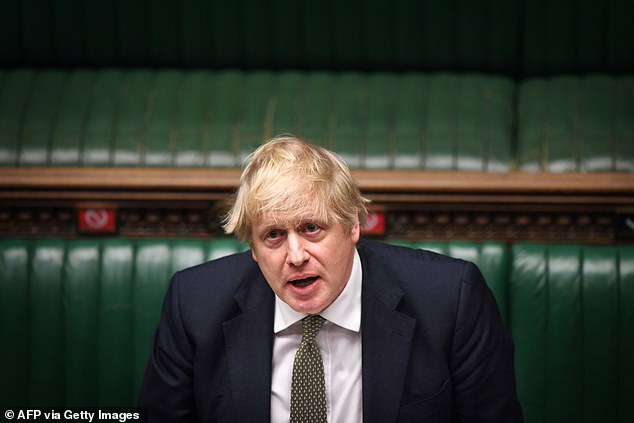 Boris Johnson, pictured in the House of Commons, has repeatedly said he will not seek an extension to the Brexit transition period

The terms of the UK’s departure from the EU state that the talks deadline can be pushed back by up to two years but a decision on doing so must be agreed by both sides and made before the end of June.

Critics believe if the UK does not ask for an extension and then the two sides fail to agree a comprehensive deal by December, there is a risk of a double hit to the economy: One because of Brexit and one because of Covid-19.

Talks have become increasingly strained in recent weeks due to the EU’s hardline stance on issues like fishing.

Mr Hogan’s comments today risked further souring relations as he told RTÉ’s Today with Sean O’Rourke: ‘Despite the urgency and enormity of the negotiating challenge, I am afraid we are only making very slow progress in the Brexit negotiations.

‘There is no real sign that our British friends are approaching the negotiations with a plan to succeed. I hope I am wrong, but I don’t think so.

‘I think that the United Kingdom politicians and government have certainly decided that Covid is going to be blamed for all the fallout from Brexit and my perception of it is they don’t want to drag the negotiations out into 2021 because they can effectively blame Covid for everything.’

Number 10 hit back and rejected the suggestion that the UK is not taking talks seriously.

The Prime Minister’s Official Spokesman said: ‘I don’t accept that at all. We look forward to negotiating constructively in the next round of talks starting on May 11.

‘We are ready to keep talking with the EU but that doesn’t make us any more likely to agree to EU proposals in certain areas.’

UK sources have previously warned negotiations between Britain and the bloc could collapse within weeks unless the EU ‘gets real’.

Britain is urging Brussels to adopt a more realistic approach to the negotiations and include more one-on-one ‘political’ talks between Michel Barnier and the UK’s lead negotiator David Frost.

The UK side believe the EU is deluded if it thinks Britain is prepared to sign up to strict ‘level playing field’ red-tape rules, and continue to allow EU boats unfettered access to our fishing waters.

A Government source said: ‘The EU team are not used to the approach of the UK negotiating team, who will not put anything on the table just to keep talks going.

‘We’re ready to talk but there’s no point wasting time on proposals that don’t match up to the political realities.’