Brussels: The European Union's executive aims to introduce laws to combat gender pay gap across the bloc for the first time ever in a bid to fight inequality and boost the economy, according to a document seen by Reuters ahead of official publication.

The European Commission will present on Thursday, Belgium time, a list of steps to promote gender equality in the 27-nation bloc. The strategy document said women in the EU earn on average 16 per cent less than men, perpetuating a pension disparity of 30 per cent between the sexes. 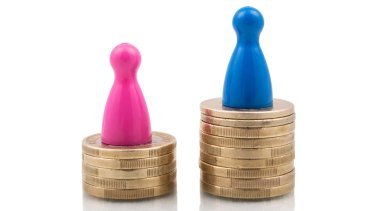 "Accumulated lifetime gender employment and pay gaps result in an even wider pension gap and consequently older women are more at risk of poverty than men," it read.

To alleviate that, the Commission will roll out "binding measures on pay transparency" this year, it said, adding that improving gender equality in the labour market would boost EU's GDP per capita by up to a tenth.

Conversely, women outweigh men significantly in education, health and social services. The Commission's data also shows a third of members of national parliaments in the EU are women, fewer than 8 per cent of board chairs and CEOs of Europe's top firms are.

While a third of board seats in the FTSE 100 index in Britain are held by women, only four companies in the cohort have female CEOs, consultancy Kearney said in a report on Wednesday.

Britain has now left the EU. Introducing laws to combat labour market discrimination may be an uphill battle among the remaining 27 member states, since EU countries have refused since 2012 to adopt laws to bring in more women to corporate boards.

Six EU countries have not ratified the 2014 Istanbul Convention on preventing and combating violence against women. They are Hungary, Bulgaria, Slovakia, the Czech Republic, Latvia and Lithuania, home of the EU's agency for gender equality.