The two men who became the first same-sex couple to get IVF treatment on Scottish NHS have spoken of their joy ahead of welcoming a baby boy via surrogate this August.

Ross and Chris Muller say they and their families can’t wait to meet their new baby according to the Scottish Daily Record.

The couple initially looked into adoption and then private IVF but were put off by the price of the procedure.

They consulted medics at Edinburgh Royal Infirmary, who they say wouldn’t look into their case until the intervention of their MSP, Ash Denham. 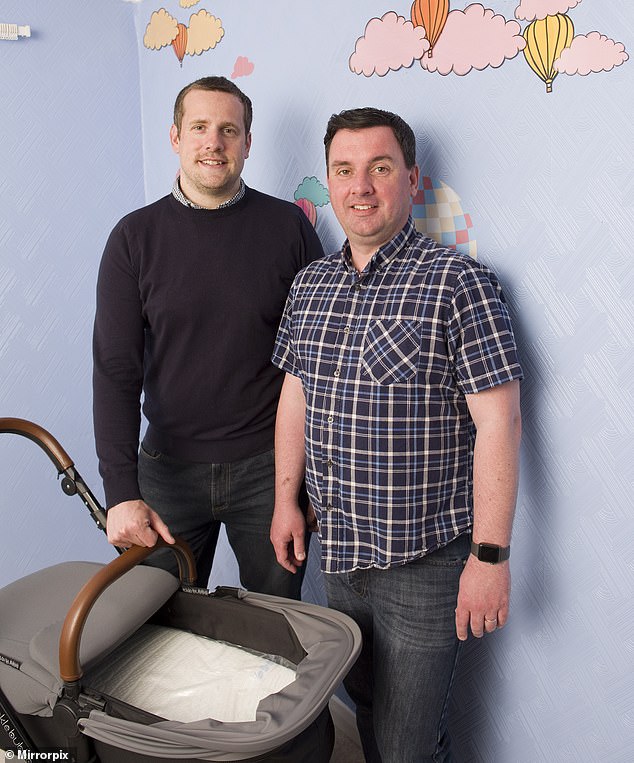 Ross, 33, a primary teacher, said: ‘We knew we were doing the right thing and we just know the joy children can bring and we wanted to have some of that and to be part of it.’

‘I think a lot of same-sex couples, male and female, don’t know that this exists, like we didn’t until we found out about it.

Ross said: ‘First, we looked at adoption and liked the idea of adopting from a local authority but that just encouraged us to look at surrogacy because we knew we could have our own.

‘After we contacted the NHS, they initially said they wouldn’t look at us because we were a male same-sex couple.

‘We had to keep pushing on that door and it was new to the hospital so they hadn’t done this before.

‘That’s when they told us that we would be the first in Scotland to go through this.

‘Before we knew we could get this on the NHS we looked privately and the surrogacy journey is about £45,000 if we did it all privately.’

Ross added:  ‘Adoption, as amazing as it is, shouldn’t always be the way that same-sex couples go and the NHS does have an open door because we’ve gone through it.’ 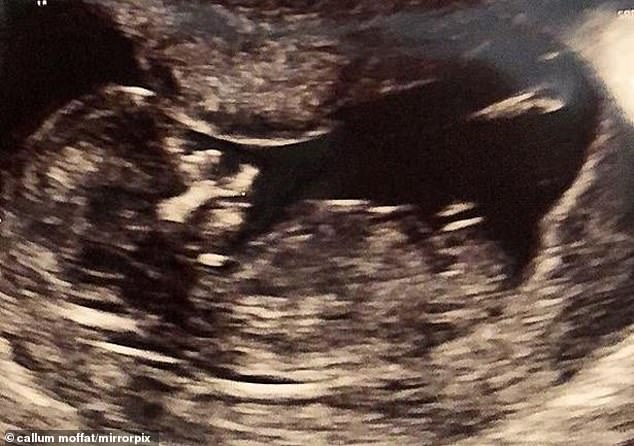 The baby’s sonogram scan. He or she will be the first baby born to a gay couple by IVF on the Scottish NHS

‘The NHS has done everything from start to finish pretty much. We were prepared (to go private) but then we thought, ‘Actually we pay in like everyone else, why wouldn’t we get something out?’.’

‘That is start-to-finish, semen analysis, retrieving the eggs etc but we have not paid a penny.

A surrogate mother, from Cambridge, was sourced from a private company and the couple used eggs donated by a family friend.

A total of eight embryos were created from the eggs and Ross’s sperm before one was transferred into the surrogate last November. 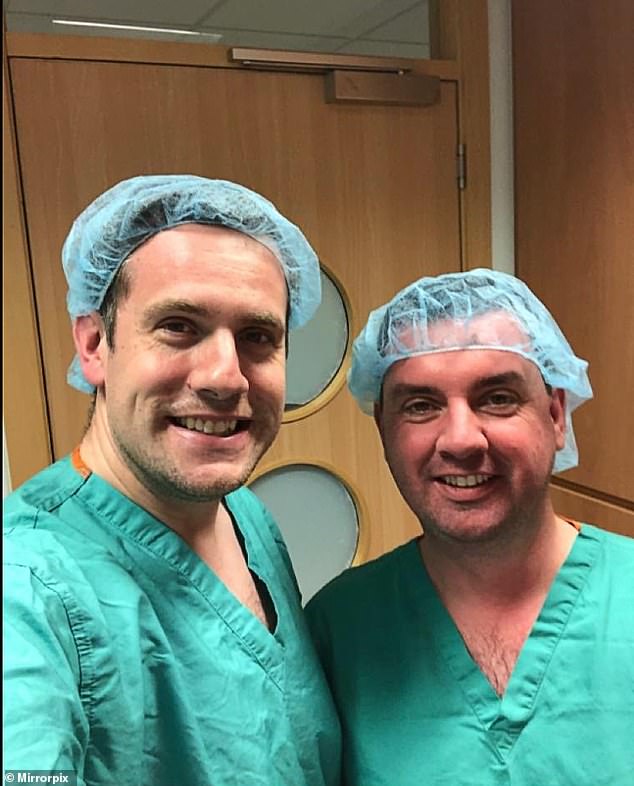 Chris, 38, said: ‘We just can’t wait for it to happen after so long of waiting and fighting for it.

‘The nursery is now finished, we’ve just moved house and had a blank canvas, so got to work on that.

Chris added: ‘Both our families have been over the moon – it is my mum and dad’s first grandchild so they can’t wait.’

Ross said: ‘Our parents have been really good because they’ve bought us a lot of gifts. I think everyone is getting more and more excited, we just can’t wait now.

‘It’ll be my parents’ third grandchild but the first boy so they are really delighted. I know our lives will change but it will be for the better.’ 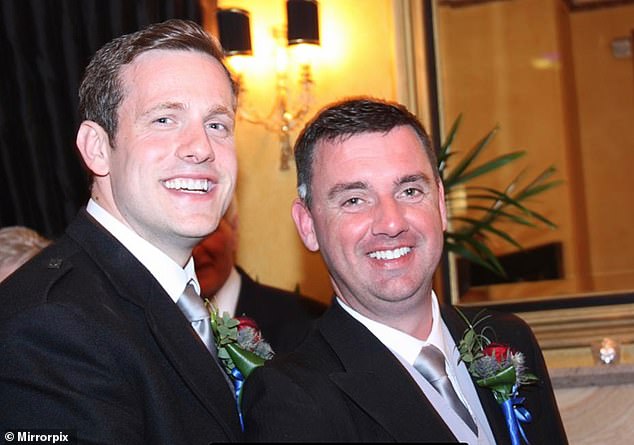 Chris, an auditor, added: ‘Once the embryo had been transferred into our surrogate she took a pregnancy test 10 days after and it was positive.

‘We Facetimed and she sent a picture of the test – we were over moon.

‘We were there for the embryo transfer and six weeks later we saw the first heartbeat, which was just incredible and a bit surreal to think it was actually happening.’

He said: ‘A lot has changed since what we went through – the forms don’t say mother and father, they say parent A and B – it’s little things like that. I think it will be a lot easier for people to go down this path if they want to.’

Ross and Chris have been together for over ten years. They met in 2009 and married in 2017.

Chris added that he hoped more same-sex couples would know the process is open.

Ash Denham MSP said: ‘This is wonderful news to hear Ross and Chris will be welcoming a baby boy this summer.

‘Supporting my constituents is what I’m here to do and I offer my congratulations to them both.’