THIS is the first picture of the Rabbi dad-of-six who was stabbed in a horror high street attack yesterday.

Horrified witnesses pinned the suspect to the floor after Rabbi Alter Yaakov Schlesinger, in his 50s, was knifed in the head in broad daylight. 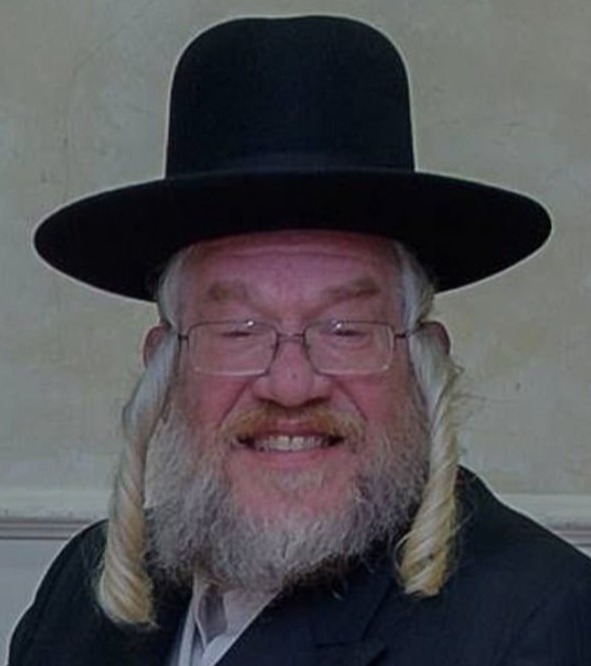 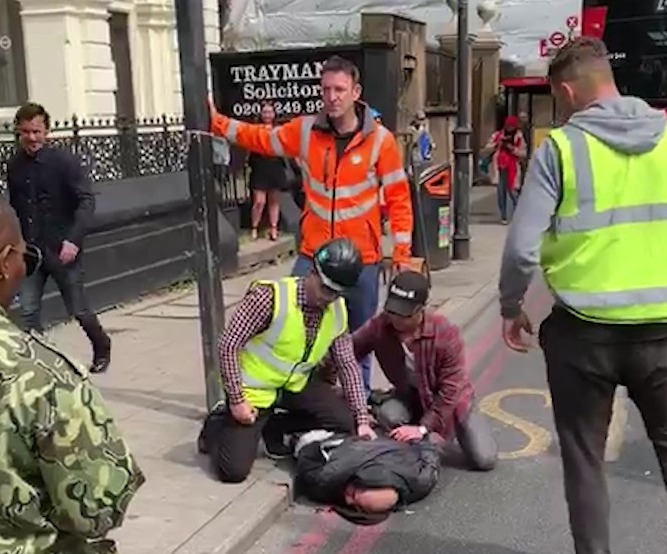 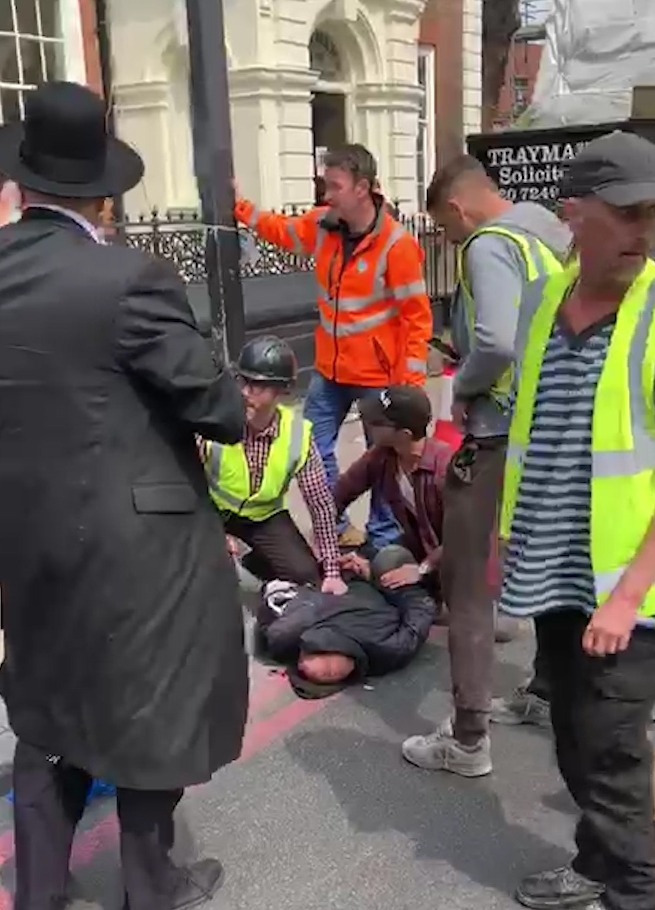 The Rabbi had reportedly been queuing outside a branch of Natwest bank when he was attacked.

He was taken to hospital after receiving emergency treatment at the scene.

Scotland Yard is investigating whether it was a hate crime.

The 62-year-old told the Sun Online: "The hospital left a voicemail message on Yakov’s family phone at 11am saying he is in a stable condition.

"They said the blade passed within a millimetre of his lung. He has wounds on his head, back and neck, but he will pull through.

"He is an icon in the community everyone knows him."

Yesterday morning, construction site manager Lazar Friedlander and his brother Matt ran towards the alleged attacker and restrained him after hearing a "serious scream".

He said: "We ran outside, I saw a Jewish man covered in blood. I'm Jewish myself, and I can see another Jewish man shouting 'hold him, catch him, he's got a knife! Stabbing!'

"There were a couple of other people trying to grab him.

"Me and my brother managed to force him down and put his hands behind his back until the police came." 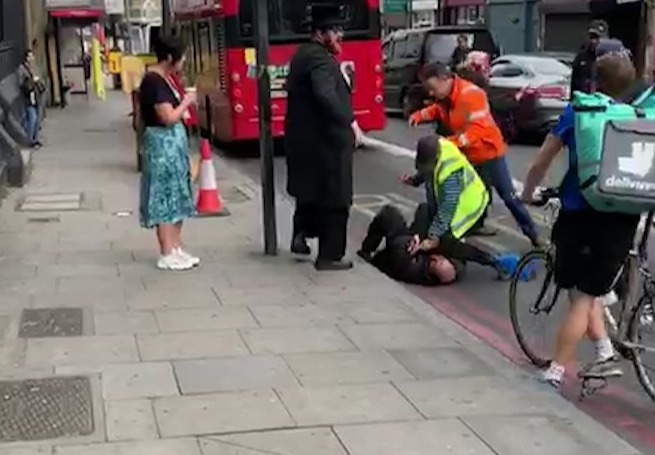 The North Londoner added: "I wouldn't call myself a hero. You act in the heat of the moment."

Mr Friedlander said he tried to speak to the assailant after pinning him down but "he just blanked me and wouldn't say anything".

Another witness Peter Rolkiewicz told the Sun Online he believed the knife used in the attack was about seven inches long.

The suspect, aged in his 40s, was also taken to hospital with a head injury.

He has been arrested on suspicion of attempted murder. 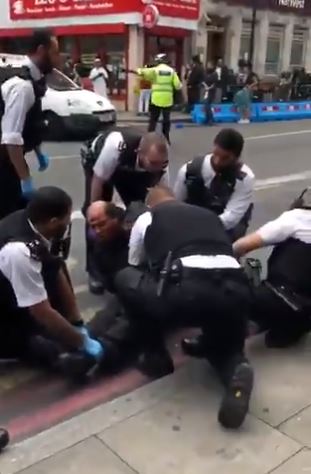 Local business owner Atique Choudhury told the Sun Online a witness had rushed into his restaurant moments after the stabbing.

He said: "My friend told me that a person with a long knife ran up the road and stabbed him a few times.

"He was armed with a knife and hit him across the head and shoulder."

Mr Choudhury added: "I saw a gentleman on a chair in a cafe being comforted."

He said the victim was wearing traditional Hasidic clothes.

Aasmah Mir, breakfast presenter on Times Radio, tweeted: "Caught up in aftermath of a stabbing on Stoke Newington High Street in London this morning.

"Heard a woman driver behind me telling a bus driver that the alleged attacker had got off his bus.

"Builders jumped on him. Absolutely terrifying."

She added: "Those builders and the delivery driver who jumped on the alleged attacker are just the best.

"I feel quite emotional about it because people don’t care about their own safety, they just work together to keep everyone else safe." 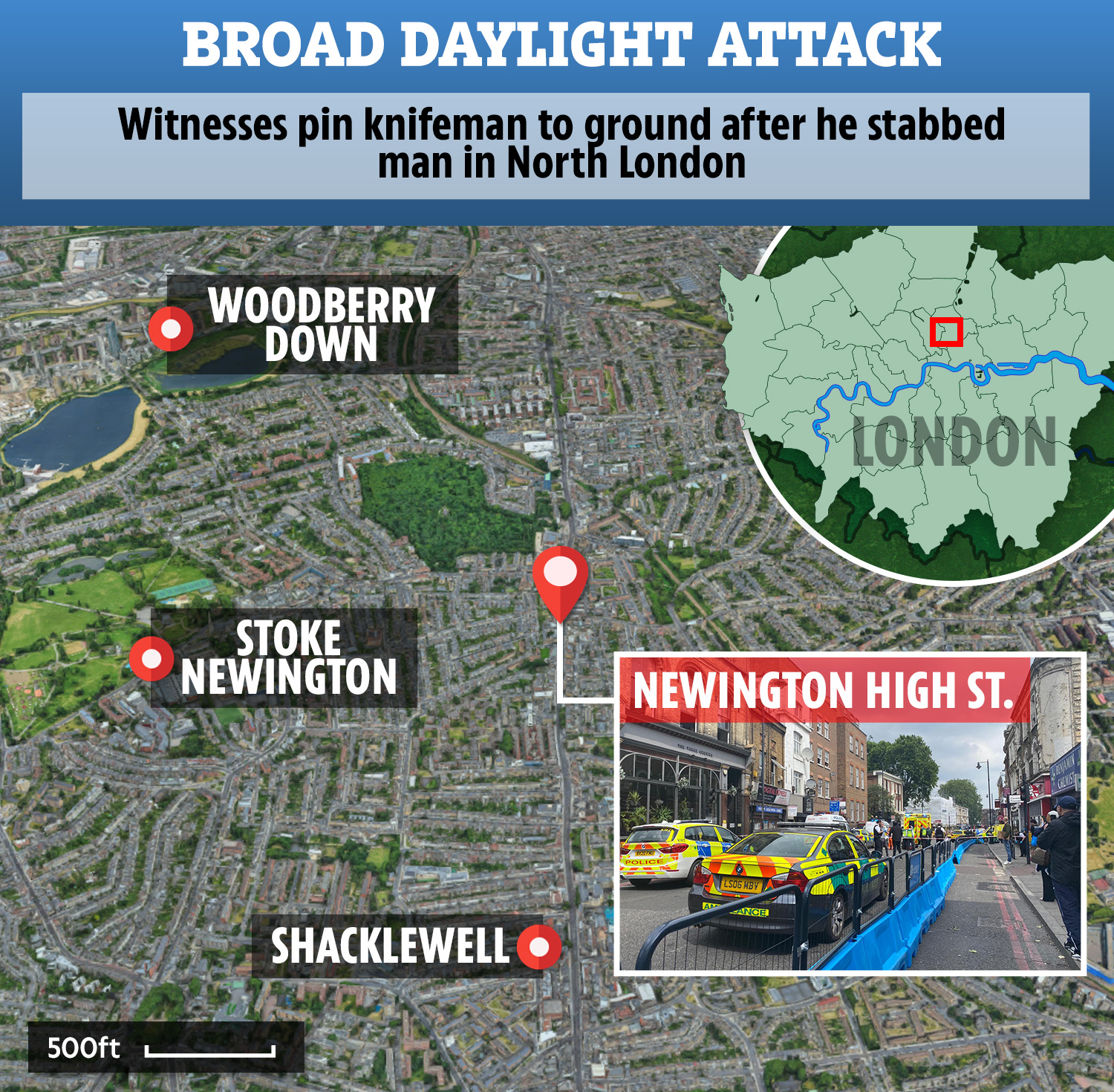 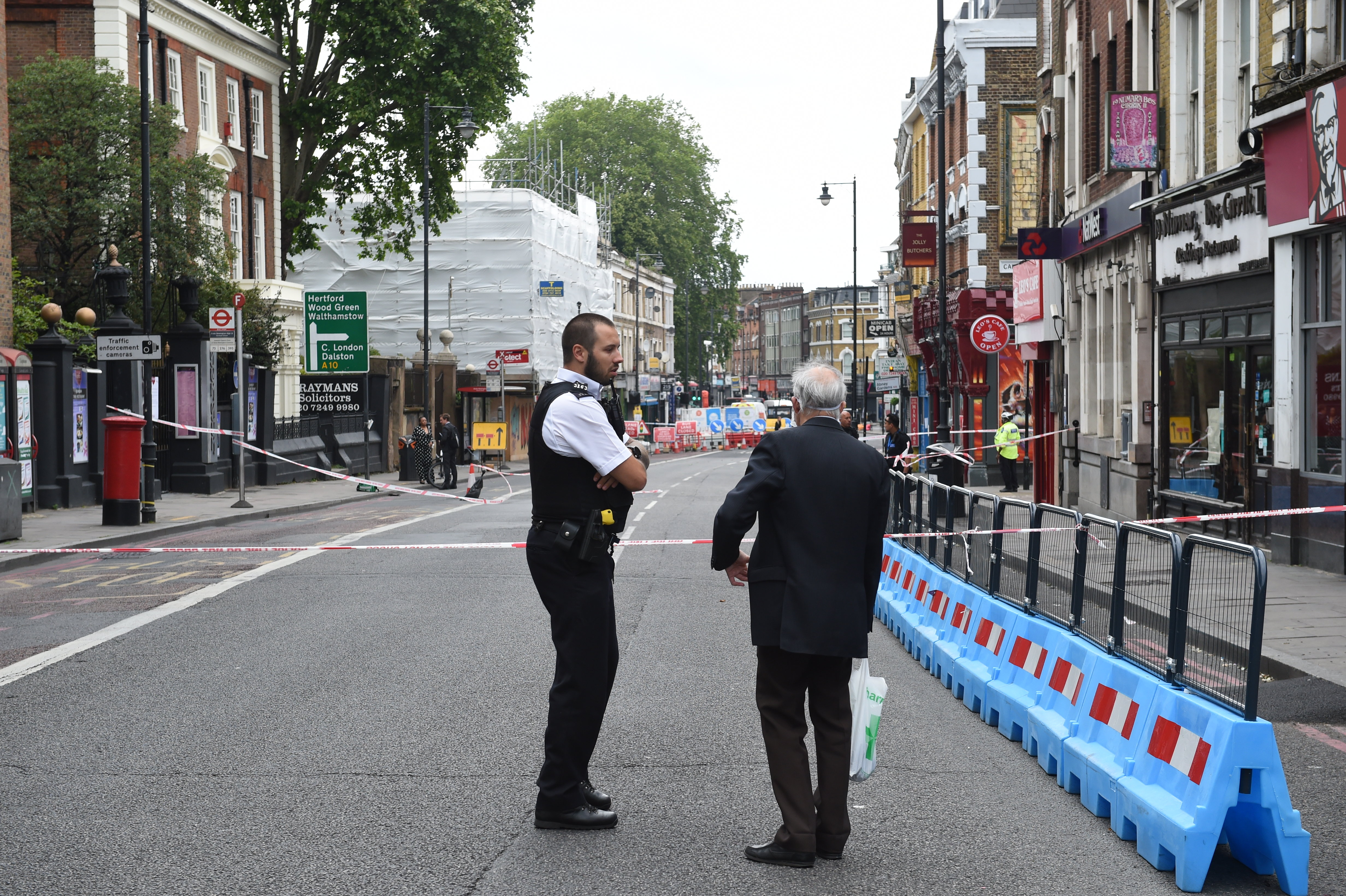