A lone wolf has been photographed in Normandy, in northern France’s first wild sighting of the animals for a century.

Snapped by an automatic surveillance camera, the European grey wolf appeared to be alone as it strolled through the village of Londinières, in Seine-Maritime near the Channel coast.

Experts at the French Biodiversity Office, who monitor the population of the species, confirmed the sighting as ‘probably a grey wolf’, reports The Telegraph.

Wolves have been present in Europe since ancient times, however the European Grey wolf was driven to extinction in France in the 1930s after over hunting – mainly by farmers protecting their livestock. 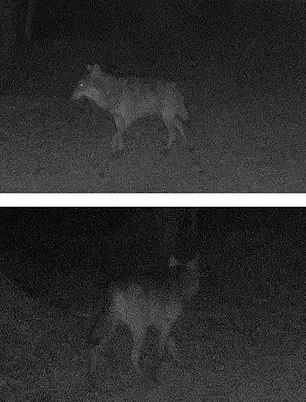 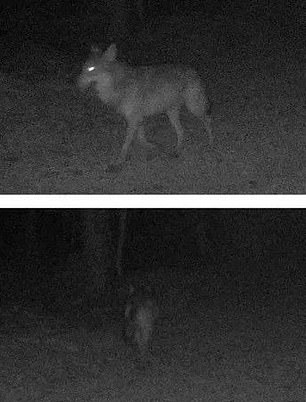 Snapped by an automatic surveillance camera, the European grey wolf appeared to be alone as it strolled through the village of Londinières, in Seine-Maritime near the Channel coast

In the last 30 years the species has been reestablishing itself in southern France, after crossing from Italy – until now none were thought to have reached the north.

The wolf is believed to have been travelling alone in the search for a mate, a common Spring time activity for young wolves.

Seine-Maritime prefecture, where the wolf was spotted, said: ”They can cover distances of several hundred kilometres in a few months before settling. 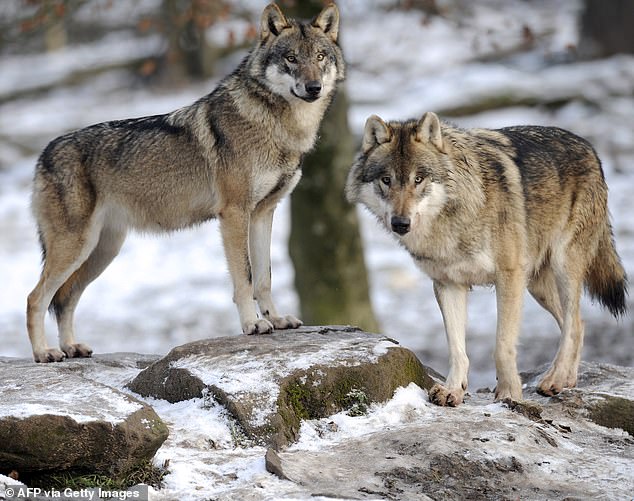 European grey wolves are pictured in the animal park of Sainte-Croix, Rhodes, eastern France. The number of wolves in the country have risen by 40 per cent in the last two years

An estimated 530 wolves live in France today, with most residing in the Alps or towards the south east of the country, near the border to Italy.

However the EU’s Bern Convention, signed by France, considers the wolves a protected species, meaning the population has grown by roughly 40 per cent in two years. 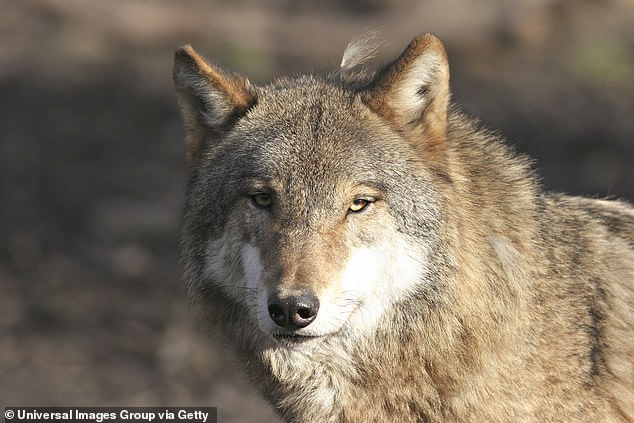 Other European nations seeing a rise in their wolf populations include Italy, Denmark, Latvia and Estonia

Around seventeen per cent of the wolf population is permitted to be culled every year, this could rise to 12 per cent if farmers begin to experience significant attacks on their livestock by the animals – over twelve thousand sheep were killed by wolves in 2017.

Other European nations seeing a rise in their wolf populations include Italy, Denmark, Latvia and Estonia, reports The Telegraph.

Many of those have urged Brussels to relax their rules on culling the animals to save farmers from losing income to wolf attacks.