A union leader who stood down unexpectedly this week is being investigated after allegations were made about his conduct, it emerged last night.

The GMB said it was looking into claims against Tim Roache, who resigned as its general secretary on Tuesday night.

It said it received an anonymous letter last week in which ‘a number of allegations have been made about Tim’s conduct’ while he was leader.

The union initially said that Mr Roache had stepped down for health reasons, but added the information about the letter in a later update. 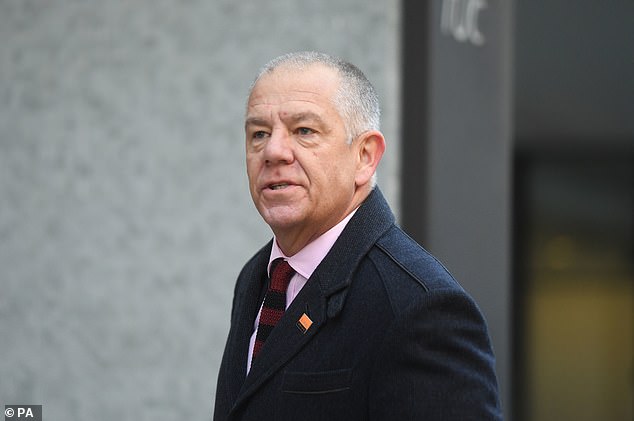 The GMB trade union said it was looking into misconduct claims against Tim Roache (pictured at the union’s London office in January), who resigned unexpectedly as its general secretary on Tuesday night

It said he was diagnosed with myalgic encephalomyelitis (ME) some years ago, which previously resulted in him taking two years’ sickness absence from work.

The GMB said in a statement: ‘Having been signed off by medical professionals earlier this week, Tim was advised to refrain completely from work – and has now taken the difficult decision to stand down from the role permanently, indicating that he does not feel mentally or physically able to continue to lead our union.’

It added: ‘GMB received an anonymous letter, last Wednesday, in which a number of allegations have been made about Tim’s conduct whilst he held the office of general secretary.

‘An investigation has been launched and it is not appropriate to comment further pending the outcome of that investigation. 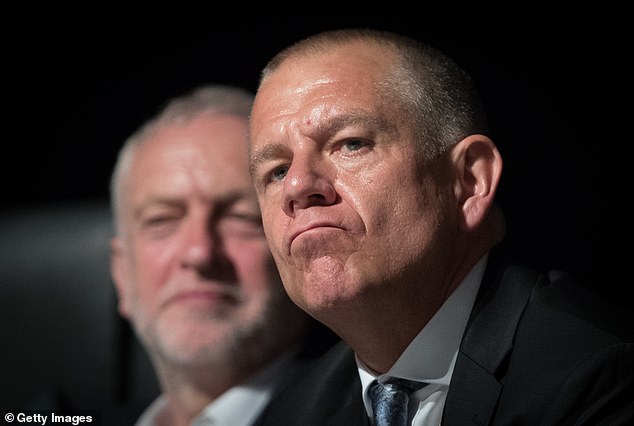 It said it received an anonymous letter last week which included ‘a number of allegations’, which is said to involve people working for the union

‘Complaints which are brought to our attention will be dealt with appropriately in line with our policies and procedures and with appropriate regard to fairness and sensitivity.’

Those involved in the letter are said to have worked for the union, although it is believed no official complaint has been made against Mr Roache, a source said.

John Phillips, GMB regional secretary for Wales and South West, will now become the union’s acting General Secretary until a replacement for Mr Roache is elected.

The union is considering a process and timetable for that election, which will be held as soon as practically possible.

Earlier, Labour leader Sir Keir Starmer failed to back Mr Roache when asked to comment on his resignation. His spokesman would only say that the pair had worked together in the past.

Mr Roache stood down just months after he was re-elected as the union’s leader in November.

Under his leadership the GMB backed Lisa Nandy in the race to become Labour leader in January this year. He described her as ‘a breath of fresh air’.

Following the election of Sir Keir to replace Jeremy Corbyn, Mr Roache called for the party to start a ‘new chapter’, adding: ‘We need to leave behind the infighting and navel-gazing and get on with being a government in waiting.’