The West Australian government has moved to criminalise LGBTQ conversion therapy, but the ban will not apply to some health professionals regulated by a professional body.

The government made the announcement the same day a parliamentary report into the Esther Foundation was tabled, detailing shocking allegations about psychological abuse, coercive and extreme religious practices, LGBTQ suppression and conversion practices that took place at the drug rehabilitation facility over 15 years. 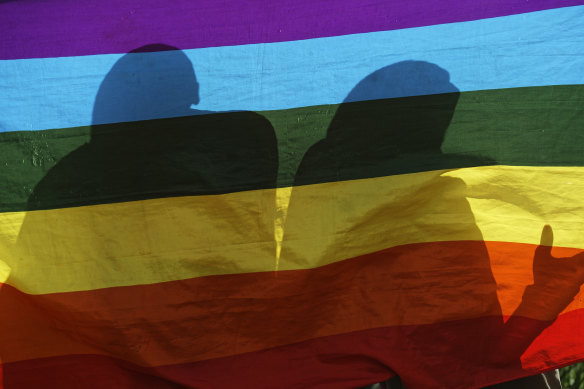 The WA government has announced it will ban gay conversion therapy.Credit:AP

The proposed laws are yet to be drafted but the thrust of the government’s proposal was to criminalise practices that sought to change or suppress an individual’s sexual orientation or gender identity.

However, the ban will not apply to “accredited health professionals” who provide “lawful and ethical” care and are regulated by a professional body. WAtoday has sought further clarity on what these caveats mean.

WA Premier Mark McGowan said the government opposed attempts to forcibly change a person’s sexual orientation or gender identity, but wanted to allow accredited health professionals to be able to provide support to people who sought it.

“Not only are conversion and suppression practices ineffective, but they undermine the fundamental value of personal dignity and have long-term negative impacts on the health and mental health of LGBTIQA+ people in our community,” he said.

“Whilst the government is supportive of a ban on these harmful practices, we believe that accredited health professionals with relevant expertise, who provide healthcare in accordance with the law and their ethical obligations should be able to provide care for people, particularly young people.”

Attorney-General John Quigley said while the reforms would prohibit conversion and suppression practices, the ban would not interfere with health professionals’ ability to provide suitable therapy and counselling to LGBTQ patients without fear of being prosecuted.

“It is appropriate that people are professionally supported when they explore their own concepts of self, others, and sexuality, and that they receive expert assessment, treatment and care when seeking to affirm gender through medical treatments such as hormone-blocking therapies or surgical procedures,” he said.

McGowan promised at last year’s election that he would ban conversion therapy by implementing a national code of conduct for unregulated healthcare workers.

The parliamentary committee that investigated the Esther Foundation instead recommended the attorney-general introduce legislation to prohibit conversion practices, and establish a response scheme and support for survivors.

Quigley said the government would consult the LGBTQ community and the medical profession as it drafted the new laws.

More than 400 people attended the first event, which the church said caused much “misunderstanding” as about 50 Pride protesters demonstrated outside, decrying the event as homophobic.