Hero bystander chased woman, 30, and helped police arrest her ‘after she stabbed seven-year-old girl to death in a park’

Police have praised a bystander for his bravery in chasing down a woman who had allegedly stabbed a seven-year-old girl to death in a park.

The child was attacked in front of her parents while she was out in Queen’s Park in Bolton ‘enjoying the spring sun’ with her family on Mother’s Day.

The seven-year-old sustained ‘horrendous injuries’ – believed to be to her neck – and died a short time later despite the ‘best efforts’ of her family and paramedics. 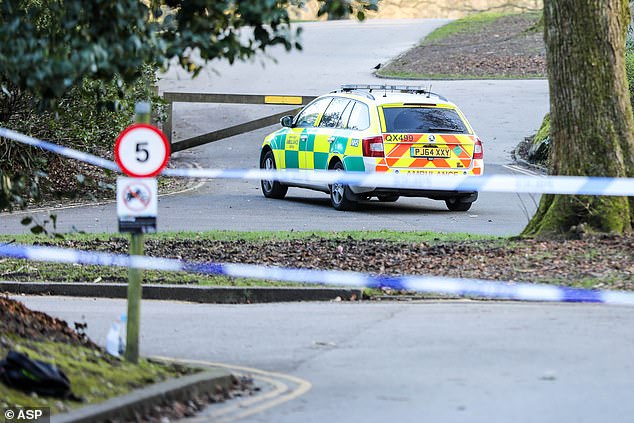 Pictured: Police parked at a cordoned-off entrance to Queen’s Park, Bolton where a seven-year-old girl died on Sunday after being stabbed

A 30-year-old woman was detained by a member of the public until officers from Greater Manchester police arrived and was later held under the Mental Health Act.

The woman was initially arrested on suspicion of murder, but police said at the time they were investigation a history of mental illness.

Police said the suspect is not known to the family of the seven-year-old.

The force insisted the criminal investigation is ongoing and it will work with the Crown Prosecution Service to consider the evidence and seek charges if it is appropriate.

The tragic youngster’s distraught family has been informed of the decision.

Assistant Chief Constable Russ Jackson said: ‘The woman arrested at the scene of the attack on the little girl in Bolton has now been detained under the Mental Health Act. 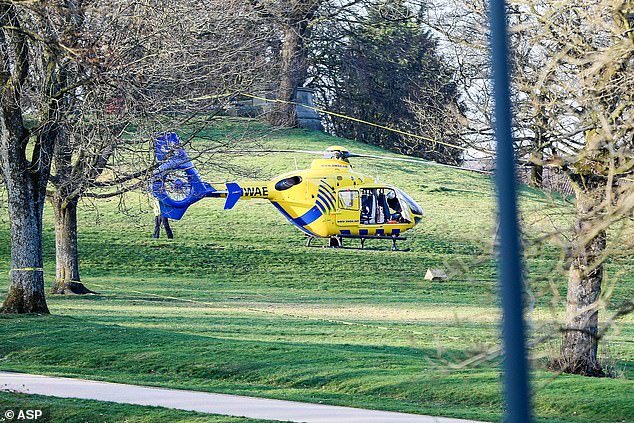 ‘We have informed the family of the woman’s detention.

‘They are understandably distraught over what happened yesterday and we will continue to support them with family liaison officers in the coming months.

‘It is hard to describe how terrible this incident was, the attack happened in front of the parents of this little girl who had taken her out yesterday afternoon to enjoy the spring sun and play in the park.

‘Having seen this horrendous attack, a member of the public bravely chased after the woman and detained her until police arrived and arrested her.

‘I would like to thank him for his actions which enabled us to quickly arrest her and prevent anything else from happening.

‘Several officers who attended the park were very young in service in the police, some with only weeks on independent police patrol.

‘They and all the officers who went to the scene are incredibly upset over what has happened and all of us have this little girl and her family in our thoughts.

‘I want to stress that this is not an end to the criminal investigation, we will consider the evidence and consult with the Crown Prosecution Service and if appropriate we will be seeking criminal charges.’

Witness Kelly Roscoe said on Facebook: ‘Me and Lee have just taken Ava for some fresh air in Queen’s Park and have just witnessed a little girl being given CPR with two adults stood covered in blood. 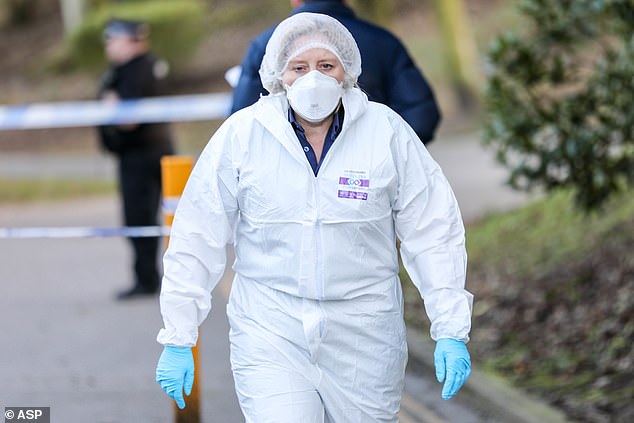 Kyra Coop said she watched two police officers ‘running as fast as they could’ across the park, before another child told her a girl had been stabbed.

‘We were sat on the benches near the railings, close to the big car park and the kids were playing when we saw two police officers running across the park as fast as they could,’ she said.

‘Then we saw the big [air] ambulance hovering over and landing. You know when you see that it is something serious.

‘Then a girl ran over and said a little girl had been stabbed. The police started coming round and asking everyone to leave, and that’s what we did. It left us really shaken up. We had to reassure the kids as they were really upset.’

Another witness, Paula Whylie, said she had watched an Air Ambulance land in the park from a nearby hospice room.

‘It’s all taped off now,’ she added. ‘If what I’m reading is right we are living in a sad, sad world.’

Others described ‘at least ten’ police cars descending on the park, with ‘both main entrances’ closed and the rest ‘cordoned off’.

The park had been busy with families enjoying the weekend sunshine despite Government advice to avoid public gatherings amid the coronavirus pandemic.