The ultimate house for Thomas the Tank Engine fans! The home where beloved childrens writer Rev Wilbert Awdry lived and wrote about his iconic trains has gone on sale for £895,000

Readers of the beloved Thomas the Tank Engine children’s tales have been offered the rare opportunity to take a glimpse into the place where it all began, after the idyllic former Norfolk home of Rev Wilbert Awdry hit the market.

The enchanting Old Vicarage at Emneth, Norfolk, has eight bedrooms, five reception rooms and 1.5 acres of private grounds and has been priced at £895,000.

A stunning rural getaway, the property presents itself as an author’s dream and is flanked by tree-lined greenery on all sides, along with a large separate garden area. 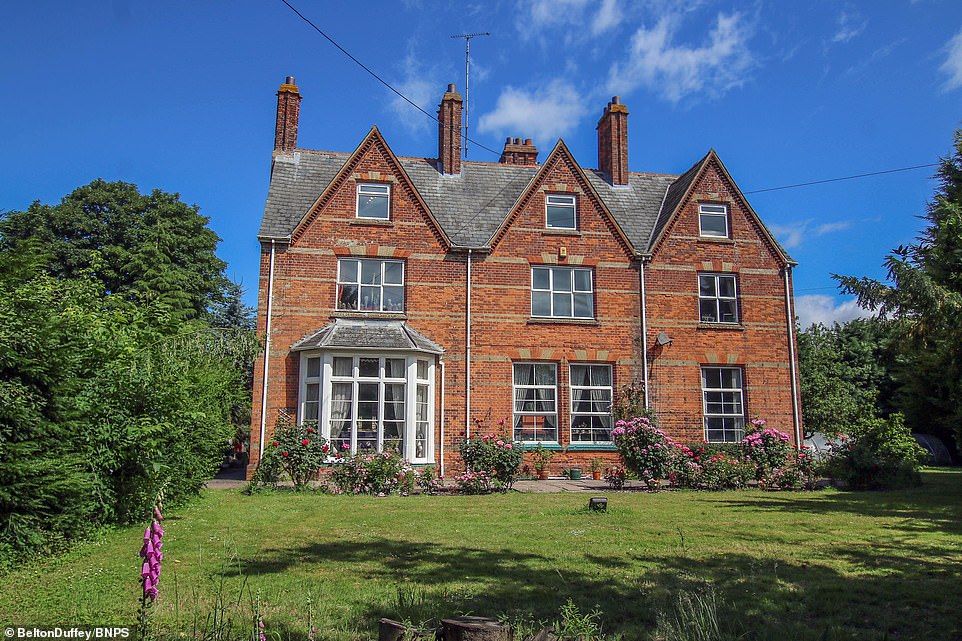 The quaint Norfolk home of beloved children’s writer Rev Wilbert Awdry has gone on the property market for £895,000 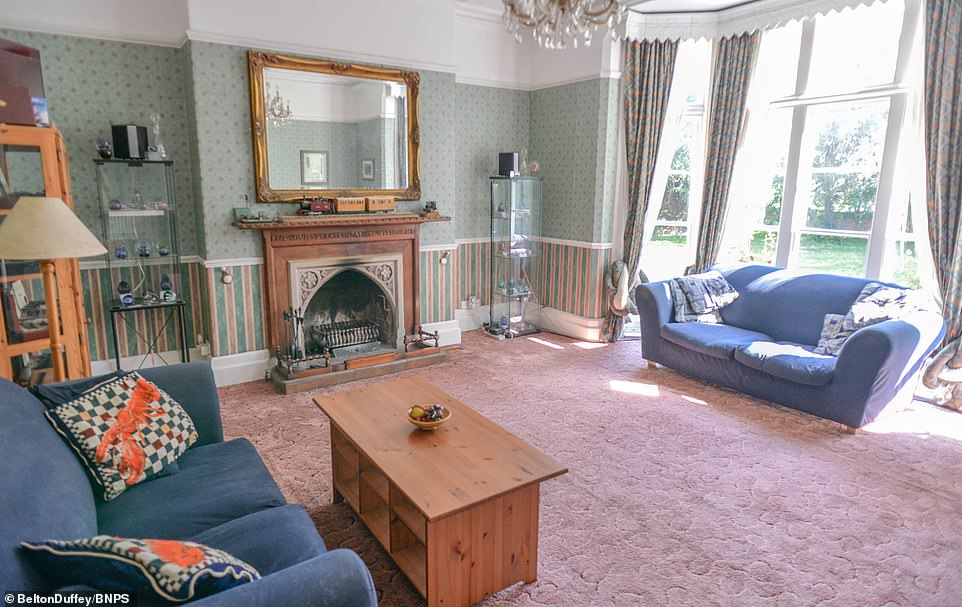 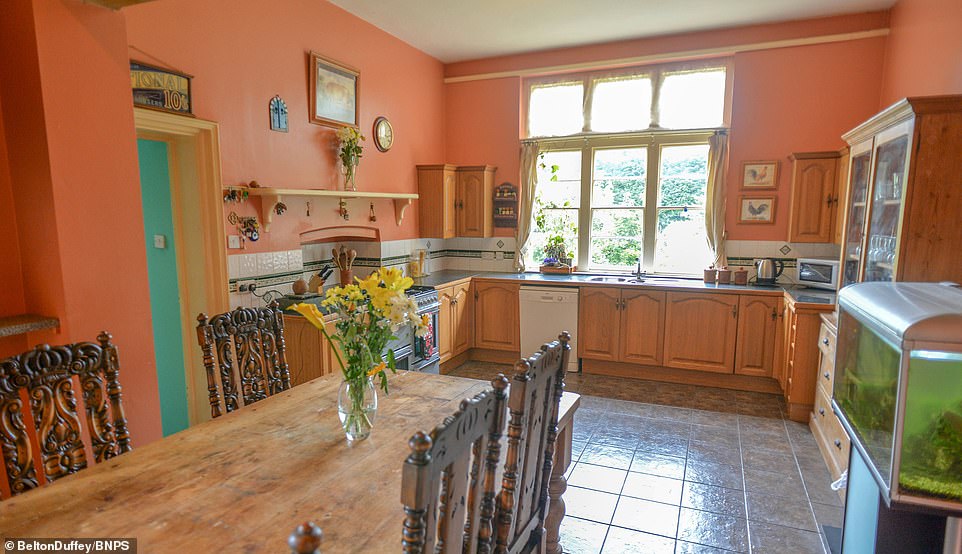 The kitchen leads on from the living quarters 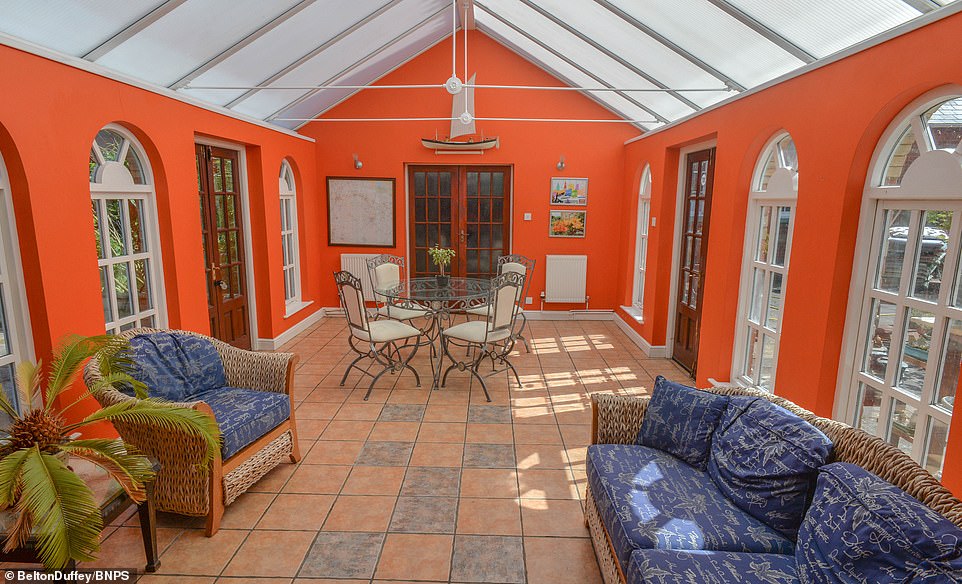 Orange decor appears to be a running theme throughout the property, with a brightly coloured conservatory out-house

But it will be the property’s study which will most interest fans of Thomas the Tank engine as this is where Rev Awdry wrote 13 books during his time as the local vicar.

Awdry put pen to paper in the secluded little study, which offers panoramic views out across the gardens in bloom. A total of 13 books were created, as the Reverend allowed his imagination to run wild and conjured up the tales to amuse his young son.

The room contains some train models and many books by Awdry, who preached at St Edmund’s Church in Emneth, a civil parish which boasts a strong local community.

The floor plan of the home reveals how the main building is linked to both a workshop and games room via a plush and spacious conservatory, while a cellar also lies beneath the Old Vicarage for additional storage.

Visitors to the quaint home are immediately greeted by signs of the past, with a blue plaque sitting proudly on the exterior of the building to commemorate Awdry’s time spent in the property with his family.

Rev Awdry’s greatest locomotive characters were dreamed up at the Old Vicarage, including the sneaky Diesel, who appears in Duck and the Diesel Engine. 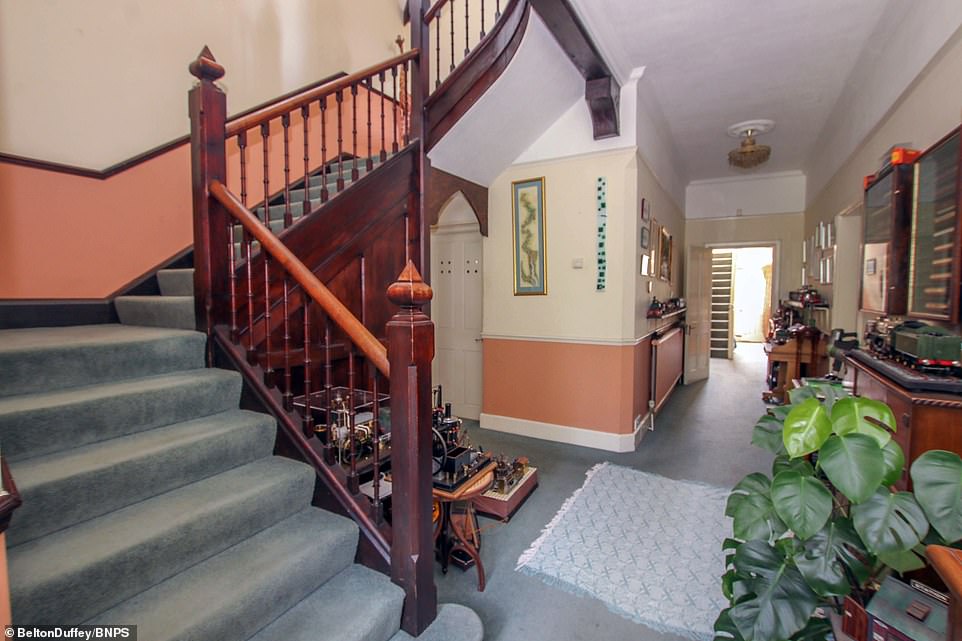 Next station ahead: A large wood-panelled stairway leads a spacious corridor area to the upstairs bedrooms 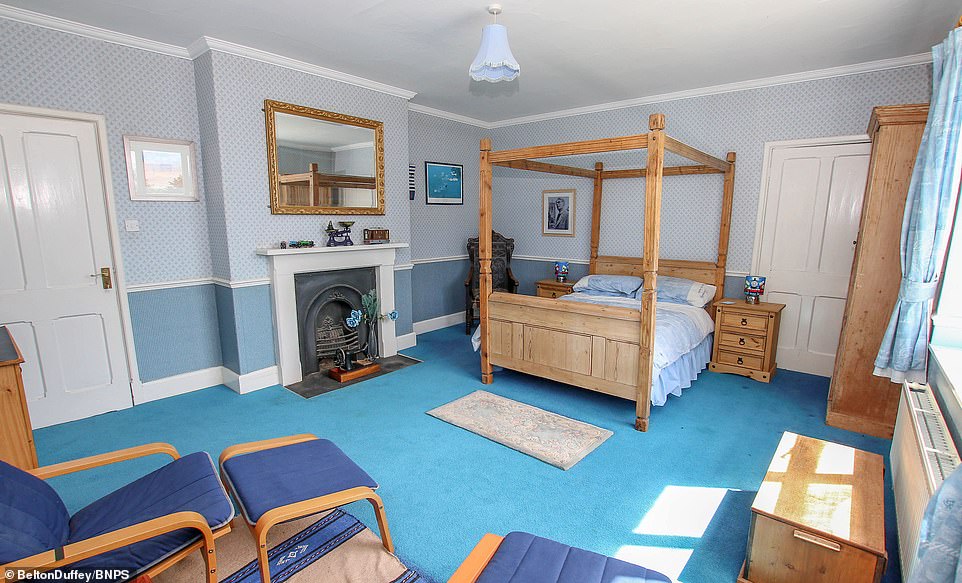 The spacious property boasts eight bedrooms in total, each of varying size with ensuite facilities available 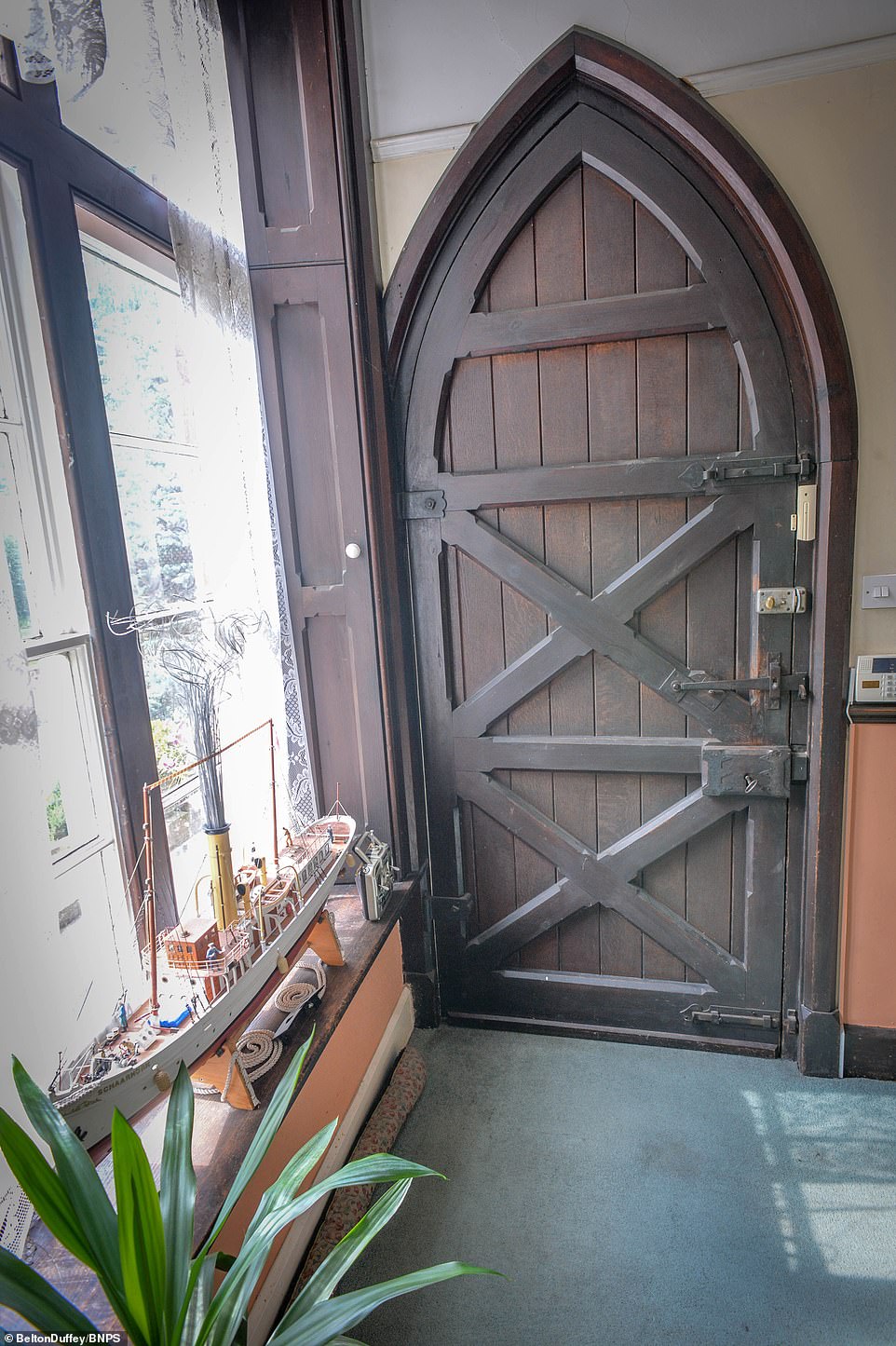 Subtle little details can be seen sprinkled through the house, including traditional doorways linking the rooms together 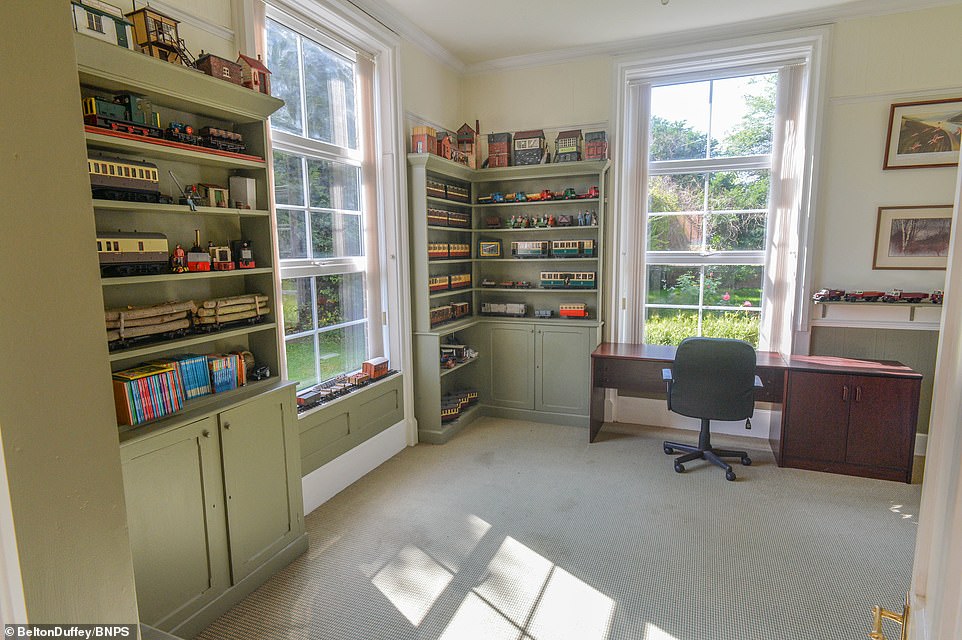 Where the magic happened: the study offers panoramic views out across the garden, and is where the novels were penned 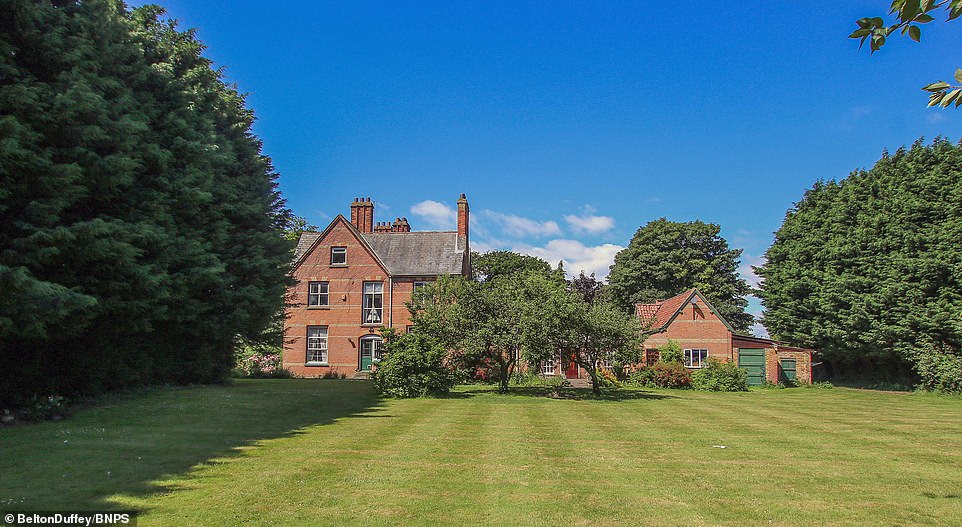 Plentiful: The home comes with 1.5 acres of private tree-lined grounds which flank the rural property from all sides 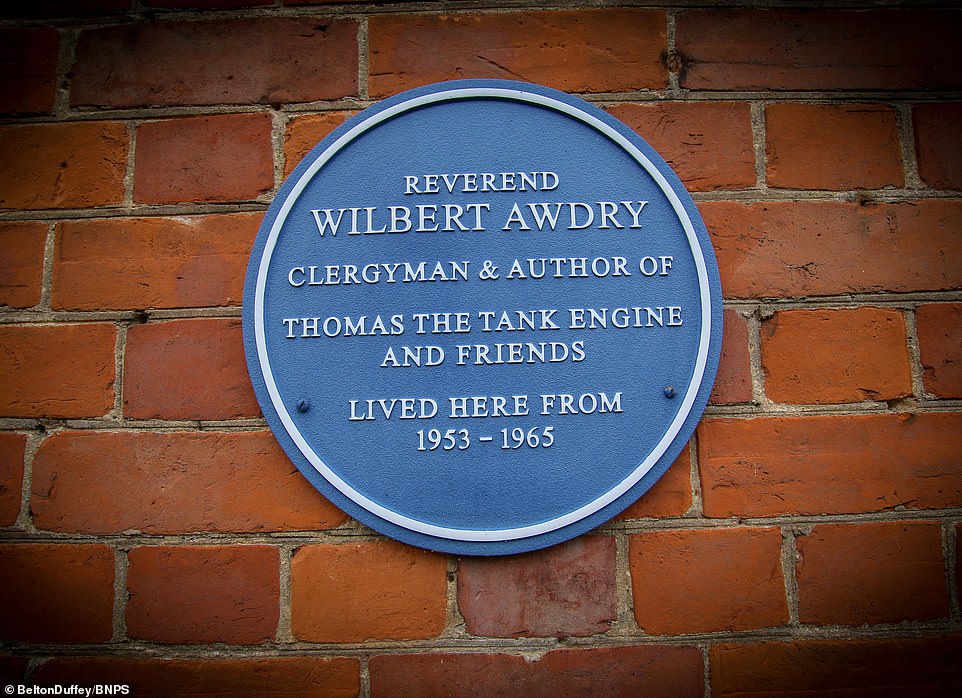 A blue plaque marks the property and notes the tenure of Reverend Awdry, along with the creation of Thomas and friends

It was the first time a diesel train had been featured in the series and in the book a vicar appears in the illustration that commentators have suggested is Rev Awdry himself.

He lived at The Old Vicarage with his family from 1953 until 1965 and wrote books including Gordon the Big Engine and Edward the Blue Engine in his time there.

It was built around 1858 with brick walls under a slate roof and retains many original period features, including fireplaces, cornicing, ceiling roses, picture and dado rails and window shutters, along with other novelty details such as archaic doorways which have been retained from the early period.

The property’s current owner said he didn’t buy the house because of its Thomas connection but admitted: ‘I love steam engines and anything to do with trains and have always had an interest in locomotives.’

He added he and his wife both loved the house for its historic touches – such as the still-working servants bells – as well as its literary connection. 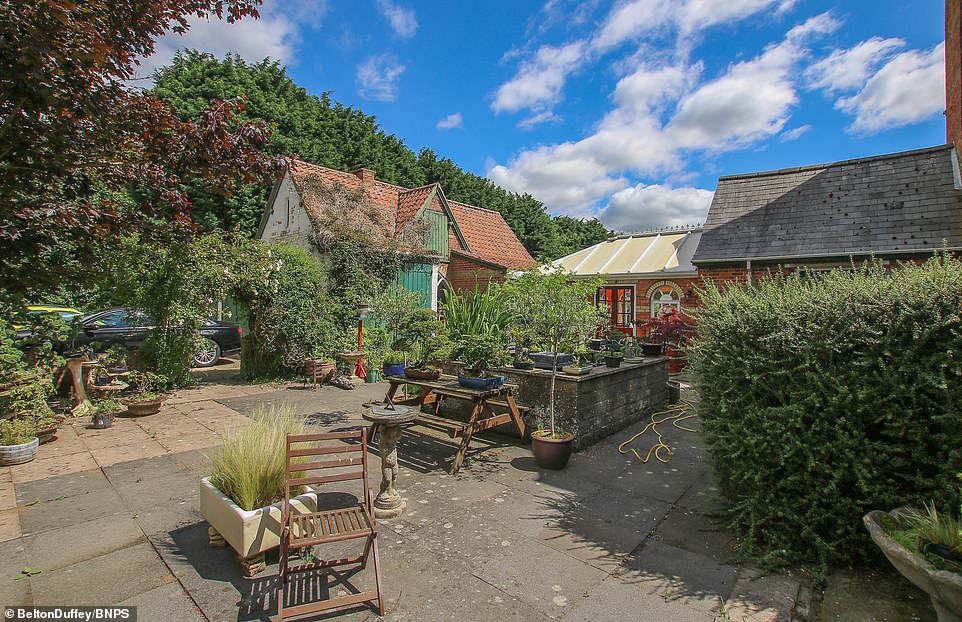 A large garden area, lined with patio, gives residents ample space to grow plants and take in the summer sun 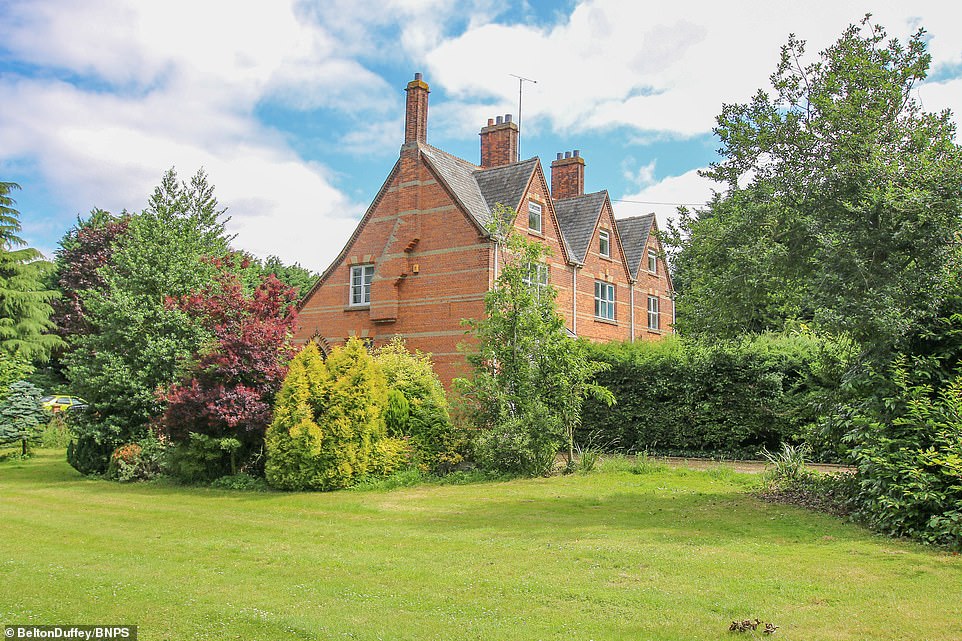 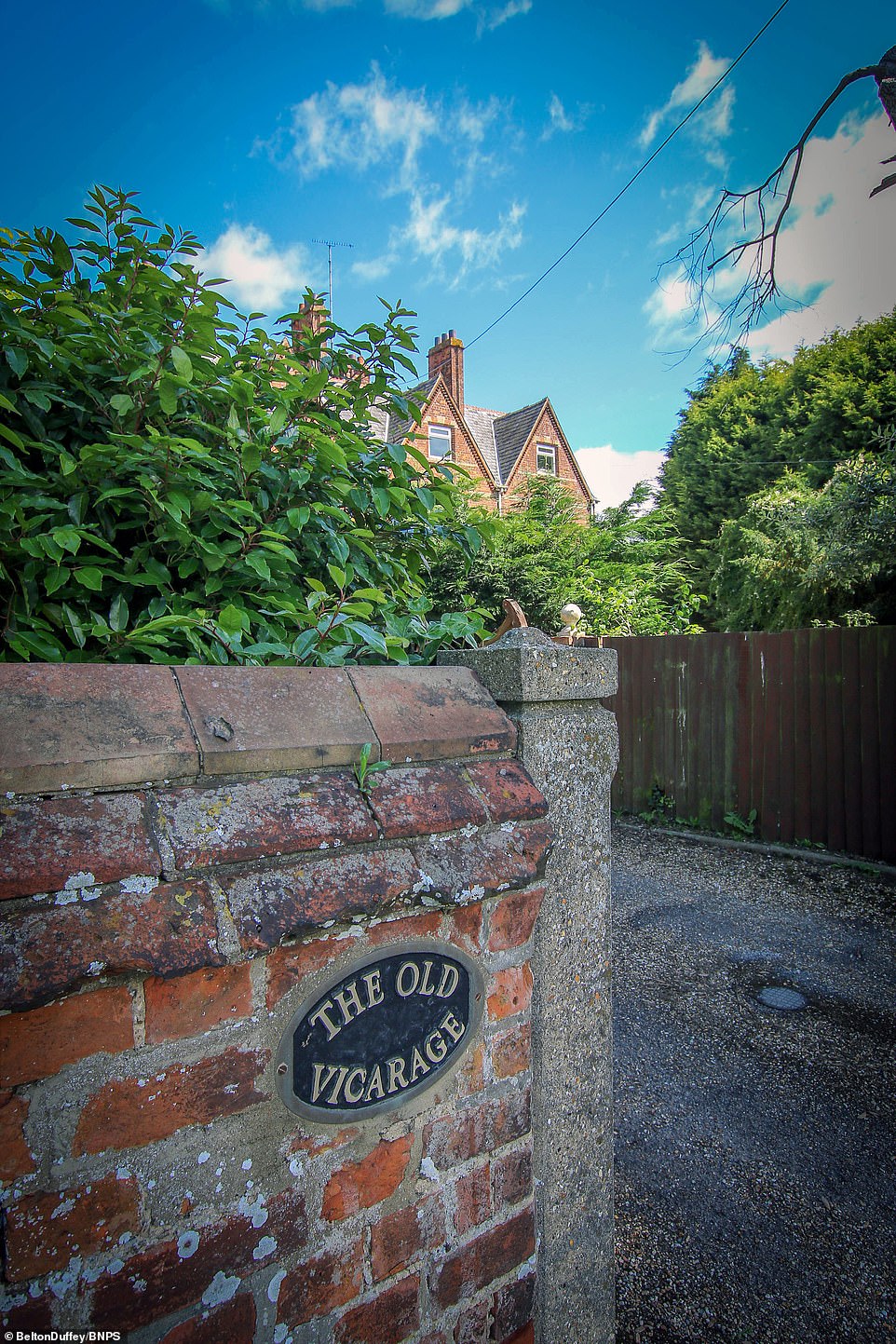 Awdry lived and wrote at the old vicarage in the village, during his time preaching at St Edmund’s Church in Emneth 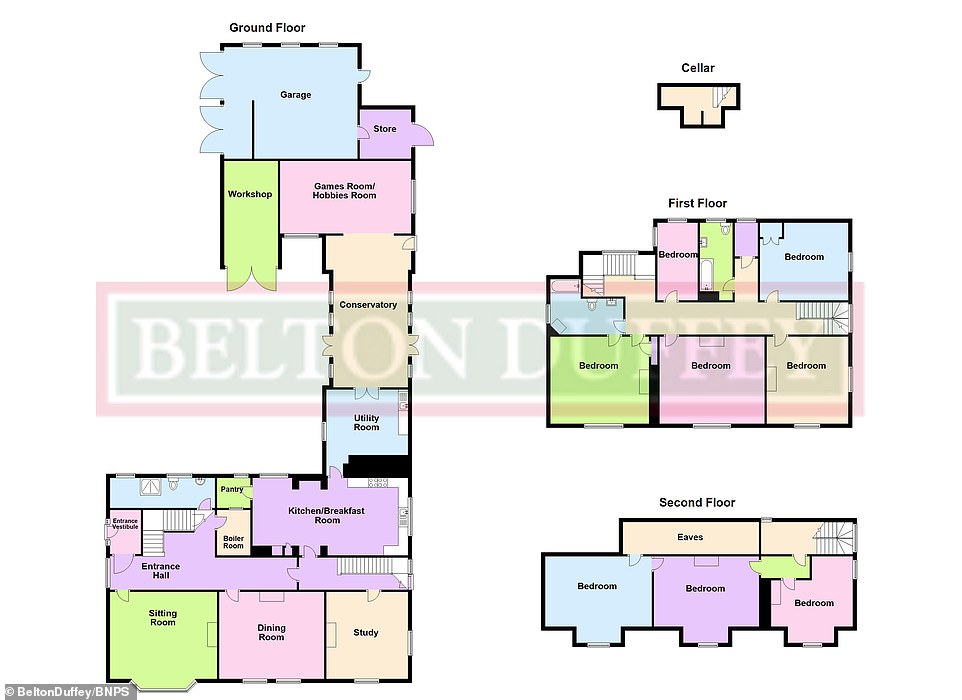 The homeowner said: ‘If you were to peel back the cladding on the top floor, you would be able to see holes in the walls of the three adjacent rooms to create tunnels to allow Wilbert to play trains on his own OO gauge railway layout.’

He added that the house, which has a Blue Plaque commemorating the Rev Awdry’s time at the property, was a source of great interest to people.

‘We’ve often had visitors knock on the door and ask to photograph it. I think people have a great affection for Wilbert Awdry and his books.’

He and his wife held an open weekend at the Old Vicarage in 2011 on the centenary of the writer’s birth to unveil the Blue Plaque and were astonished when 600 people turned up.

The couple have however decided to downsize and would be looking for a bungalow after living in a property with three flights of stairs.

Awdry died in March 1997 in Rodborough, Gloucester, and goes down as one of Britain’s best-loved children’s authors.