The thugs waged war against the Russian gay community by setting up a website which listed the names of activists and called for them to be “hunted and killed.” 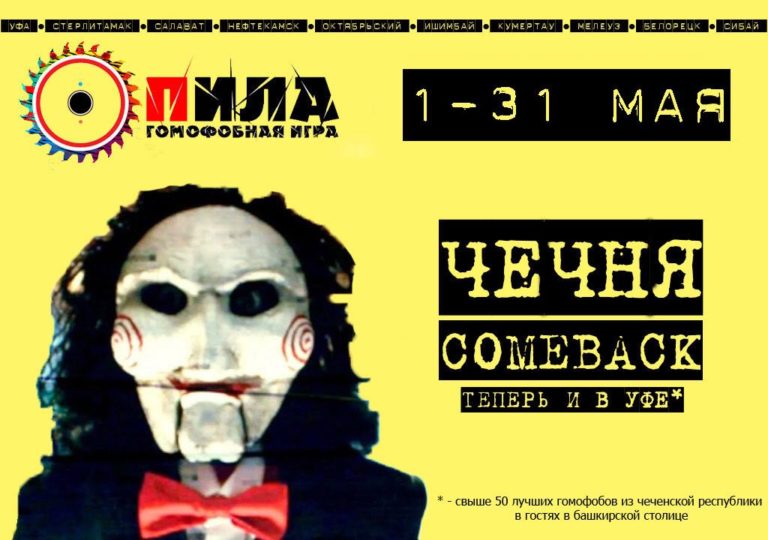 Last year, one of the country's most prominent LGBT voices Yelena Grigoryeva was murdered after her personal details were put on the "death list" which was deactivated days later.

The slogan the group use is “hunt them, find them, kill them and we will pay you” along with pictures of the Jigsaw Killer from the Saw film franchise.

Since the website was taken down, the gang continue to send death threats to activists in Russia and have since revealed they have proxies setting up in European countries.

Svetlana Zakharova, 32, from St Petersburg, told Sun Online that she has received five threats from the group already this year.

She says the gangsters feel empowered by the Russian government's “gay propaganda” laws which have been blamed for a spike in homophobic attacks since 2013.

Svetlana, who works for the country's LGBT Network, said: “In the emails, they say things like 'you will be next.'

“The people behind these threats try to claim they have the support of the government.

“'We are the power and you will be next', is the kind of language they use.”

In the last threat she received in April, the group revealed their plans to carry out attacks in countries such as Germany and the Netherlands before “further expansion” throughout the rest of the continent.

The email read: “A project of our like-minded people from Europe under the name 'Knife International' starts.

“At the moment, the project will be based in five cities, these are Warsaw (Poland), Ostrava (Czech Republic), Berlin (Germany), Kharkov (Ukraine) and Arnhem (Netherlands) with further expansion throughout most of Europe.

“The main activity of the organisation will be the regulation of LGBT activism in Europe.”

Yelena Grigoryeva died after being stabbed multiple times and strangled by a group of men in St Petersburg last July – a murder which has been classified as an anti-LGBT hate crime by leading watchdog the SOVA Center. 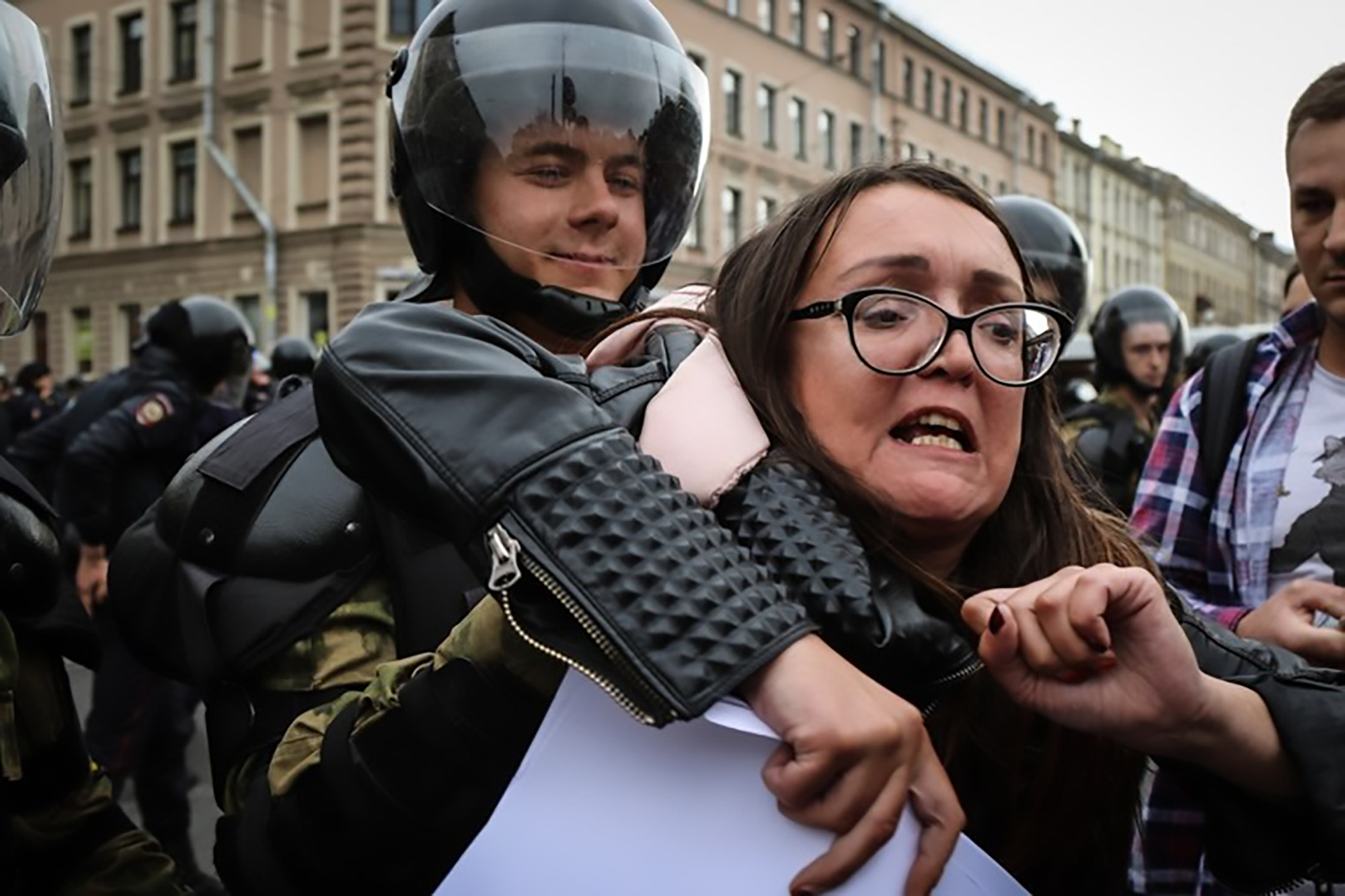 Yet, the police claim the killing was not motivated by her sexuality despite her name appearing on a “death list” on the Saw site was closed down within days of the murder.

The LGBT network insists that cops did not investigate the crime properly although three suspects were arrested and one man Aleksei Volnyanko, 28, confessed to the murder.

It has been claimed by activists that Volnyanko was a “scapegoat” in the killing of Yelena who was a prominent critic of Russian leader Vladimir Putin, reports Radio Free Europe.

State media backed the police and promoted the theory that the activist – who opposed Moscow's annexation of Ukraine's Crimea peninsula – had an "antisocial lifestyle" and a drink problem.

When the so-called Saw site first appeared online in 2018, homophobic attacks surged in the Russian region of Bashkortostan and in particular its capital Ufa.

Activists were sent posters featuring the Jigsaw Killer along with the caption “50 of the best homophobes from the Chechen Republic visiting the Bashkir capital.”

Chechnya is a republic within the Russian Federation whose leader Ramzan Kadyrov is an outspoken bigot who has claimed there are 'no gay people' in his country. 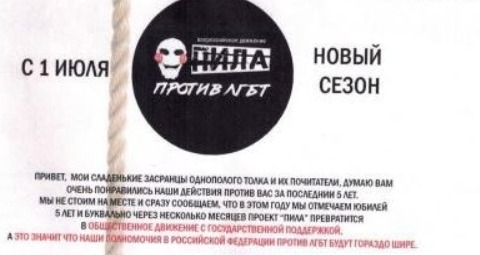 Journalist Regina Khisamova, from the city of Kazan west of Ufa, said LGBT people were “tracked and beaten on the streets” during 2018 and 2019.

She told Sun Online that police in the city did not protect the LGBT community, saying: “Victims rarely go to the police because they cannot find help there.

“Statements of people who openly talk about their orientation aren’t considered by anyone.”

This week, Regina interviewed Aidar Ismagilov, a gay activist from Kazan, who says he was targeted by the Saw group when he visited Ufa.

He said: “A couple of years ago I went to work in Ufa for a month and met a guy online who claimed to be in the activist movement.

“He invited me over for a visit. However, when I told another friend about the guy he said he was somehow connected with 'Saw'.

“I turned around almost at his front door – it saved me. This guy eventually wrote to me and threatened me.”

"The Putin regime allows them to happen. It relies on homophobic nationalist extremists for some of its electoral support, so it does not want to alienate them.

"The Russian state sees these extremists as a useful way to intimidate the LGBT+ community, while keeping its own hands clean."