Washington: If Joe Biden becomes the Democratic Party's presidential nominee – a prospect that looks increasingly likely – he has one voting group to thank above all others: African Americans.

It was Biden's thumping victory in South Carolina – where a majority of Democratic primary voters are black – that jolted his sputtering campaign back to life and cemented him as the leading moderate in the field.

Overwhelming support from black voters was also crucial to Biden's victories in a string of southern Super Tuesday states, allowing him to amass a delegate lead that Bernie Sanders will struggle to overcome. 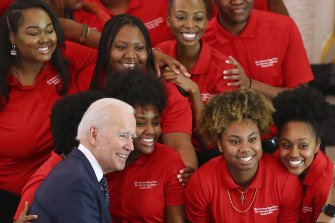 In the delegate-rich state of Texas, for example, Sanders won the most votes among white, Hispanic and Asian-American voters. But Biden's dominance with African Americans – he won 60 per cent of the black vote, compared to 17 per cent for Sanders – pushed him into the lead.

There are several key reasons why Biden has become the candidate of choice with this crucial demographic.

Polls repeatedly show that black Democrats are much less likely than white or Hispanic Democrats to describe themselves as liberal (meaning left-wing in American terminology).

Conversely, black Democrats are significantly more likely than whites or Hispanics to classify themselves as a moderate or conservative.

This makes them more likely to support a candidate such as Biden, who is perceived as a centrist, rather than a more radical figure such as Sanders.

For all the talk about "wokeness" and "identity politics", black voters tend to reject purity tests.

Biden became the top choice for black voters despite his record opposing the “busing” of black children into white schools.

And before his disastrous debate performances, a strikingly high number of black voters expressed a willingness to support Michael Bloomberg despite the racially discriminatory stop-and-frisk policing policy he championed as mayor of New York. 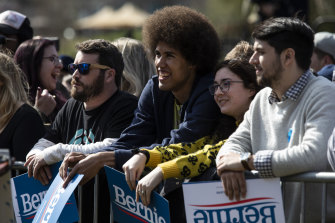 Supporters wait outside a Get Out The Vote Rally with Bernie Sanders in Columbia, South Carolina.Credit:Bloomberg

Meanwhile charismatic and well-credentialled black candidates like Kamala Harris and Cory Booker dropped out of the race early, in part because they were attracting negligible support among African Americans.

"Black voters tend to be very pragmatic," says Larry Sabato, director of the Centre for Politics at the University of Virginia. "They are not looking to push the boundaries of progressivism. Their priority right now is getting Donald Trump out of office."

The Sydney Morning Herald and The Age saw this first hand at the Royal Missionary Baptist Church in North Charleston, where all the worshippers were black and most were over 40.

It wasn't so much that the churchgoers disliked Sanders' policies – indeed, some favoured a government-run healthcare system.

But they found his plans unrealistically ambitious. There was no way were they going to risk four more years of Trump in the name of idealism.

"I love Bernie Sanders, I really do," 61-year-old churchgoer Frank Russell jnr said. "But I don't think America is ready for such a radical shift quite yet." 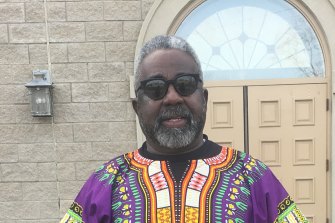 Elizabeth Bellamy, 74, said: "I don't think Medicare-for-all is possible. That may happen 20 years from now but no way in four years."

Meanwhile, Biden was a particularly appealing candidate for these worshippers. They liked his sense of decency and valued his decades of political experience.

They also placed huge weight on the fact that Barack Obama, the country's first black president, selected him as his deputy, and that Biden had served him loyally for eight years. 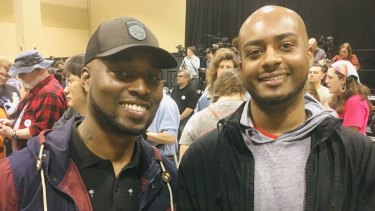 African Americans – and in particular black women- are the Democrats' most loyal voting block. They tend to feel positively about the party, making Bernie Sanders' attacks on the "Democratic establishment" a particularly unappealing message for this voter cohort.

There is also a powerful notion in the African American community that voting is a collective act, rather than a personal decision.

They explain that by acting as a "partisan voting bloc", black voters are able to maximise their political power as a racial minority.

This dynamic was also on display at Royal Missionary Baptist. Rather than asking the worshippers to follow to their own conscience, pastor Isaac Holt jnr urged them to unite behind a single candidate.

"If [African Americans] vote collectively and turn out strongly, we can decide the next president of the United States," he said.

Biden, it just so happened, was sitting in the front pew at the time.

By swinging decisively behind Biden, black voters influenced the race in a way that moderate white Democrats – who were splintering their votes across a handful of candidates – had been unable to do.