Bitter husband, 82, who murdered four of his nieces and nephews by pouring petrol through their letterbox because he was angry that his wife left him will get a parole hearing next year

A bitter husband who murdered four of his nieces and nephews by pouring petrol though a letterbox in a twisted revenge attack because his wife left him will have a parole hearing in the new year.

Fred Heyworth, then 59, was jailed for life in 1997 for starting the fire that killed Terry, 12, Alison, 10, Nicola, eight, and six-year-old Patrick Good as they slept in the family’s home in Southampton.

Heyworth was angry because his wife Janette had left him and moved in with her sister Beverley and husband Melvyn and he believed his sister-in-law had been partly responsible for his marriage breaking up.

The killer – a Freemason – was found guilty of four counts of murder at Winchester Crown Court in May 1997 when the judge stated: ‘What evil brainstorm prompted you to act as you did we shall never know.’

But Heyworth, now 82, could be freed next year with a parole hearing due to take place in May. 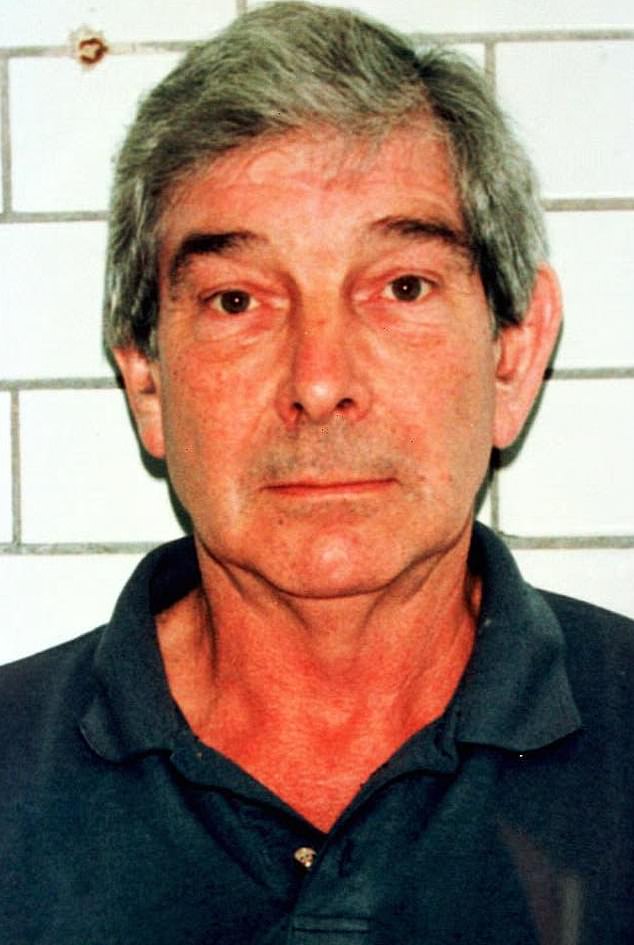 Fred Heyworth, then 59, was jailed for life in 1997 for starting the fire that killed Terry, 12, Alison, 10, Nicola, eight, and six-year-old Patrick Good as they slept in the family’s home 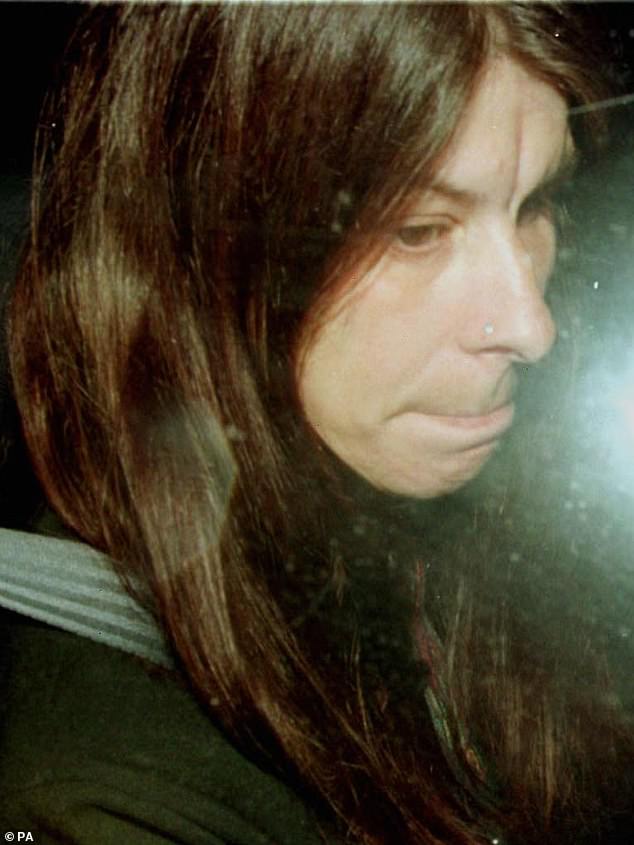 A spokesperson for the Parole Board said: ‘We can confirm the parole review of Fred Heyworth has been referred to the Parole Board by the Secretary of State for Justice and is following standard processes. A hearing is expected to take place in May 2023.

‘Parole Board decisions are solely focused on what risk a prisoner could represent to the public if released and whether that risk is manageable in the community.

‘A panel will carefully examine a huge range of evidence, including details of the original crime, and any evidence of behaviour change, as well as explore the harm done and impact the crime has had on the victims.

‘Members read and digest hundreds of pages of evidence and reports in the lead up to an oral hearing.

‘Evidence from witnesses such as probation officers, psychiatrists and psychologists, officials supervising the offender in prison as well as victim personal statements may be given at the hearing.

‘It is standard for the prisoner and witnesses to be questioned at length during the hearing which often lasts a full day or more. Parole reviews are undertaken thoroughly and with extreme care. Protecting the public is our number one priority.’

If successful in his parole bid, Heyworth would be released on licence by next summer.

The court was told the Heyworths married in 1978 and had two children. The marriage broke up early in 1995 when his wife, Janette, left him.

Janette, who was 22-years younger than her husband, had begun divorce proceedings while the children remained with their father.

Mrs Heyworth told the court that after the break-up her estranged husband told her that no matter how long it took, he would get her and her sister because no-one could mess up his life and get away with it. 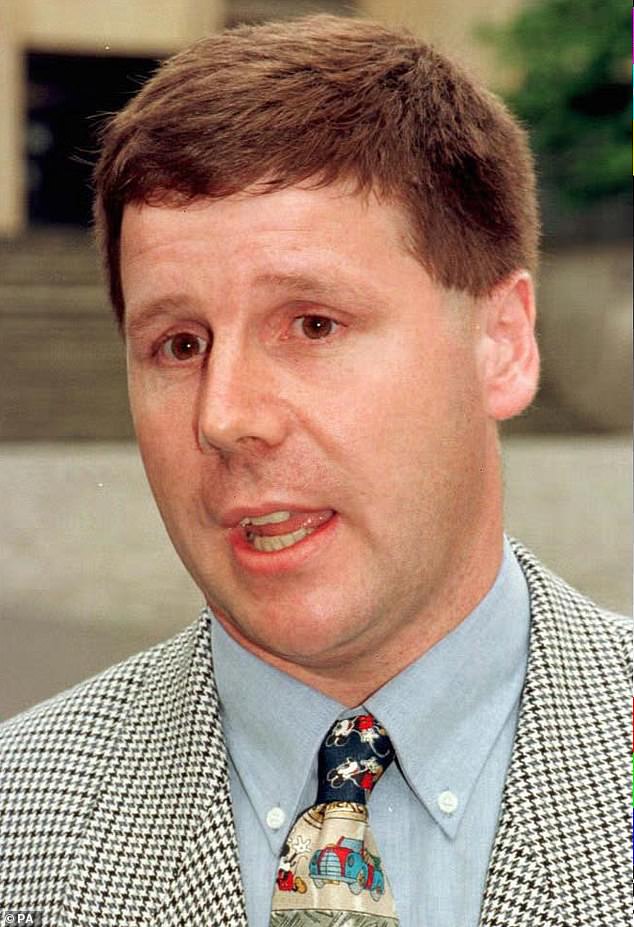 Mr Nigel Pascoe QC, for the prosecution, said Heyworth became convinced Mrs Good was partly responsible for his wife’s alienation and bitterly resented that she had put her up.

Describing the night of the fire in May 1996, Mr Pascoe said Heyworth, who worked delivering items for a catalogue company, attended a Masonic ladies night where his estranged wife was working behind the bar.

The prosecution said his feelings ”boiled over” and he set off from his home in the early hours, cycling to Sullivan Road where the 14-year-old Kelly Good heard a noise like water being poured through the letterbox.

She could see the shape of someone standing outside the front door and as she and her mother stood on the landing a ball of flame shot up the stairs.

The mother and father and the girl managed to get out. Firefighters were beaten back by the flames and when they eventually got into the house found the bodies of the four children, who had died from inhaling smoke, in the back bedroom.

Neighbours had to prevent the distraught parents from trying to get back in the house as Mrs Good screamed for her children.

She told police: “The children did not appear, I know they weren’t coming out. I have not got any enemies. I do not know who would want to hurt me and I know my children have never hurt anyone.

Heyworth, a van driver, told the court he thought the Good family had gone away to Cornwall for the weekend and that the house was empty.

“I never intended to hurt any children, any adult; it’s not in my nature,” he said.

However, the court was told that most of the lights and two television sets were on at the time of the attack at the house in Sullivan Road, in Sholing, Southampton.

After being convicted Judge Mrs Justice Steel told Heyworth:”You perpetrated an act of the very greatest wickedness. Your actions were premeditated and carefully planned.

“You intended to burn the house. You intended, by the jury’s verdict, to cause serious harm to the occupants or kill them.”

She added: “This is a tragedy that will remain with you and with others for a very long time. The consequences … will live with you forever.”

After the court hearing, a detective said: “The family will never get over this tragedy.”

In a statement after the verdict, Mr and Mrs Good and their daughters Kelly and Andrea, who escaped the fire, said: “We are pleased that justice has been done.

“However, no punishment will ever be sufficient for the crime that has been committed. No sentence imposed would ever compensate or end the loss and suffering felt by us all.”