A gas well explosion at the Barksdale Air Force Base just east of Shreveport, Louisiana, resulted in an unknown number of injuries on Tuesday morning, the Air Force has confirmed.

In a brief statement the Air Force said that the Base Emergency Response Personnel responded to a incident at a gas well on the East Reservation at about 11:40am. 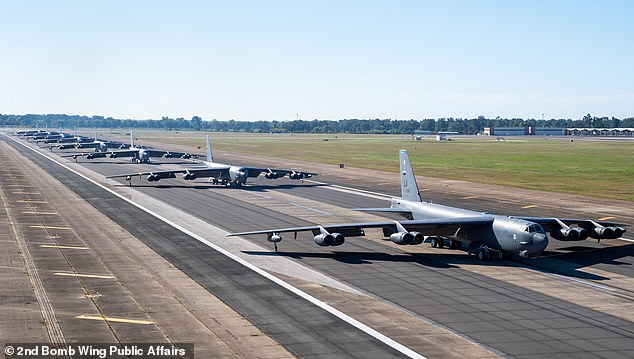 The Air Force confirmed that there were injuries, though there are no details yet about how many or their nature.

‘Although injuries have been reported, there are no further details at this time,’ the Air Force statement read.

A representative from Barksdale AFB told DailyMail.com that it will be releasing a statement to the press ‘shortly’.

Earlier this morning the Barksdale AFB warned neighboring residences about demolitions scheduled to take place between 10am and 3pm on the East Reservation of the base – within the same vicinity that the gas explosion is reported to have occurred.

The Bossier Parish Sheriff’s Office posted this image on their Facebook warning residents about planned demolitions at the base. It is unclear if the demolition is related to the explosion

‘You will hear a loud boom,’ the Bossier Parish Sheriff’s Office wrote on their Facebook account alongside a picture of a fireball, in a notification to residents about the scheduled demolition.

It is unknown whether the scheduled demolitions occurred or have any connection to the gas well explosion. 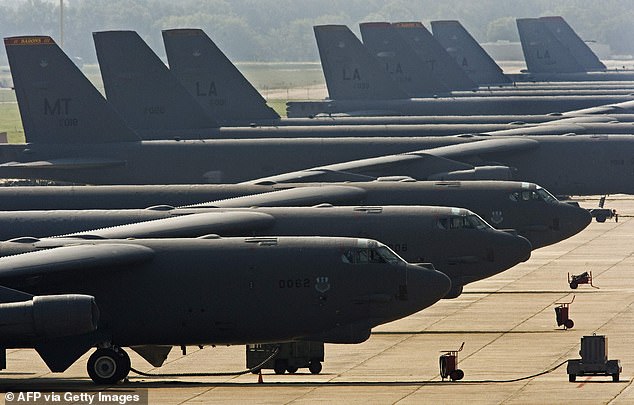