A short clip showed the monarch greeting Prime Minister Liz Truss at his royal residence in London yesterday for the first of their regular weekly audiences.

And a photograph could be seen positioned on a table in a room there, showing the Duke and Duchess of Sussex at Windsor Castle following their wedding in May 2018.

Prince William and Kate were also in the photograph with Princess Charlotte and Prince George. Prince Louis was not there, having been born just four weeks earlier. 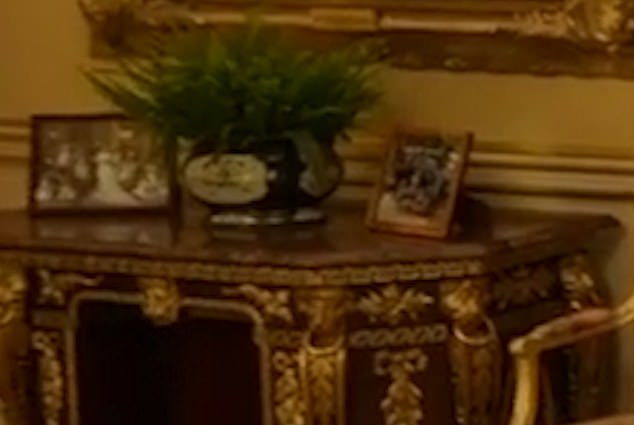 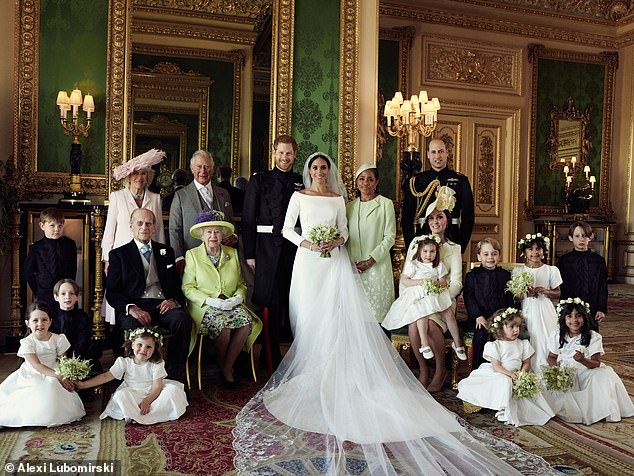 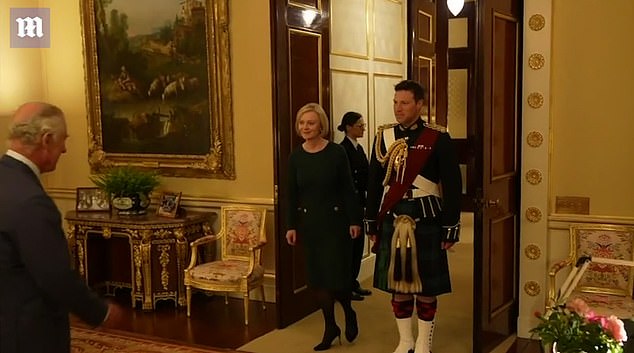 The photograph can be seen on the left of the table at the palace, just under the picture frame

A second photograph could also be seen on a table at the palace yesterday, showing the Queen with her heirs Charles, William and George, taken in December 2019.

The Sussexes’ picture is displayed despite Harry’s strained relations with his father and other Royal Family members – and the Sussexes quitting as senior royals in 2020.

During Harry and Meghan’s interview with Oprah Winfrey in March last year, the Duke claimed Charles had cut him off financially and no longer returned his phone calls.

But they reunited in Britain following the Queen’s death on September 8, with Harry playing a prominent role in the period of mourning and the funeral on September 19. 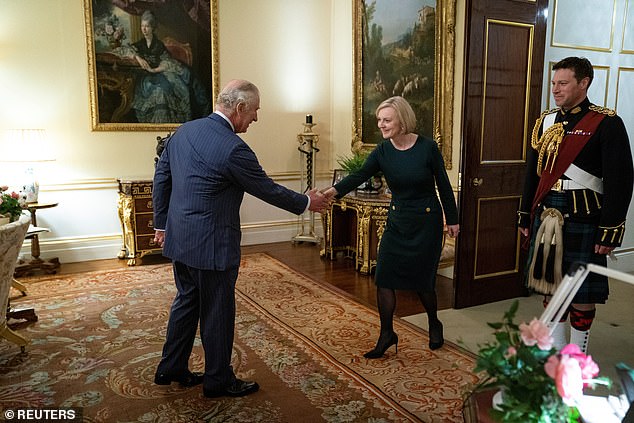 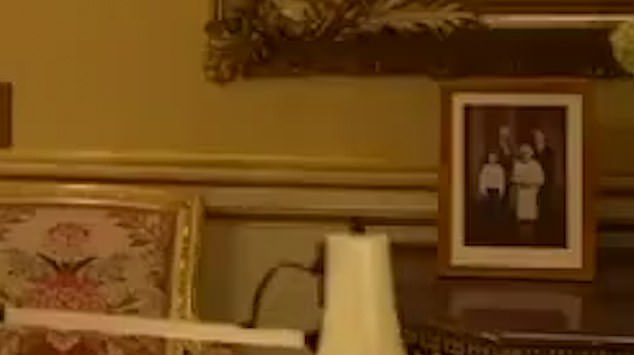 A second photograph could also be seen on a table at Buckingham Palace yesterday, showing Queen Elizabeth II with her heirs Charles, William and George, taken in December 2019. 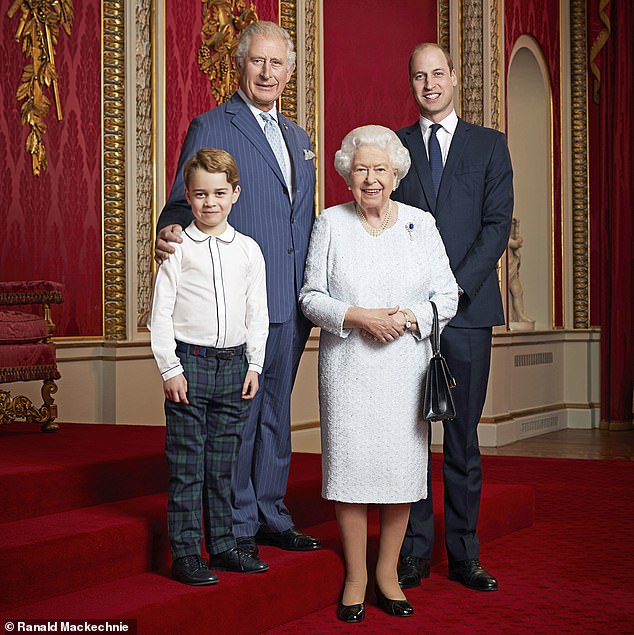 A portrait of the Queen, Charles, William and George at Buckingham Palace in December 2019

There, she insisted she will not cut spending to balance the books as economists and the financial markets continued to question her plans.

Ms Truss was heard to say: ‘It’s a great pleasure.’

Separately, yesterday afternoon Charles also met the King and Queen of Malaysia, known as the Yang di-Pertuan Agong and the Raja Permaisuri Agong.