Local elections are to be postponed for a year to protect voters and staff working at polling stations from coronavirus, the Government announced today.

The dramatic step was announced after Labour joined the elections watchdog in recommending a delay to the May 7 vote.

It means thousands of councillors and elected mayors including London’s Sadiq Khan – who had called for the May 7 poll to go ahead as planned – will spend an extra 12 months in office before standing for re-election.

Elections were due to take place for 118 councils in England: 22 unitary authorities, 34 metropolitan boroughs and 62 non-metropolitan districts.

Eight mayoral elections including in London, Greater Manchester, the West Midlands and Teesside were also pencilled in.

But the count would come around the same time as the peak of the virus outbreak across the UK.

A Government spokeswoman said: ‘We will bring forward legislation to postpone local, mayoral and police and crime commissioner elections until May next year.

‘We will also work with the devolved administrations to ensure that they have the necessary powers to do the same.’ 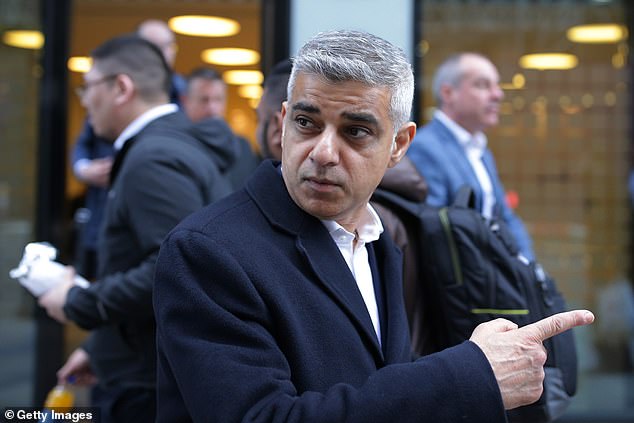 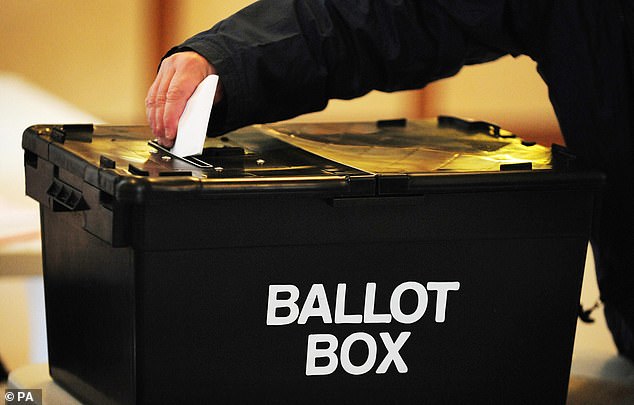 The Election Commission said it was recommending the poll due to take place in five weeks’ time should be delayed on health grounds, saying it might not be possible to run them if there is widespread sickness.

Labour had earlier called for a delay in the vote – in which it was expected to take an enormous thumping at the hands of the electorate.

In a letter to the Electoral Commission chief executive Bob Posner, supporting its call for a hiatus, general secretary Jennie Formby said: ‘We share your concerns about the ability of local authorities to deliver the elections in advance and on the day, at the same time as continuing to manage vital services that will have increased pressure on them due to the coronavirus.

‘We also have serious concerns about the health and wellbeing of our staff and members who would be campaigning in the run up to 7 May.

‘As such, we have today advised our Constituency Labour Parties to cancel all campaigning and meetings.’

She also pointed out that elections in 2001 were postponed because of the foot and mouth outbreak and that ‘this is a far more serious situation affecting human health’.

Acting leader of the Liberal Democrats Ed Davey said: ‘It is the right decision to delay local elections but it is not clear why the government has decided to delay for a year rather than until autumn as the Electoral Commission advised.’

The Election Commission yesterday  said it was recommending the poll due to take place in five weeks’ time should be delayed on health grounds, saying it might not be possible to run them if there is widespread sickness.

In a letter to Cabinet Office Minister Chloe Smith, chief executive Bob Posner said there was a ‘real risks to the successful delivery’ of the vote if it went ahead on May 7.

‘The risks to delivery that have been identified are such that we cannot be confident that voters will be able to participate in the polls safely and confidently, nor that campaigners and parties will be able to put their case to the electorate,’ he said.

‘We therefore call on the Government to take steps to provide early clarity to all those with an interest in the electoral process; and on the available information and position we recommend the Government now delay the 7 May polls until the autumn.

Mr Posner added: ‘We have been in close contact with a range of key stakeholders across the electoral community – including the Association of Electoral Administrators, Solace, the Greater London Returning Officer, the Wales Electoral Coordination Board, and of course your officials – to assess the risks, and to identify and take forward appropriate mitigations to enable the delivery of the elections.

‘While this work is continuing, it has already become clear that the risks are so significant as to raise serious concerns about the polls continuing to their current timetable.

‘Although polling day is not until 7 May, preparations for the elections are already well underway and indeed publication of notice of election – which marks the start of the formal timetable – will take place later this month.

‘This means that a decision now needs to be taken, by Government and as appropriate by Parliament, whether to proceed with the scheduled 7 May polls.’