A MAN "mistakenly lit himself on fire" as protesters set blazes in the historic North Carolina Market House.

The video shows a rioter lighting a fire in Fayetteville, but accidentally setting himself alight in the process. 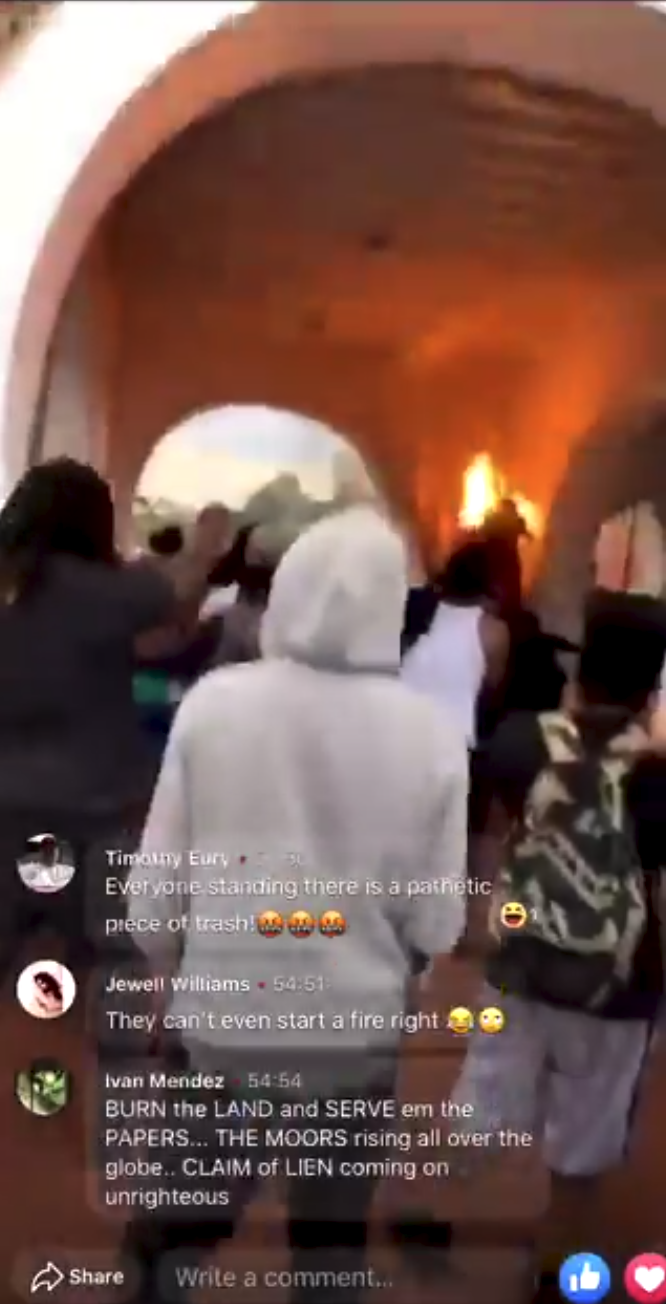 As a fellow protester shouted "get him out, get him out," the man ran down the stairs and out of the area.

Additional footage shows demonstrators followed the man, who was rolling on the floor, and attempted to help him put the fire out.

Protests in the city erupted at around 3.00pm on Saturday afternoon and remained peaceful until the Market House was set alight at 7.15pm, CBS reported.

The outlet reported that an American flag was also set on fire in front of the building.

The Market House fire was extinguished within 45 minutes, but at 8.45pm was seen with flames coming out of the structure.

Demonstrators have been protesting against the death of George Floyd for five nights.

Floyd died in Minneapolis after white cop Derek Chauvin was filmed kneeling on his neck during an arrest.