A DISTRAUGHT man carrying a flag that read “Protect Confederate Monuments” ran into a sea of protesters who gathered to watch the Stonewall Jackson statue be taken down.

As city workers were working on removing the Confederate commander's statue from its pedestal in Richmond Virginia, a lone man ran through the crowd to the base of the statue, flag in hand and stood guard. 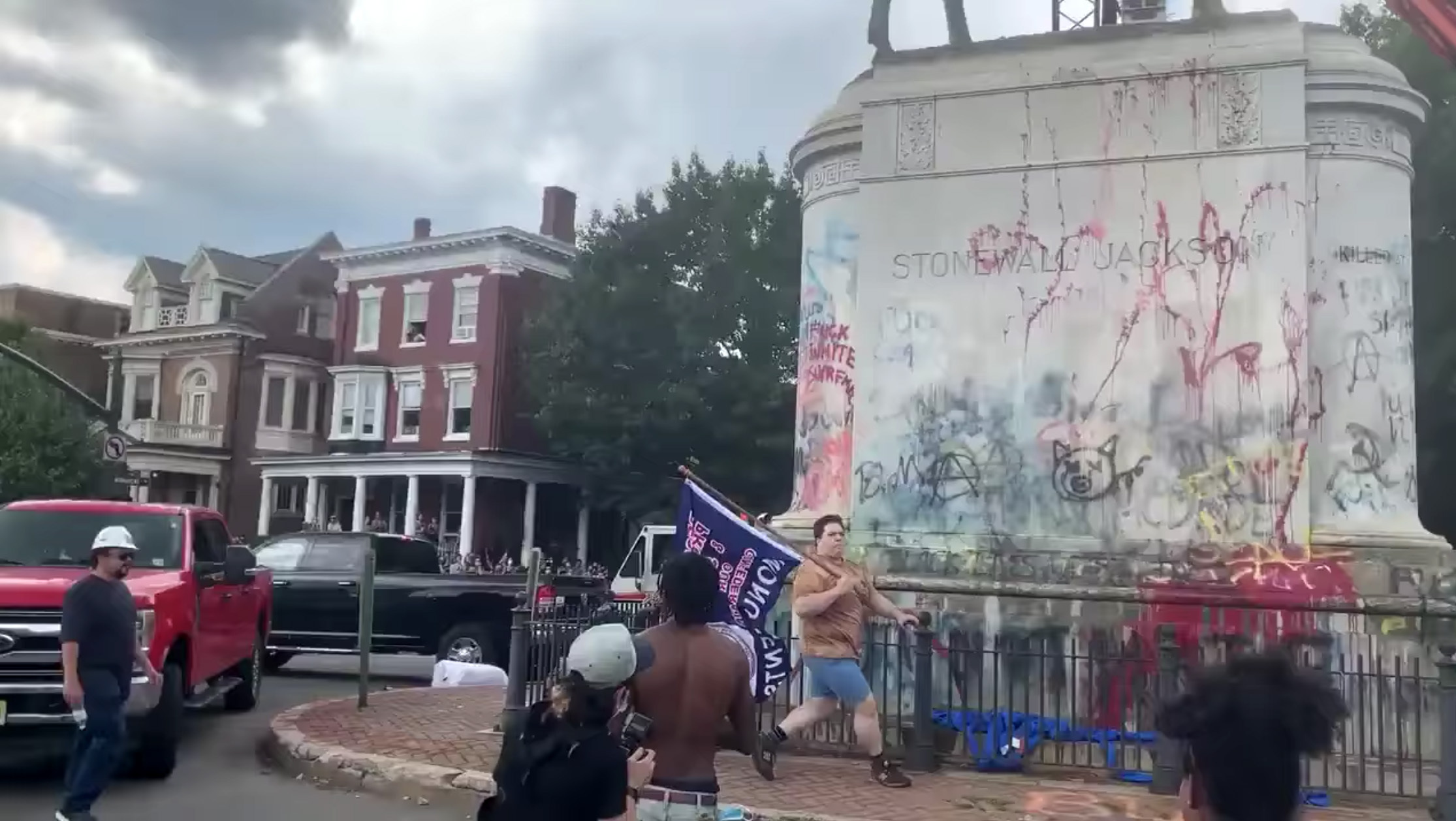 The protesters quickly surrounded the man, threw liquid at him and yanked the flag from his hands.

Richmond Sheriff Deputies were seen escorting him out of the crowd as he wailed and clutched his face.

The man was put in a police vehicle and driven away from the scene, while protesters were seen setting fire to his flag.

This comes as Richmond Mayor, Levar Stoney, used his emergency powers to order the immediate removal of all Confederate statues in his jurisdiction after widespread protests. 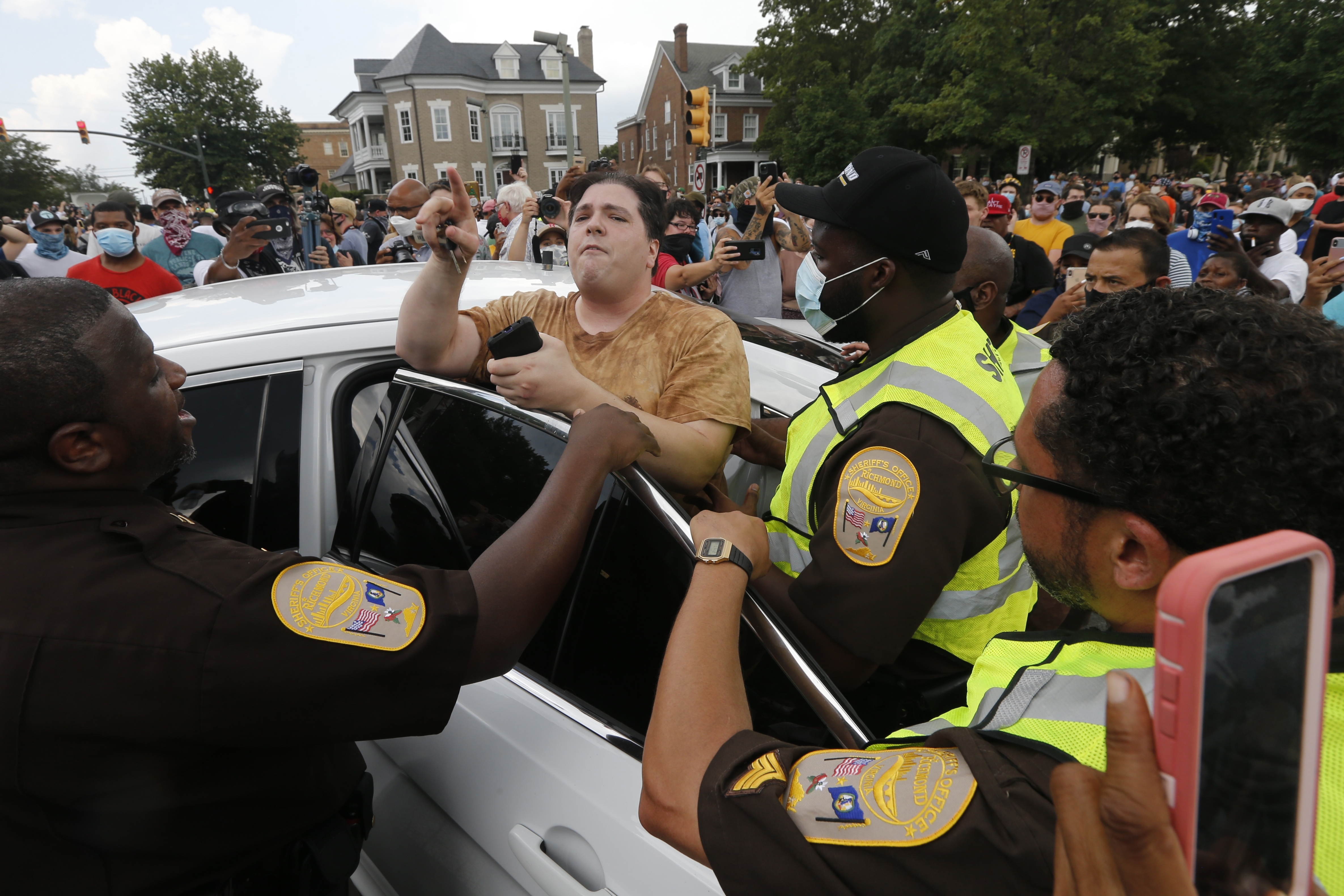 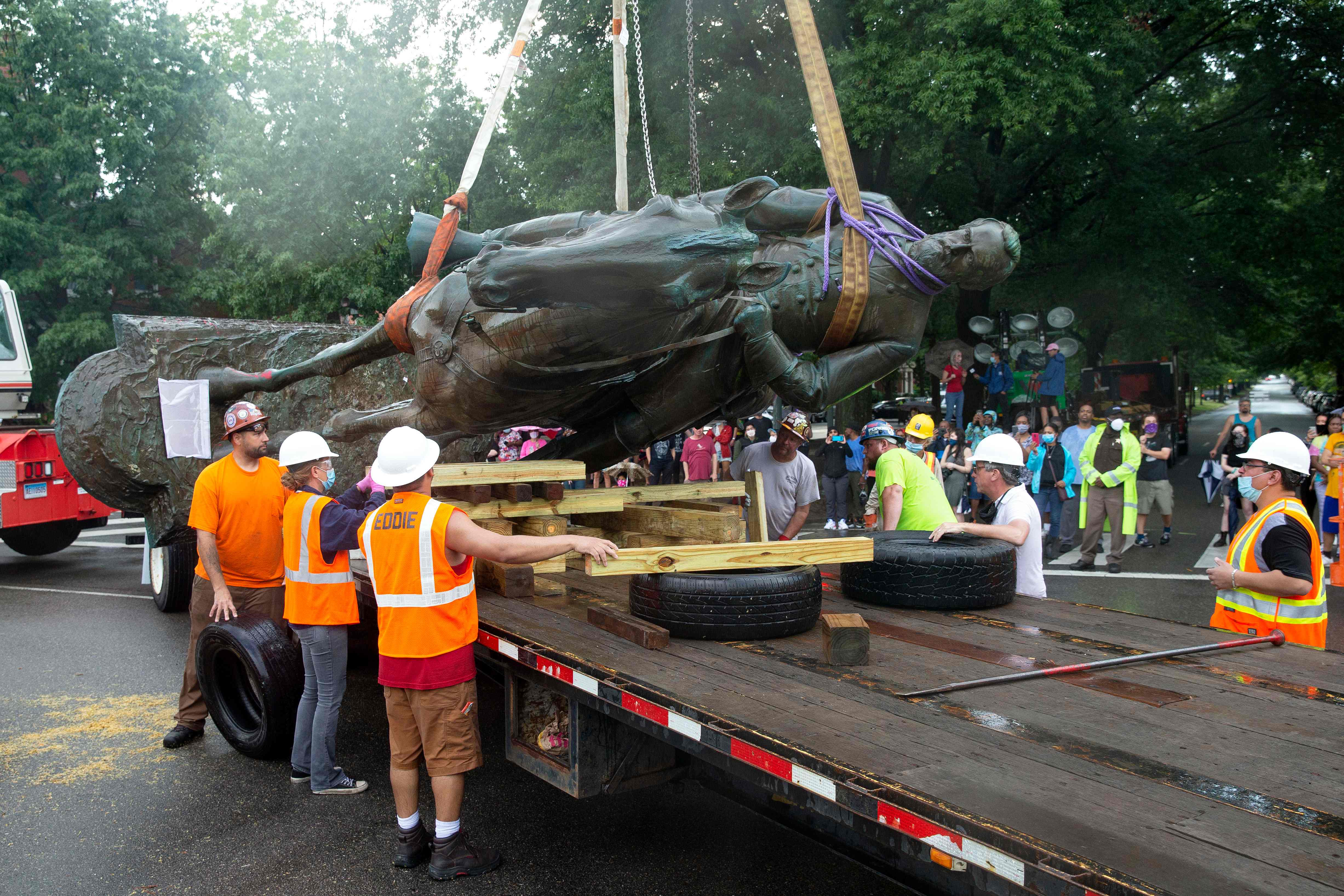 Another famous statue in the city is that of General J.E.B. Stuart.

Stoney said it had to be done quickly because protesters were already toppling these statues and someone could get hurt.

“We have an urgent need to protect the public,” Stoney said in a statement, the same day a new state law took effect granting control of the monuments to the city of Richmond.

Under the legislation, the removal process would take 60 days to unfold. 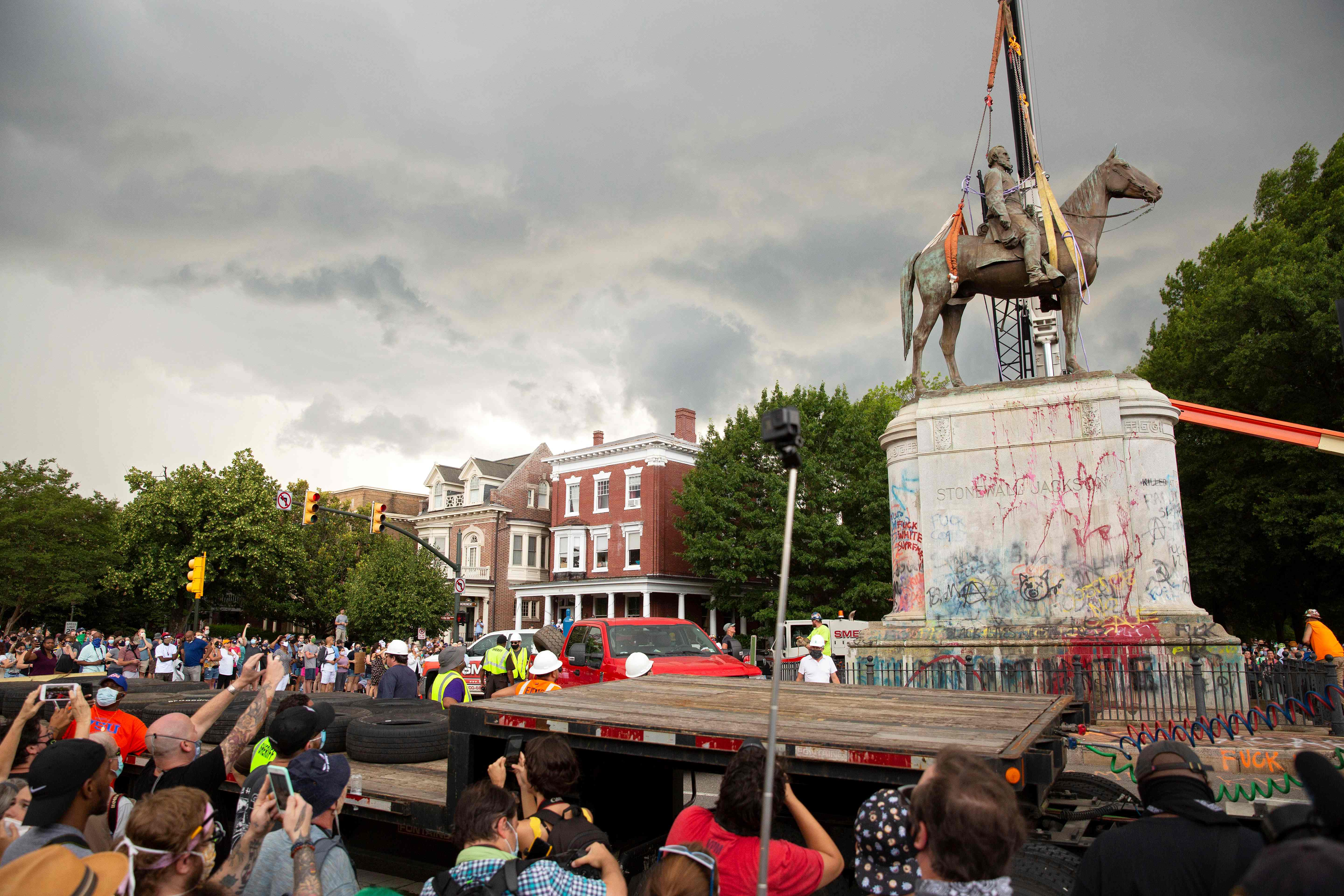 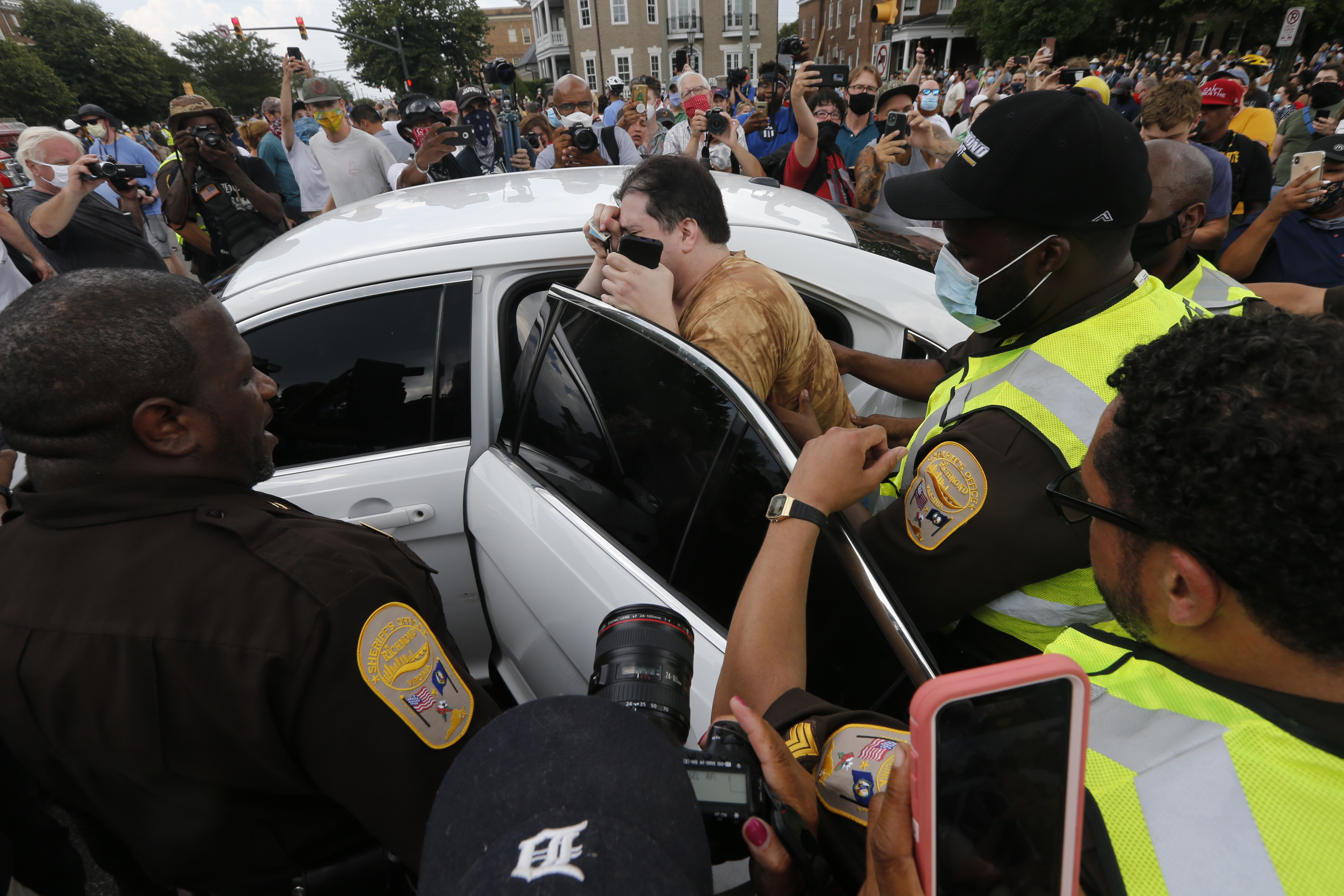 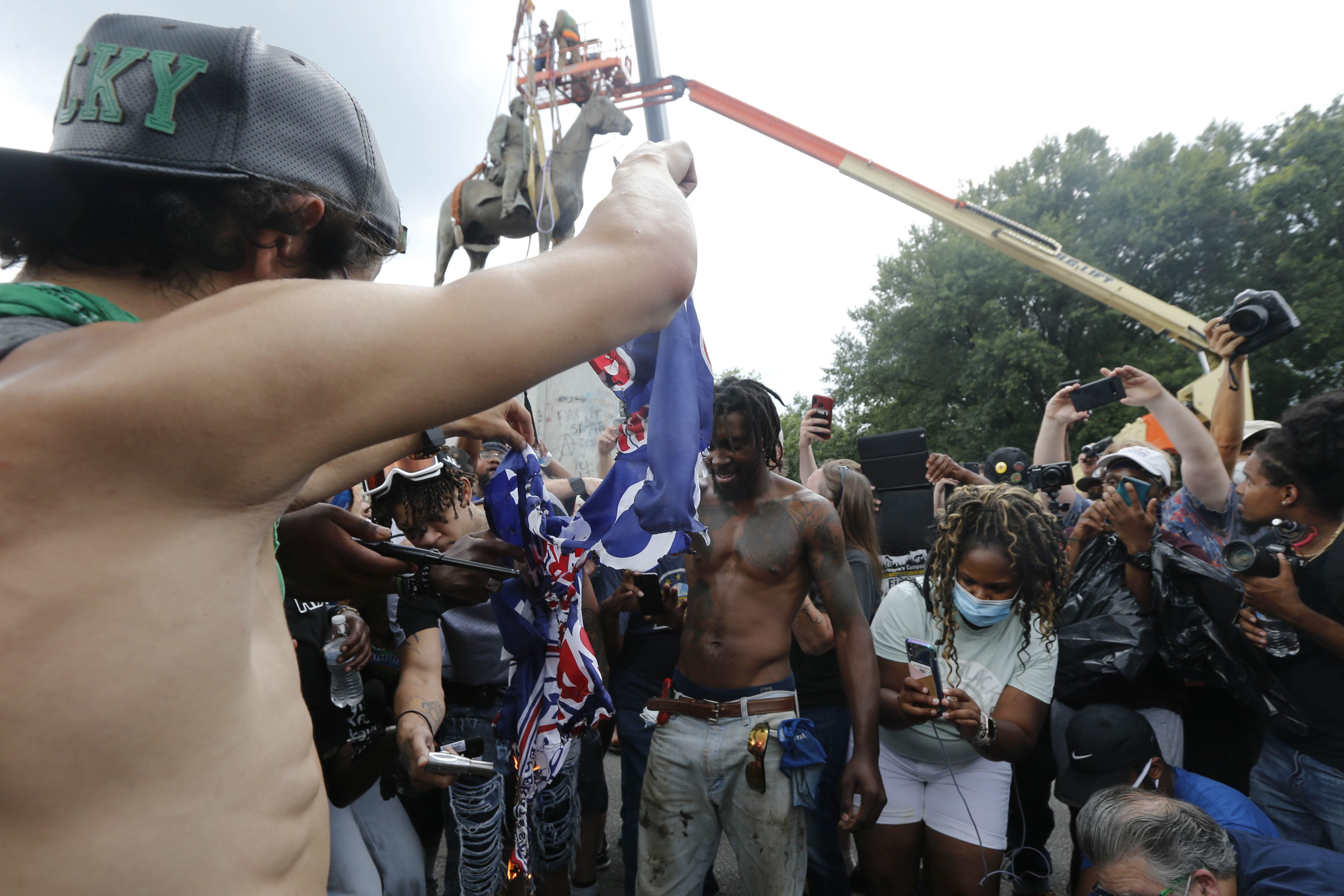 But during this morning’s meeting, Stoney was taken aback when the city council scheduled a special meeting for Thursday to formally vote on a resolution on the removal.

“Today, I have the ability to do this through my emergency power,” Stoney said. “I think we need to act today.”

Stoney noted that hundreds of demonstrators have held protests in the city for 33 consecutive days, “Failing to remove the statues now poses a severe, immediate and growing threat to public safety,” he said.