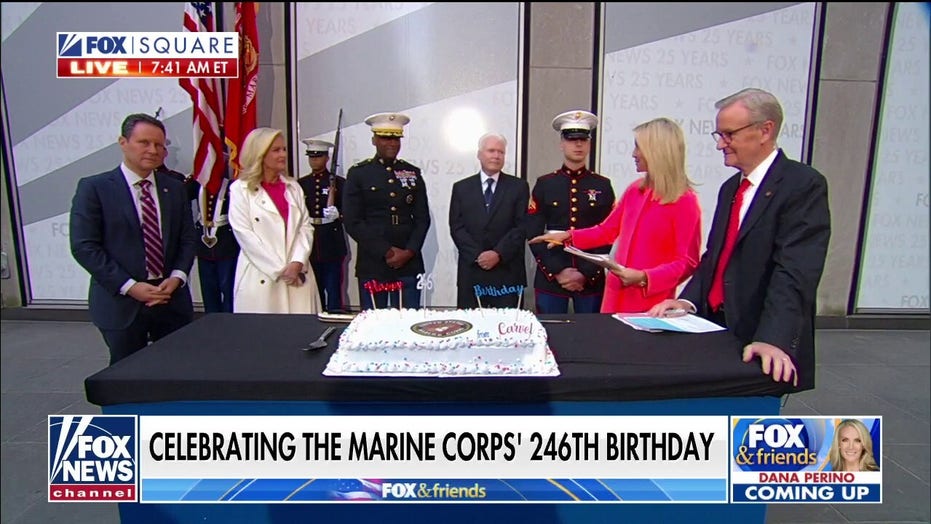 Marines across the globe are recognizing and acknowledging 246 years of service to their country on Wednesday, along with the sacrifices they made to defend democracy and the Marine Corps’ enduring legacy as America’s premier fighting force.

The Marine Corps’ annual tradition celebrates the establishment of the organization on Nov. 10, 1775, by the Second Continental Congress. Following their role in the American Revolution, the Marines were abolished following the Treaty of Paris in April 1783. Then, on July 11, 1798, Congress ordered the creation of the Marine Corps and directed that it be available for service under the Secretary of the Navy.

“As we mark the 20th anniversary of those who fought the war on terror and are now retiring, we want them to know that we appreciate their courage, sacrifice, and the valor they showed during this conflict,” General Berger said.

In the message, General Berger and Sergeant Major Black also share their vision for young Marines, who have important roles to play in continuing the legacy of Marines as amphibious warfighters.

GET THE FOX NEWS APP BY CLICKING HERE

“The next generation of Marines may operate differently and in different places than the Marines who wear the Eagle, Globe, and Anchor today. Yet they will join a long and proud heritage of Marine fighters who have never turned from a threat or an enemy. We will always remain most ready when our Nation is least ready, because we must protect our shores and our citizens. And as the next evolution of warfighting becomes our reality, it will still be the Marines who defend this Nation,” said Gen. Berger.