A maskless Trump, accompanied by First Lady Melania, paid tribute at Arlington National Cemetery in Virginia, as Joe Biden covered up in Delaware. 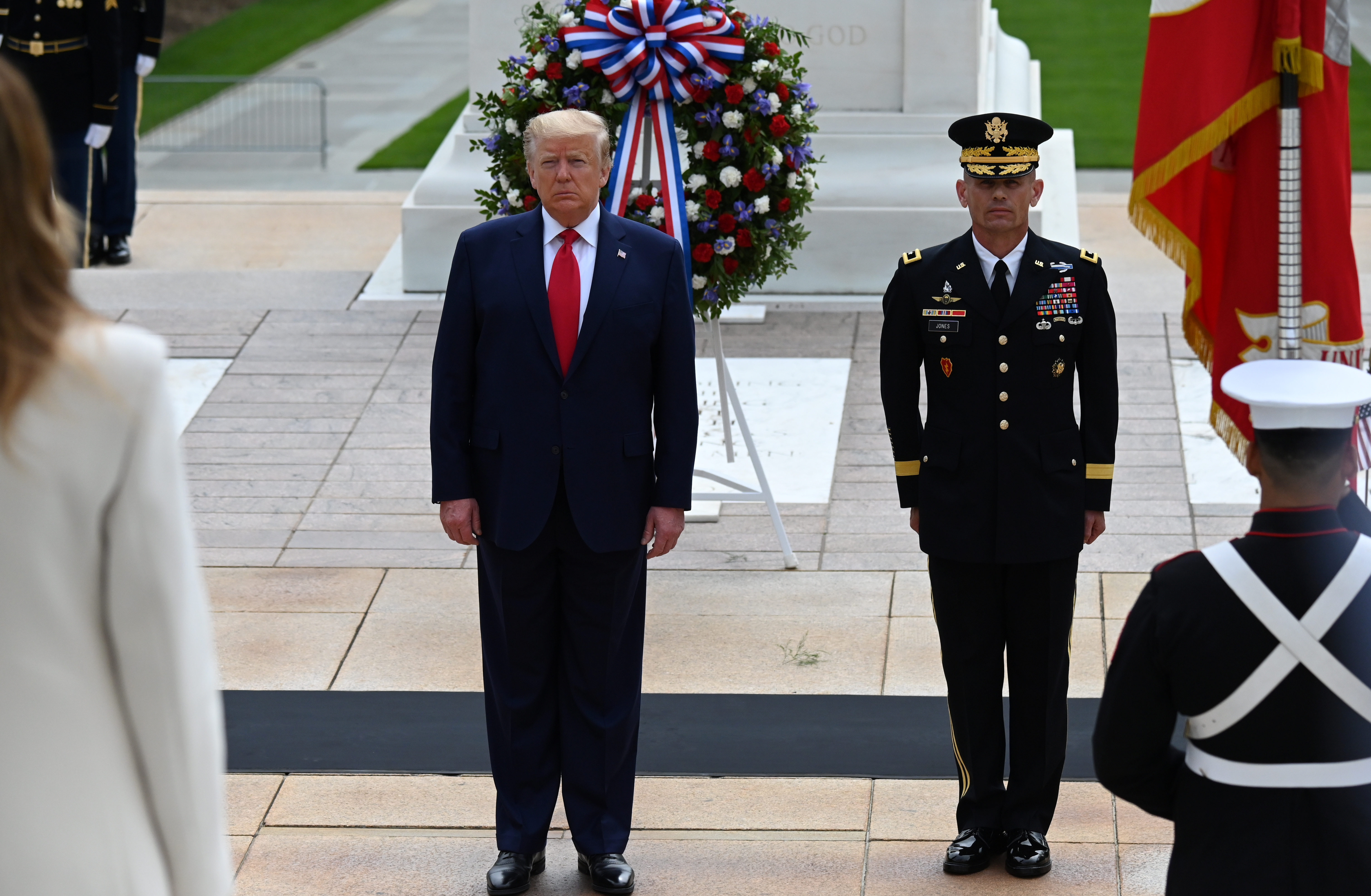 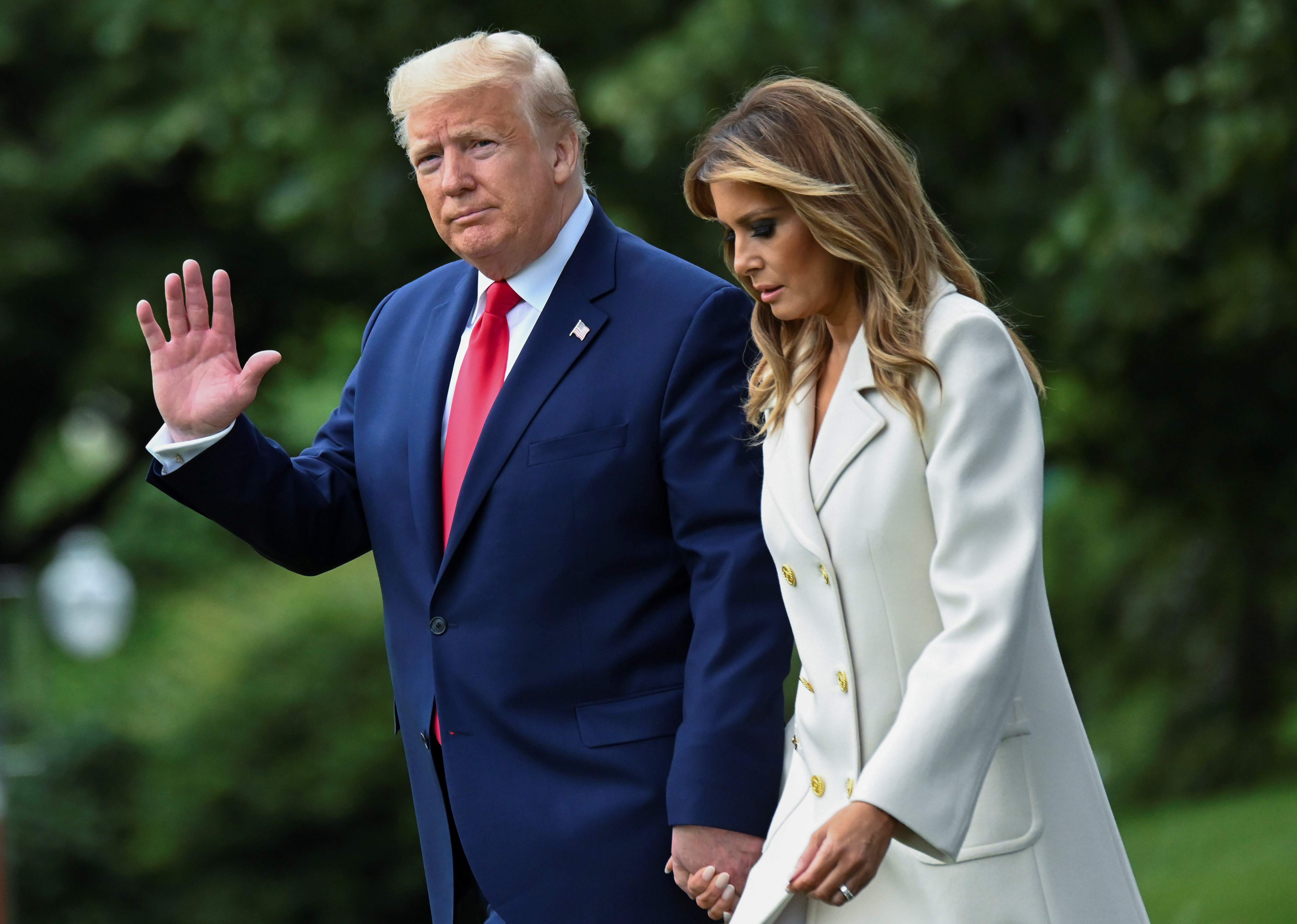 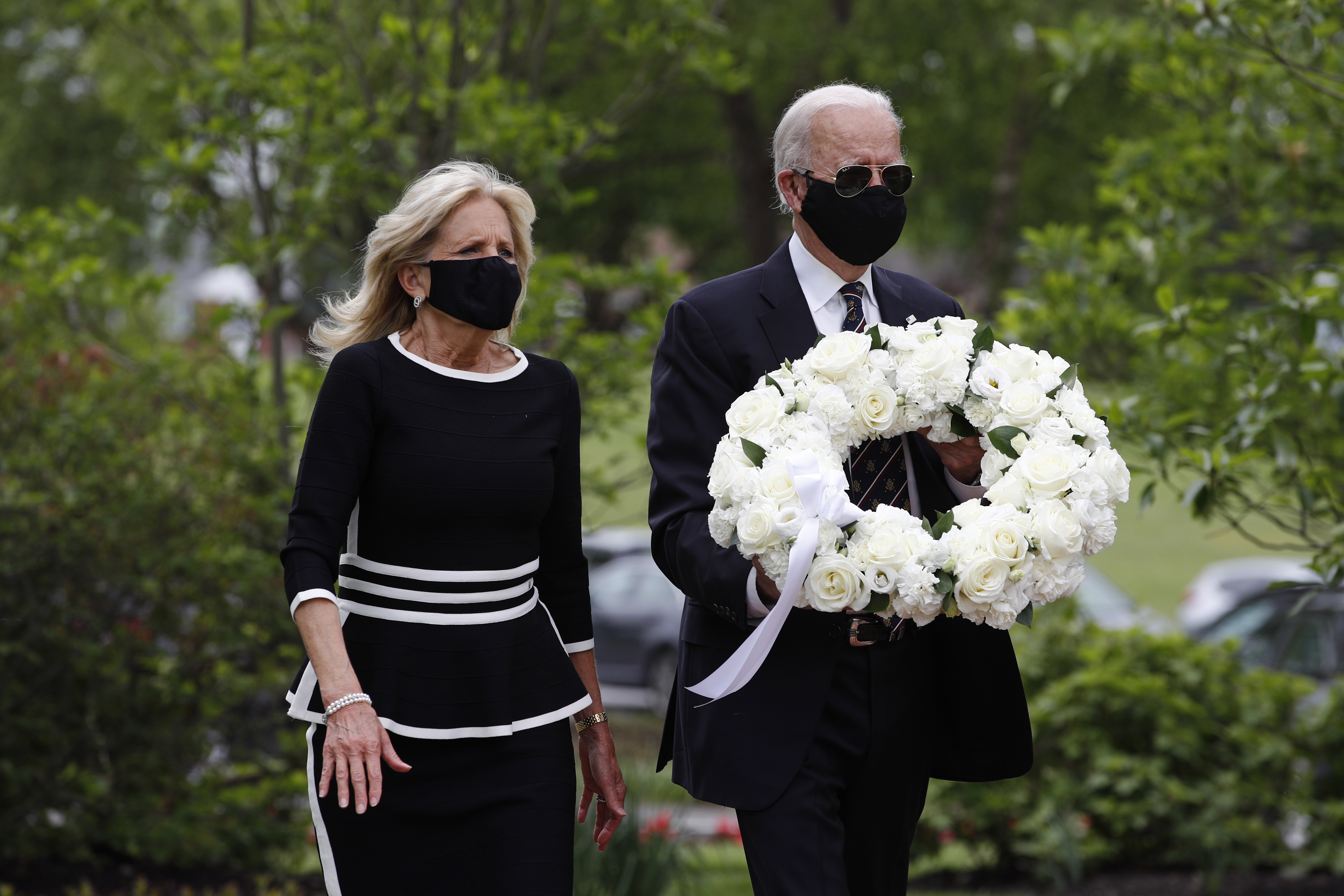 Because of the pandemic, which is expected to claim its 100,000th American this week, the ceremony looked different this year.

Presidents on Memorial Day typically honor fallen military members by laying a wreath and delivering a speech at the hallowed burial ground in Virginia.

Instead, Trump, maskless as always in public, gave no remarks this time. He approached a wreath already in place, touching it.

Attendees at the Tomb of the Unknown Soldier arrived wearing masks and removed them for the ceremony in the well-spaced crowd.

Both more a mask as they laid a wreath tribute in recognition of fallen soldiers.

At 77, Biden is among the nation's senior population thought to be especially vulnerable to the effects of the coronavirus — though so is Trump, who turns 74 next month.

It’s where a poem, written after a huge American flag was hoisted to celebrate an important victory over the British during the War of 1812, became “The Star-Spangled Banner.”

The President acknowledged the coronavirus pandemic, saying "As one nation we mourn alongside every single family that has lost loved ones, including the families of our great veterans."

"Together we will vanquish the virus and America will rise from this crisis to new and even greater heights."

"The dignity daring and devotion of the American military is unrivalled anywhere in history and any place in the world."