McLaren is to cut 1,200 jobs from its 4,000-strong workforce after being ‘severely affected’ by the coronavirus pandemic

Exotic super car and Formula 1 team manufacturer McLaren is to cut more than a quarter of its 4,000-strong workforce due to coronavirus.

The Surrey-based firm said in a statement that it has been ‘severely affected by the current pandemic’.

It went on: ‘The cancellation of motorsport events, the suspension of manufacturing and retail activities around the world and reduced demand for technology solutions have all led to a sudden impact on the group’s revenue-generating activities.’ 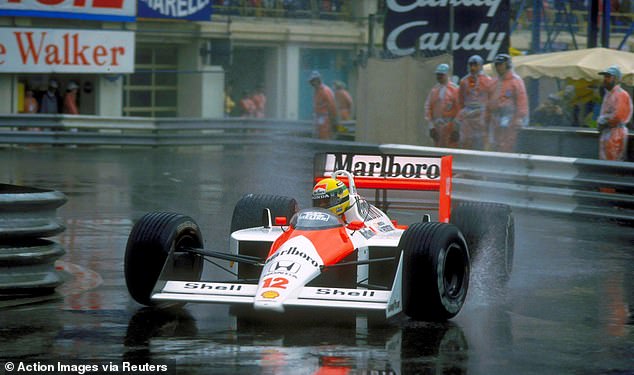 Formula 1 team McLaren has announced it is laying off more than a quarter of its 4,000 workforce as a result of coronavirus, pictured is Ayrton Senna racing in the rain during the 1988 Monaco Grand Prix

The group’s executive chairman Paul Walsh said: ‘We deeply regret the impact that this restructure will have on all our people, but especially those whose jobs may be affected.

‘It is a course of action we have worked hard to avoid, having already undertaken dramatic cost-saving measures across all areas of the business.

‘But we now have no other choice but to reduce the size of our workforce.

‘This is undoubtedly a challenging time for our company, and particularly our people, but we plan to emerge as an efficient, sustainable business with a clear course for returning to growth.’

It was reported earlier this month that McLaren is seeking to borrow up to £275 million by mortgaging its Woking headquarters and historic car collection. 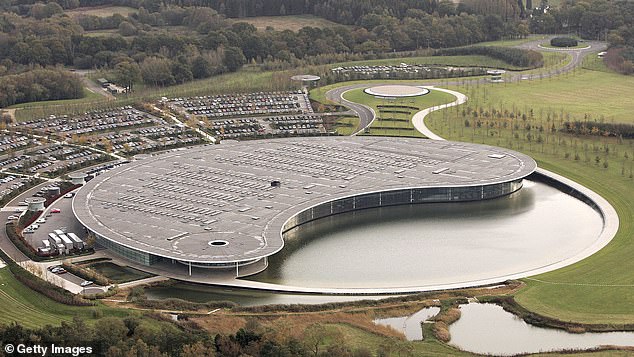 McLaren has announced that it is laying off 1,200 of its 4,000 workforce due to coronavirus. The Woking-based company, pictured, has been dramatically affected by the lockdown

The job cuts were announced on the same day it was confirmed that Dr Andy Palmer is to leave his position as boss of Aston Martin amid a collapse in the luxury carmaker’s share price.

Meanwhile, there is speculation that Japanese car firm Nissan will cut 20,000 jobs from its worldwide workforce.

A 175 million US dollar (£142 million) cap on race car performance spending was set to be introduced for Formula One next year in a new rule designed to make the sport more competitive.

Talks have been held on reducing the figure in the wake of the Covid-19 pandemic.