TWELVE people have been wounded and one person has died when a gunman opened fire in Minneapolis.

Police are advising the public to avoid the area in Uptown Minneapolis, a commercial district that includes several bars and restaurants as the shooter remains at large. 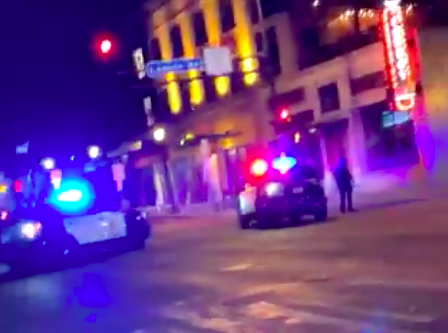 Minnesota began allowing bars and restaurants to reopen with limited service on June 1 after some six weeks of closure because of the coronavirus pandemic.

Photographs posted to social media showed windows at the Landmark's Uptown Theatre and another storefront shot out.

Screams were audible on a live video posted to Facebook that showed the aftermath at the scene.

Small crowds of people gathered, with some crouched over victims lying on the pavement before police officers on bicycles showed up to attend to them.

Splatters of blood were visible on the pavement after the victims were taken to local hospitals.

The area is about 3 miles  west of the Minneapolis commercial area and neighborhood hit by rioting in the wake of George Floyds May 25 death after being arrested by Minneapolis police.