Mohammed bin Rashid Al Maktoum: How the Queen’s racing-mad friend’s rule in Dubai has been marred by claims of torture and running secret prisons

The reign of Sheikh Mohammed bin Rashid Al Maktoum, Vice-President and Prime Minister of the UAE, and the ruler of the Emirate of Dubai, has been mired in controversy.

Since his accession in 2006, he has undertaken sweeping reforms in the UAE’s Government, and has been held responsible for turning Dubai into a wealthy and global mega city.

The sheikh trained in the military before being appointed to head of the Dubai Police Force and Dubai Defence Force, and was the UAE’s first defence minister in December 1971.

In January 1995, he was pronounced Crown Prince by his elder brother Maktoum bin Rashid Al Maktoum, and embarked upon a policy of tackling Government corruption that led to the arrest, charging, and unusual public ‘naming and shaming’ of 14 officials, including six officers. 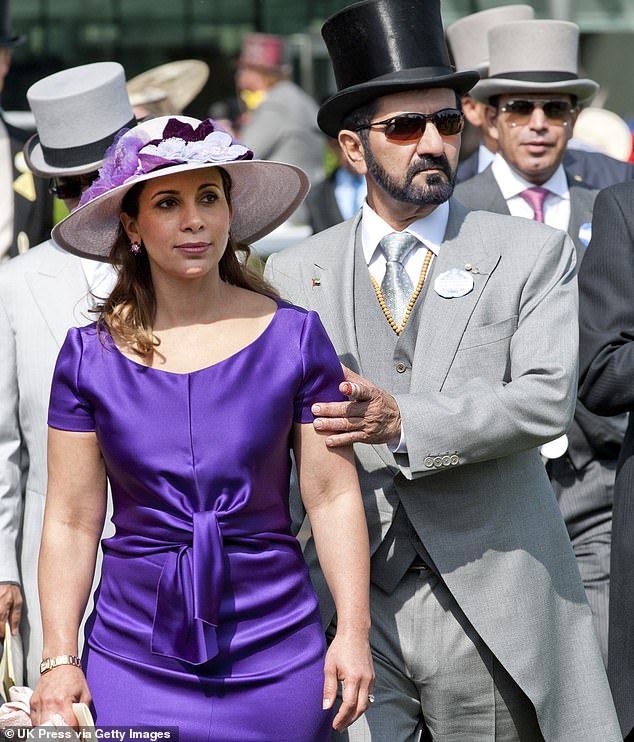 After around one decade of acting as the UAE’s de facto ruler, he became Vice President in January 2006, and Prime Minister of the UAE that February.

He has created and encouraged the growth of numerous Dubai businesses and economic assets, including Dubai World, Dubai Holding, and Emirates flight.

Sheikh Maktoum’s rule has been mired in controversy.

He has come under criticism by human-rights groups for alleged infractions, presiding as he does over a judicial system which mandates the execution of criminals by firing squad, hanging, or stoning.

Sentencing for flogging – a legal punishment for criminal offences such as adultery, premarital sex, and alcohol consumption – ranges between 80 and 200 lashes.

Apostasy from Islam and homosexuality are a crimes punishable by death, while women in the country require permission from male guardians to marry and remarry.

It is not permitted to be critical of the UAE Government, royal families, officials, and police, in any way. Attempts to demonstrate in public are met with resistance.

Human Rights Watch has accused the UAE regime of violating rights to freedom of expression, while US intelligence identified that the UAE had developed its own messaging app – to be used for spying purposes.

The UAE Government has also been accused of kidnapping, detaining, and torturing political opponents and expats, often to extract forced confessions of alleged plots to overthrow the regime. For instance, during the Arab Spring in 2011, at least 100 activists were jailed and tortured.

The Arab Organisation of Human Rights listed 16 different methods of torture used by the UAE Government, including electrocution.

Meanwhile, Amnesty International accused the UAE of running secret prisons in Yemen where prisoners are forcibly disappeared and tortured. 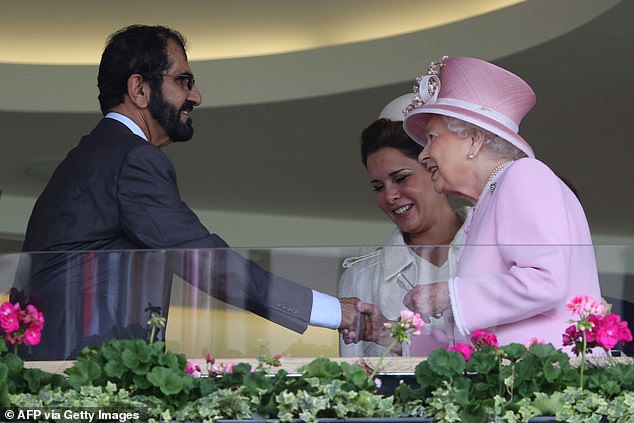 Here is a timeline of events in the case.

Summer 2000 – During a visit to England, Shamsa runs away from her family and seeks immigration advice to try and stay in the UK.

August 2000 – Shamsa is taken from the streets of Cambridge by men working for her father.

She is taken to her father’s home in Newmarket, before being taken by helicopter to France and then to Dubai. She has not been seen in public since.

March 2001 – A woman claiming to be Shamsa contacts Cambridgeshire Police, saying she has been taken from England to Dubai.

December 2001 – The Guardian publishes an article suggesting Shamsa has been abducted from the UK.

February/March 2018 – A video of Latifa is uploaded to the internet, in which she gives a detailed account of important events in her life. She also describes what she knows about her sister Shamsa’s time in England and her subsequent abduction.

December 6, 2018 – The BBC broadcasts a documentary called Escape From Dubai: The Mystery Of The Missing Princess.

February 7, 2019 – Sheikh Mohammed divorces Princess Haya under sharia law without her knowledge. She says this date, which coincides with the 20th anniversary of her father’s death, is deliberately chosen to ‘maximise insult and upset to her’.

April 15 – Princess Haya travels to the UK with Jalila and Zayed.

May 14 – Sheikh Mohammed issues proceedings at the High Court in London seeking the summary return of his two children with Princess Haya to Dubai.

May 22 – First High Court hearing before Mr Justice Moor – the media, who are unaware of the hearing or even the proceedings, do not attend.

July 16 – On the eve of a ‘scoping hearing’ to consider media issues before Sir Andrew McFarlane, president of the family division of the High Court, Princess Haya issues applications to make the children wards of court, for a forced marriage protection order and for a non-molestation order.

July 17 – Three journalists attend and lawyers for Sheikh Mohammed apply for them to be excluded. Sir Andrew says the hearing is relatively short while those in court ‘simply scope out what lies before us’ and to consider what information, if any, should be given to the media. The judge adds that the parties will issue a short statement explaining the nature of the proceedings.

July 18 – With the permission of the court, the parties release the following statement: ‘The parties to these proceedings are HH Sheikh Mohammed bin Rashid Al Maktoum and HRH Princess Haya Bint Al Hussein. These proceedings are concerned with the welfare of the two children of their marriage and do not concern divorce or finances.’

July 30 – At a hearing to work out issues, including the question of media reporting and to how to proceed to a final hearing to determine the welfare issues, Sir Andrew allows the media to report that Sheikh Mohammed has applied for the summary return of the children to Dubai, and that Princess Haya has applied for the children to be made wards of court, for a non-molestation order and a forced marriage protection order.

November 12-13 – Sir Andrew conducts a hearing to make findings of fact in relation to Princess Haya’s allegations against Sheikh Mohammed.

December 11 – The judge delivers his ruling on the fact-finding hearing. However, strict reporting restrictions preventing its publication remain in force.

January 17, 2020 – The judge delivers a ruling on a series of ‘assurances and waivers’ given by Sheikh Mohammed to Princess Haya. He also conducts a hearing to determine whether his earlier rulings should be made public.

January 27 – Sir Andrew concludes that his earlier rulings should be published, but the publication is postponed pending a Court of Appeal challenge by Sheikh Mohammed to this decision.

March 5 – The Supreme Court announces that it has refused permission to appeal and all previous rulings are made public.

The judge’s conclusions are that Princess Haya was subjected to a sustained campaign of fear and intimidation by her former husband. He also finds that Shamsa and Latifa were abducted on their father’s orders.