Three flights carrying 252 workers from the Newmont Corporation’s Granites gold mine in the Northern Territory, where a man has tested COVID-positive, have arrived in Perth between June 18 and 25.

West Australian Premier Mark McGowan said each of the workers were sent a text message and contact tracers were in the process of phoning and speaking to each of them.

Of the arrivals, 177 who arrived on flights on June 22 and June 25 are considered close contacts of the man who was on the mine site after contracting COVID-19.

“They will need to immediately quarantine for 14 days and get tested for COVID-19,” Mr McGowan said via his Facebook page.

“The 75 who arrived on the flight on 18 June are considered casual contacts. These contacts are of lower risk given the minimum period of exposure to the case when he was less likely to be infectious. They will need to get tested and quarantine until they receive a negative result.”

The infected miner arrived at the mine 540 kilometres north west of Alice Springs, from Brisbane on June 18. 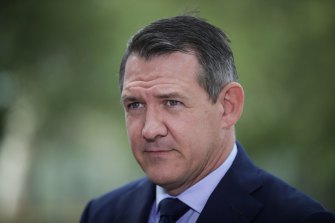 Authorities believe the worker caught the Delta variant of the virus during an overnight stay at the Novotel langley Brisbane quarantine hotel and was potentially infectious from the day he arrived at the site.

About 900 people have left the mine site since June 18 via charter flights to Darwin, Alice Springs, Brisbane and Perth.

A Newmont spokesman said the potential case was identified on June 24 and confirmed on Saturday.

The case is one of the first since the pandemic began to be recorded at a mine site and will rock the industry, which has worked hard to keep the virus out to preserve operations.

WA’s Chief Health Officer Dr Andrew Robertson said the Department of Health was identifying potential contacts of the case in the NT who had since travelled to WA.

He also updated his health advice for people returning from the mine and arriving from the NT more broadly.

“Anyone who has travelled to WA from Granites gold mine and was at the mine between 18 June (midday) and 25 June 2021 is required to self-quarantine for 14 days and be tested immediately (within 48 hours) and at day 11,” he said.

“Anyone from the Northern Territory who was not at the mine and has arrived after 18 June 2021 is required to get tested if they develop any symptoms that may be related to COVID-19.”

NT Chief Health Officer Hugh Heggie said due to the nature of the case being located at a FIFO site, there were a large number of close contacts that had been identified.

“As soon as his test came back positive around midnight, approximately 12 hours ago, the director for disease control was notified and our procedures kicked in and everyone on the mine site has gone into isolation and the mine started shutdown processes and tracing commenced,” NT chief minister Michael Gunner said.

The Newmont spokesman said it has activated a COVID response plan and confirmed it had temporarily suspended all operations and isolated all non-critical employees.

“These actions are in addition to the safety measures already implemented at the site to protect
our workforce and nearby communities. Some of these measures include pre-screening at all
entry points to site, on-site hygiene controls and reduced workforce on-site,” he said.

“Newmont will continue to work closely with the Northern Territory Department of Health.”

“Right from the start of the pandemic we’ve had plans in place to work with local Aboriginal communities to respond to outbreaks in remote areas in Australia,” he said.